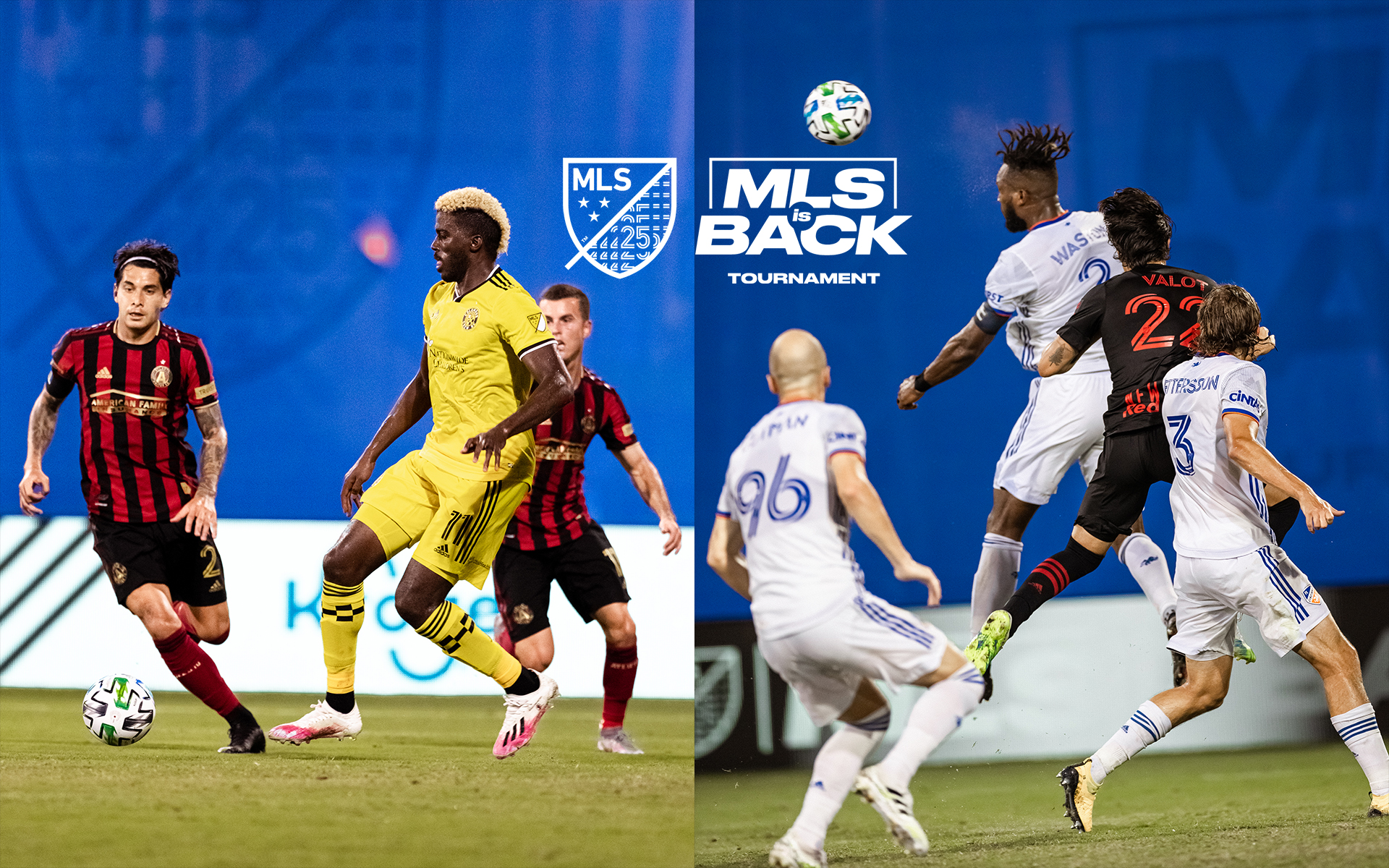 Phrases like “MLS is going to MLS” and “MLS is drunk” have been bandied about frequently in reference to MLS is Back Tournament action. Some of the matches we’ve been drooling over since June were only passable (but we’re watching live soccer!) while predictable matchups were nothing less than exhilarating. And then, there are the teams we’ve come to expect great things from…

Group E was the group you could set your watch by. Atlanta United, New York Red Bulls, Columbus Crew and FC Cincinnati. Last season, they would have finished in that order. But 2020 is weird and MLS is going to MLS.

Going into the third round with no points and no goals, Atlanta was playing for a consolation win. Columbus, in first place and a +7 goal differential, just needed a point to secure their top spot in the group table. It was a low scoring match, but one with big implications.

The Columbus Crew has never been a flashy squad, but the roster has a bit more luster in 2020 with the USMNT’s Darlington Nagbe joining the midfield after the previous two seasons in Atlanta. The club also signed a number of young players in the offseason (Fanendo Adi and Sebastien Berhalter to name a couple) who’ve gained minutes and experience from this tournament schedule.

By contrast, Atlanta was built around big names from day one and in its first three seasons in MLS, the club netted enough trophies to appear invincible, but the end of 2019 and the first two matches of this tournament have revealed that the club’s success may have depended a bit too heavily on star striker Josef Martinez.

While Ezequiel Barco and Gonzalo “Pity” Martinez have been present on Atlanta’s attacking line, and others are putting shots on, not a single player has managed a clean finish in Florida. Tuesday night may have been their best opportunity, with Columbus fatigued and their fate sealed. Atlanta failed to grasp it.

The Crew put on a clinic in the 18th minute, linking 19 passes around a stunned United side, leading to a textbook finish by midfielder Youness Mokhtar.

Atlanta had more than 70 minutes to find an equalizer, a single goal and a single point to bring home from ESPN’s Wide World of Sports as a souvenir. The best they could do was 55 percent possession overall and 15 shots to Columbus’ 9. Additionally, #DeBoerOut began trending once again.

It remains to be seen whether there will be some semblance of a season for Atlanta to attempt to salvage, but this tournament performance will no doubt leave a bitter taste in the mouths of fans and players alike. Frank DeBoer has questions to answer.

Meanwhile, Columbus Crew moves on to face Group D second seed, and Atlanta’s fellow expansion side, Minnesota United FC in the Round of 16.

The first forty minutes of Wednesday evening’s match, featuring Cincinnati and the Red Bulls, was the background sound fans needed to accomplish some midweek chores. It was an incredibly slow and slogging start to a win or go home match.

While New York dominated possession, sloppy passes were easy pickings for Cincinnati, even if the resulting counterattacks were slow and soft. The unspectacular match was broken open by Cincinnati, thanks to a spectacular error on the part of New York. Yaya Kubo received a ball, served on a silver platter by defender Amro Tarek, just outside of RBNY’s 18 and notched the first of two shots his side would put on target.

Six of New York’s starters sent in shots, forward Omir Fernandez leading with 4, but less than a handful of 19 shots were on target. Daniel Royer had a few bright plays. Defender Aaron Long even had a chance. But the only ball New York could put on target went into the wrong net.

In the 56th minute, defender Florian Valot was credited with an own goal when an attempted aerial clearance turned into a wayward deflection. Haris Medunjanin celebrated that corner kick goal as if it were his own and had every right to do so.

Cincinnati — still struggling for an identity in their second year in MLS and with a new head coach, Jaap Stam, coming on board in the middle of the shutdown — did what every team hopes to do in such a tournament. They took advantage of every opportunity that presented itself and made the most of it. Whether it’s due to luck or grit, happenstance, or skill, New York is headed home while Cincinnati has earned a berth in the Round of 16.

Cincinnati’s next opponent will be the winner of Group F, either Portland Timbers or LAFC.