MLS is Back, July 21: Toronto FC and New England Advance With A Draw 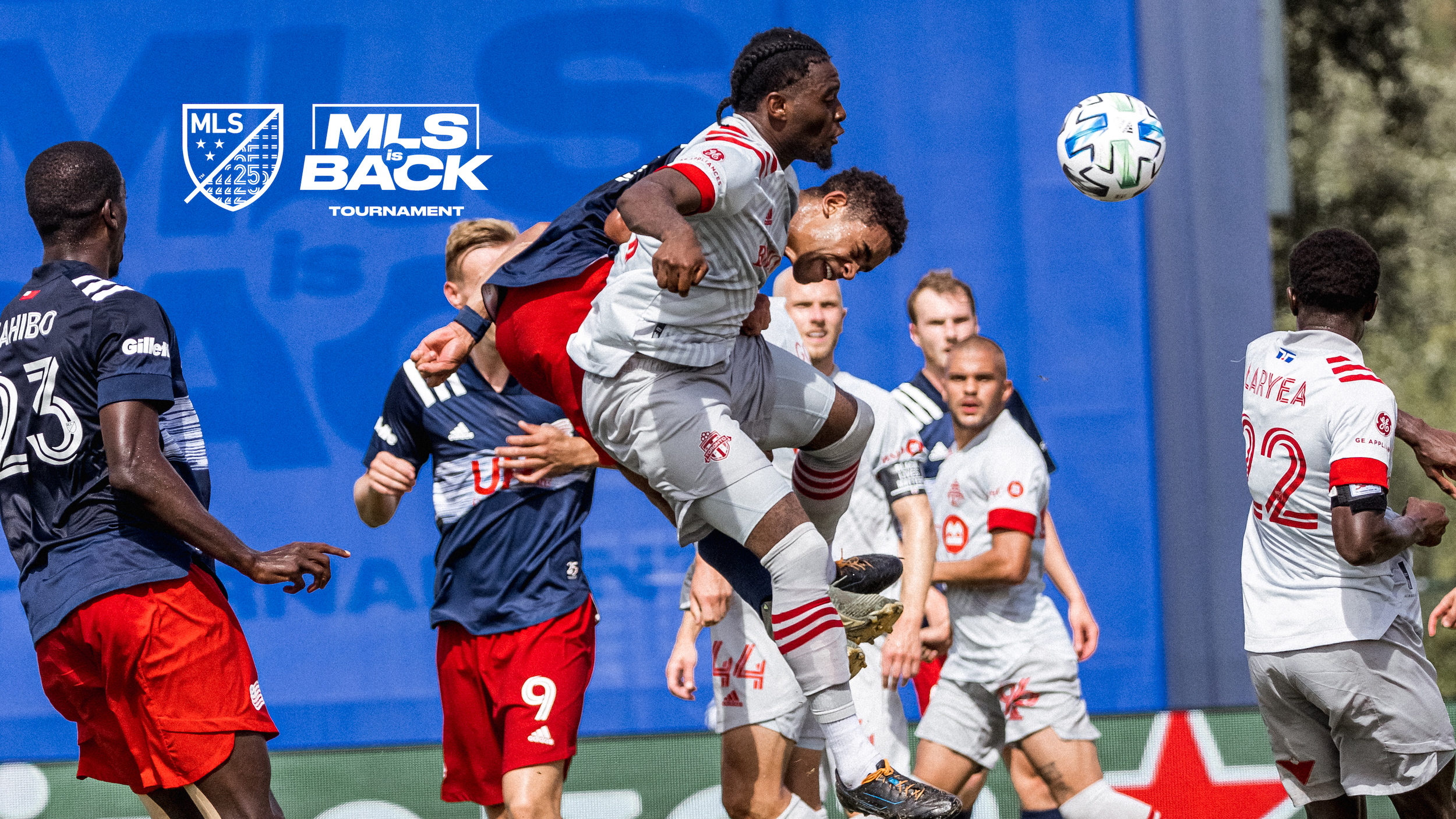 In what was arguably the most exciting draw of the MLS is Back Tournament thus far, Toronto FC met the New England Revolution for an early morning match on Tuesday. These morning matches have often been slower-paced soccer, and if you slept through your alarm and just read the final score, you might think that this was the case today. But you’d be wrong.

The match started out looking like it was going to be a one-sided pummeling, as Toronto came out early with the bulk of both possession and shots taken. The Revs were battling, but it seemed that once Toronto got their shots calibrated against the morning sunshine that they’d run away with it. They were never quite able to settle in, however, and they went into halftime with nothing to show for their efforts.

The teams came back from the half revived, and Bruce Arena seemed to have imparted some helpful direction as the Revolution definitely stepped up their level of play at the start of the second half. The match became very physical as both teams grew more frustrated with one another’s tenacity – both on the attacking and defending sides. It appeared that the game would see at least one penalty by the final whistle but despite close calls, the referee never pointed to the spot.

This Group C match-up could have been a low-energy cakewalk, with the early hour and both teams with a comfortable 4 points in the group standings, but the drive of both teams made it a really electric game. Neither seemed willing to leave their exit from the group stage to chance and with their draw actually afforded each team the reward – a spot in the Round of 16.

After the morning’s 90 minutes of battle, Toronto and New England can watch the rest of the day without anxiety – resting in the comfort of their advancements.