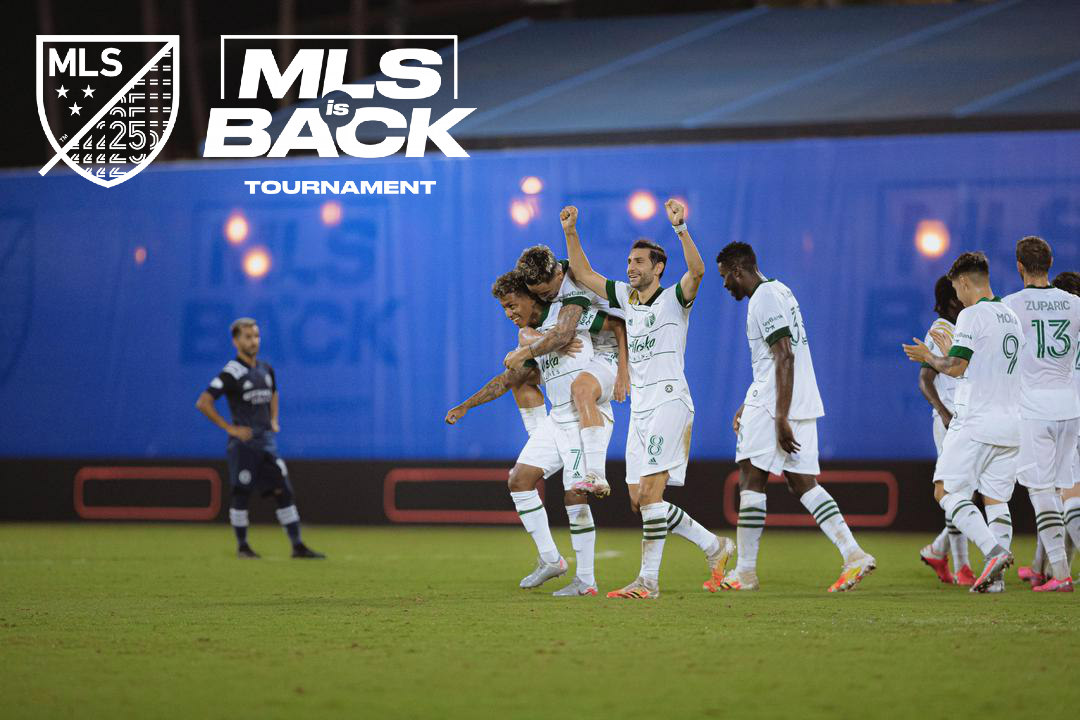 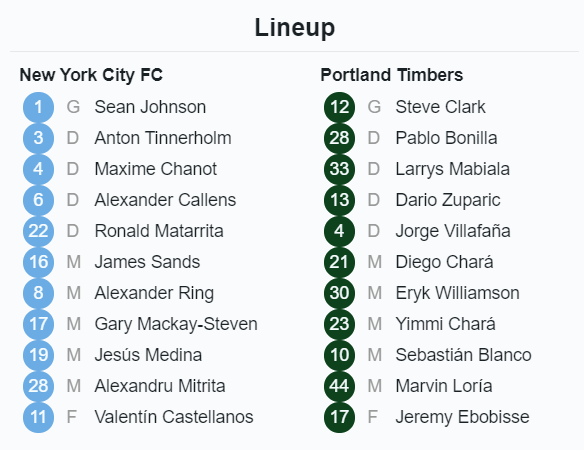 New York City had the lion’s share of possession in the first half, they were first to make their mark in the score sheet, and they had their chances in front of the net; but in the end it was the Portland Timbers who dominated the game and came away with the win on Saturday, August 1st, defeating NYCFC 1-3 and advancing to the semifinals in the MLS Is Back Tournament.

In the first half, New York City had some close calls and opportunities to score. One of their best chances came in the 15th minute, after Portland’s Yimmi Chara took one too many touches and lost the ball. Ronald “Mata” Matarrita put in a solid cross in front of the Timbers’ net, but it was just out of reach of both Valentin “Taty” Castellanos and Jesus Medina. The Timbers had a scare shortly thereafter, as forward Jeremy Ebobisse got cleated and bloodied by James Sands, who landed with a hard boot on the back of his hand. Fortunately, Ebobisse got patched up on the sideline and was able to return to the match.

In the 26th minute, Portland’s centerback Larrys Mabiala gave up a penalty when he got entangled with NYCFC’s Jesus Medina. Medina gave New York City the lead when he buried his penalty kick in the lower right corner of the net. New York City’s lead held for much of the half, until Portland’s patience and buildup finally paid off, when PTFC’s Sebastian Blanco found the back of the next in the 43rd minute to level the score at 1-1, a score that held into the half.

With short recovery times between matches during the tournament overall, both Portland and New York City worked to rotate their squads, subbing in some of their stars in the second half– PTFC’s Diego Valeri in for Marvin Loria at the half, NYCFC’s Maximiliano Moralez coming in for Steven Mackay in the 56th minute. Portland also subbed in new DP signing Jaroslaw Niezgoda for Yimmi Chara at the 52nd minute.

Portland started making more opportunities for themselves in the second half. NYCFC ‘s keeper Sean Johnson kept his team in the game, not once but twice in the 53rd minute, surviving multiple onslaughts from Jeremy Ebobisse. Ultimately, though, New York City succumbed to Portland’s attack, when Diego Valeri found the back of the net with a deft assist from Jaroslaw Niezgoda to put the Timbers ahead 2-1 in the 65th minute. Later, second half sub Andy Polo put the exclamation point on the match, quickly making his mark with a screaming, curling shot from deep left in the 76th minute, assisted by Sebastian Blanco, who with two goals and five assists has been directly involved in seven of Portland’s ten tournament goals.

With the win, Portland advances to the semifinals on Wednesday, August 5th at 8:00 pm EDT, where they face the Philadelphia Union for the right to advance to the finals.