MLS is Back 2.0: Dallas and Nashville Make Up For Tournament Absence with One Goal Series 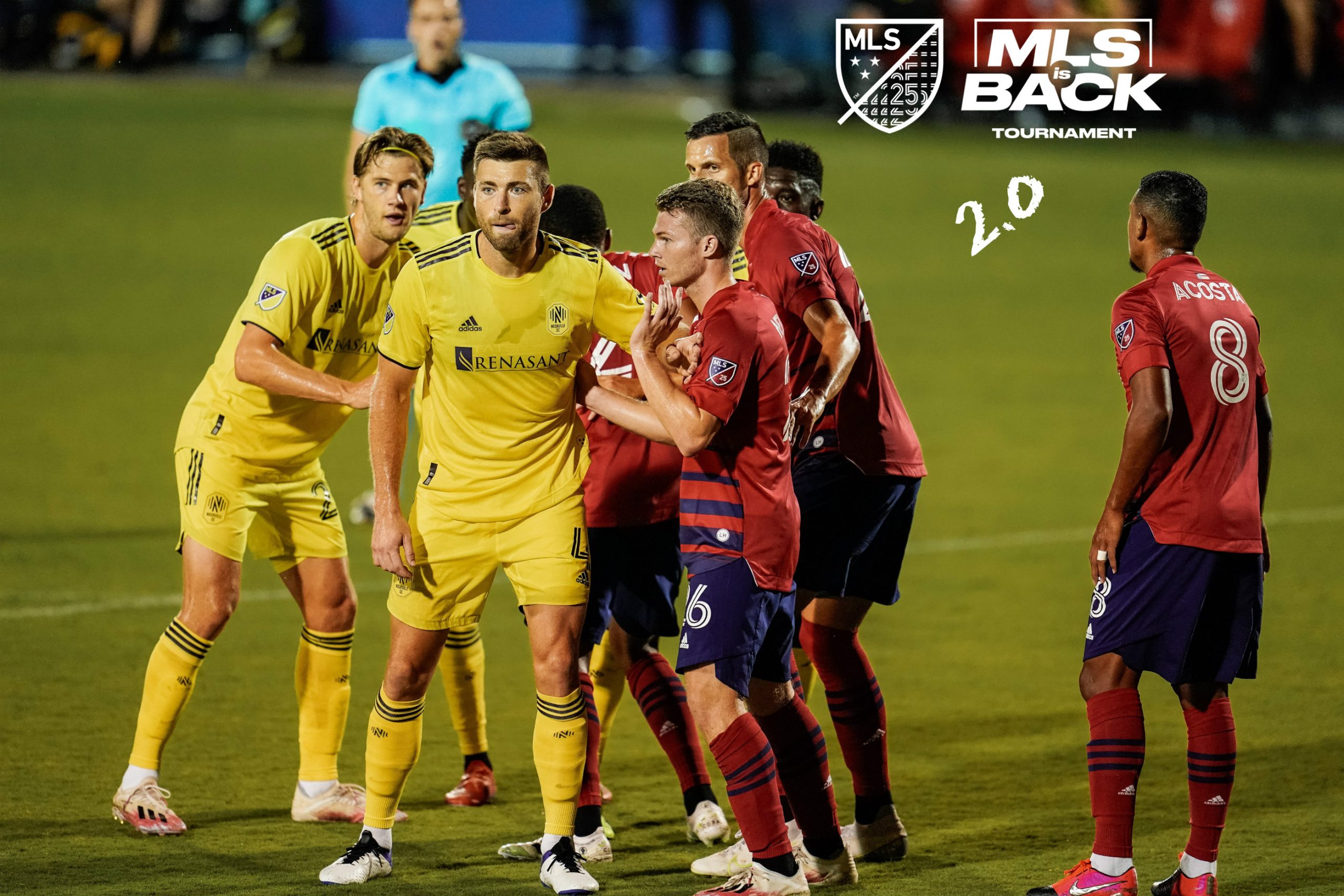 MLS is Back 2.0, also known as Restart Phase 0.5 (Why not?), was staged at Toyota Stadium, with two matches in five days. The matches on August 12 and 17 gave FC Dallas and Nashville SC a chance to kickstart their restart after being cut from the MLS is Back bracket due to widespread positive COVID-19 tests. Any fans expecting a continuation of “MLS is Drunk” were probably disappointed. But business is business and results aren’t always so pretty.

Dallas’ hosting duties got off to a poor start on August 12 with a national anthem confrontation that rightfully took all the headlines. The fans’ actions will get no more mention here, but the response from FCD defender Reggie Cannon is certainly worthy of another viewing.

The fireworks were far fewer on the pitch, with no goals scored until the 86th minute. The highlight reel shows cross after cross, narrow block after narrow block, until Nashville super sub David Accam seized a chance to shoot his shot. Traffic between the midfielder and goal caused a deflection, and goalkeeper Jimmy Maurer’s only miss all night. The expansion side’s first win was a long time coming.

Just five days after Nashville stole Dallas’ thunder in their own stadium, a lightning show sapped a potential comeback. Nashville was set to play honorary host for leg two on Sunday evening, but a Monday morning kickoff was not part of the game plan. Kickoff was repeatedly delayed by lightning — with the squads making it nearly through the tunnel on one occasion before being sent back to the locker rooms — until just after midnight. Due to city ordinance, the playing of the anthem (and all other PA and speaker usage) was jettisoned in favor of getting on with the action.

Dallas led in possession (63.7%) and passing accuracy (84% of 539 passes to Nashville’s 73% of 303), but Nashville had them beat on shots, 21 to 12. Maurer again came in clutch for Dallas and even Accam — again subbed in late in hopes of more theatrics — couldn’t find an open window. And Dallas came heartbreakingly close.

On this night though, the true highlights may have been in the stands.

The scoreless draw brings Nashville up to 11th in the East with 4 points. FC Dallas sits in 10th in the West with 5. Phase 1 of the restart will now officially begin on Tuesday, August 18, but Nashville and Dallas get a few days rest. Dallas heads to Houston on Friday, August 21, with a 7:00 PM CST kickoff. Nashville will go to Atlanta on Saturday– A 6:00 PM CST kickoff that will not be threatened by weather.