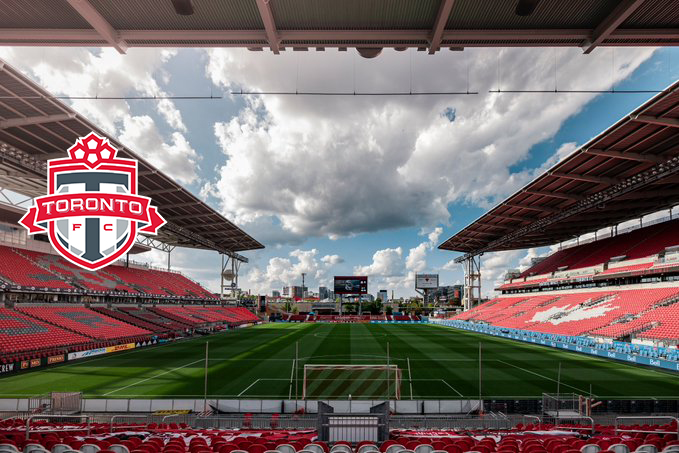 No, that’s not a typo. Toronto FC and Vancouver Whitecaps FC faced each other on Friday evening for the second time this week as part of a stretch of Canadian matchups to avoid cross-border travel for Phase I of the restart.

Canadian international Liam Fraser, who has struggled to get playing time in competition with captain Michael Bradley, got a rare start for Toronto. In another prematch surprise, Vancouver’s Yordy Reyna was removed from the bench despite his initial inclusion, although exactly why this change was made has not been confirmed by the club.

Toronto dominated the majority of early possession, ending the first half with 68 percent. A cross in the 12th minute from Jozy Altidore to Auro Jr. looked like it was going in, but Thomas Hasal made a spectacular save to deny Toronto an early goal. In the end, it was Richie Laryea who opened the scoring in the 15th minute with a strike from the edge of the box.

The final ten minutes of the half saw Vancouver start to put on some pressure after playing defensively for most of the preceding 35 minutes but they weren’t able to capitalize on it.

The second half opened with Altidore surprisingly being subbed off for Patrick Mullins. The tactical switch in attack couldn’t be tested immediately as Toronto was promptly pushed into defense. A free kick near the edge of the box for Vancouver in the 47th minute went wide, but much more equal and attacking play followed. A foul, and subsequent yellow card, by Alejandro Pozuelo, gave Vancouver a dangerous opportunity in the 86th minute. However, Ali Adnan’s freekick was blocked by the wall.

A few more attempts by both sides kept the goalkeepers on their toes through four minutes of added time, but the score held. Despite a stronger presence on the field from Vancouver than Tuesday’s game, the relatively quiet match ended in a 1-0 victory for Toronto FC.

Hasal put on an impressive performance in Vancouver’s net, making seven saves total. While Vancouver wasn’t able to capitalize on any of their offensive play, Hasal played a key role in holding Toronto to just one goal for the evening.

After back to back matches at BMO Field, the Canadian MLS action will now head north to Montreal where Vancouver will face the Impact on August 25th.

This stretch of MLS matchups from August 18 to September 16 holds more weight for the Canadian clubs than for their US counterparts. These games not only accumulate MLS regular season points but will also serve as qualifying for the 2020 Canadian Championship.

In lieu of the usual coast-to-coast tournament, whichever club accumulates the most points will head directly to the Canadian Championship final. Their opponent? The winner of the Canadian Premier League’s 2020 Island Games.

Where and when the final will take place is still to be determined. One way or another, while the 2020 U.S. Open Cup has been cancelled, a Canadian club will lift the Voyageur’s Cup this year despite the many challenges in making it happen.