D.C. and Cincinnati Split Points (and the Woodwork) in No Goal Draw 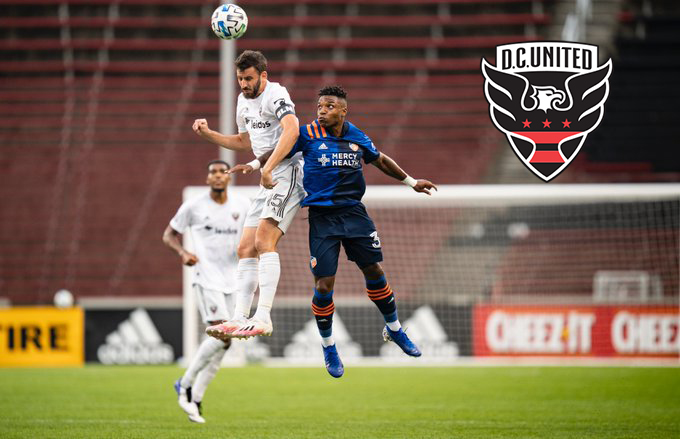 D.C. United’s coach, Ben Olsen, sparked interest prior to the match with a fresh lineup and formation that presented a much-needed change to the Black-and-Red’s modus operandi. With striker Ola Kamara back in the XI, Olsen also included up and coming homegrown player Kevin Paredes, and notably omitted this season’s blockbuster signing, Peruvian star Edison Flores.

With Flores in the 18 alongside veteran playmaker Federico ‘Pipa’ Higuain, Olsen left himself plenty of options for super subs and solid fresh legs to make the most of the five allowed substitutions.

While Olsen made significant efforts to switch things up tonight, FC Cincinnati is a far cry from the struggling expansion side of last season. With skilled players like Gyau and Locadia, and the addition of new head coach Jaap Stam (Manchester United alum and Dutch National team player), Cincy may still be finding their feet but should not be underestimated.

D.C. United applied pressure to Cincinnati early and had an incredible chance in the 8th minute to score on a set piece. Julian Gressel’s free kick found its way to Donovan Pines, but the shot glanced off the woodwork, an opportunity lost. Unfortunately, the match did not improve from there for the Black-and-Red. D.C. would find just one more scoring opportunity in the entire match, an on target shot from Ulises Segura that was denied by Cincinnati goalkeeper Przemyslaw Tyton in the 24’.

Cincinnati found a late opportunity. Jürgen Locadia was looking for an opening in the 84′ when D.C.’s Bill Hamid came out of goal to pressure the attempt. Instead of scoring the game-winner for Cincinnati, Locadia would see his shot deflected off the post. Neither side found another chance, even with three minutes of added stoppage time.

Notably, Olsen took tonight as an opportunity to give his young players much needed minutes on the pitch with Paredes starting and Griffin Yow coming off the bench in the second half.

A long day for D.C. United ended with a point on the road, and while better than nothing, the result was disappointing all the same given the plethora of high caliber players on the roster. The final third remains a challenge D.C. must overcome if they hope to succeed this season.

The Black-and-Red return home to Audi Field to take on the NE Revolution on Tuesday, August, 25th at 7 pm EST.