Houston Emerges From (Yet Another) *Unprecedented Event* 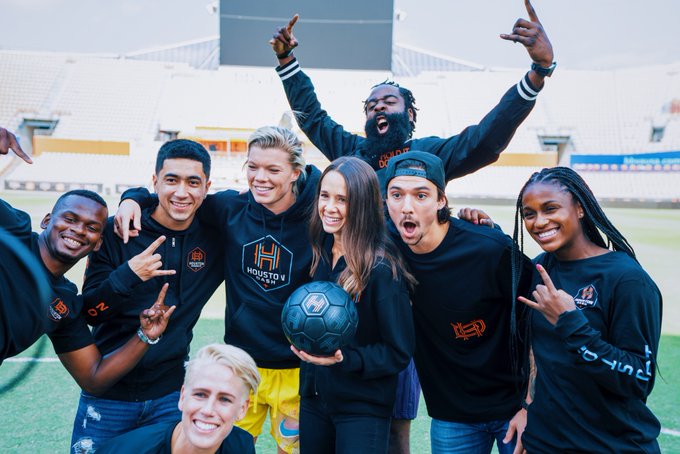 Houston is definitely a resilient city. Since 2020’s pandemic changed the way the world works, Houston has shown its ability to bounce back from a stream of “unprecedented events”. The NWSL launched a summer tournament as the first professional sporting event since the pandemic had brought all events to a halt, and the Houston Dash came away with the inaugural Challenge Cup Championship trophy – the first hardware the team had earned since their 2014 launch. The Dash started up their pre-season at the beginning of February and put in two weeks of training before the next big event came along, this time in the shape of a winter storm, dropping temperatures to lows that the city hasn’t seen in decades starting the evening of Valentine’s Day.

The winter storm hit the state of Texas, and especially Houston, hard as the often-tropical climate means that buildings and infrastructure are simply not built or maintained at a level that can survive sustained freezing temperatures over 24 hours. Water lines broke and power supplies failed. The lack of power caused issues that required the boiling of water for supplies that managed to survive the initial freeze. Roads and bridges, packed with snow and ice, were dangerous and impassable as both vehicles and their drivers are largely unfamiliar with driving in winter weather conditions.

Some Houston soccer players reported their own struggles on social media. Zarek Valentin sat with his toddler while the temperature in his house dropped to 45°F. Christian Ramirez went to a neighbor’s house after several hours without power at his home and wondered cheekily why his city had issued a Boil Water Notice while the water itself had been off for hours. After three days of freezing-or-below temps, Houston’s soccer community jumped into action.

The Houston Dynamo FC and Dash launched a player fundraiser to support the community through and after the freeze. Originally set up to support Houston Mutual Aid, the Houston Food Bank, and Kids Meals Inc., the final funds went to the latter two as Houston Mutual Aid hit capacity for their donations after the initial announcement. After a week of fundraising, the teams collected $30,000 for the two organizations. Despite the fact that the Houston teams can often feel like the forgotten, orange-haired stepchildren of both leagues, the support from across the MLS and NWSL was amazing. Social media shares came from Minnesota United, LAFC, Atlanta, Racing Louisville, Angel City, Sky Blue, and a host of other teams, supporters’ groups, and organizations. It should also be noted that the other MLS teams in Texas held similar fundraisers, with Austin’s community matching Houston’s at $30k. Dallas was, as it always is, just a little short at almost $24,000 (I just had to).

While a full recovery will take some time (I’m still not at 100% with my plumbing at home), Houston has mostly bounced back from the inclement weather. Temperatures one week after the big freeze reached almost 80°F and I got my first sunburn of the spring at one of the kid’s matches. The Houston Dash obtained their first pre-season notch on February 28 with a 0-5 win against the University of Texas Women’s Soccer in Austin. The Dynamo are also back to training and have dropped some pre-season fixture dates for later this month. Funds continue to be collected from an entertaining t-shirt collab featuring Dynamo players Christian Ramirez and Memo Rodriguez – you can get in on the fun and support the Houston Food Bank here.

The 2021 soccer seasons for both NWSL and MLS are on the horizon. Houston has tackled a lot in the last year AND month but will hopefully continue to show its ability to overcome, bring some stunning matches, and maybe just a little bit more silverware.