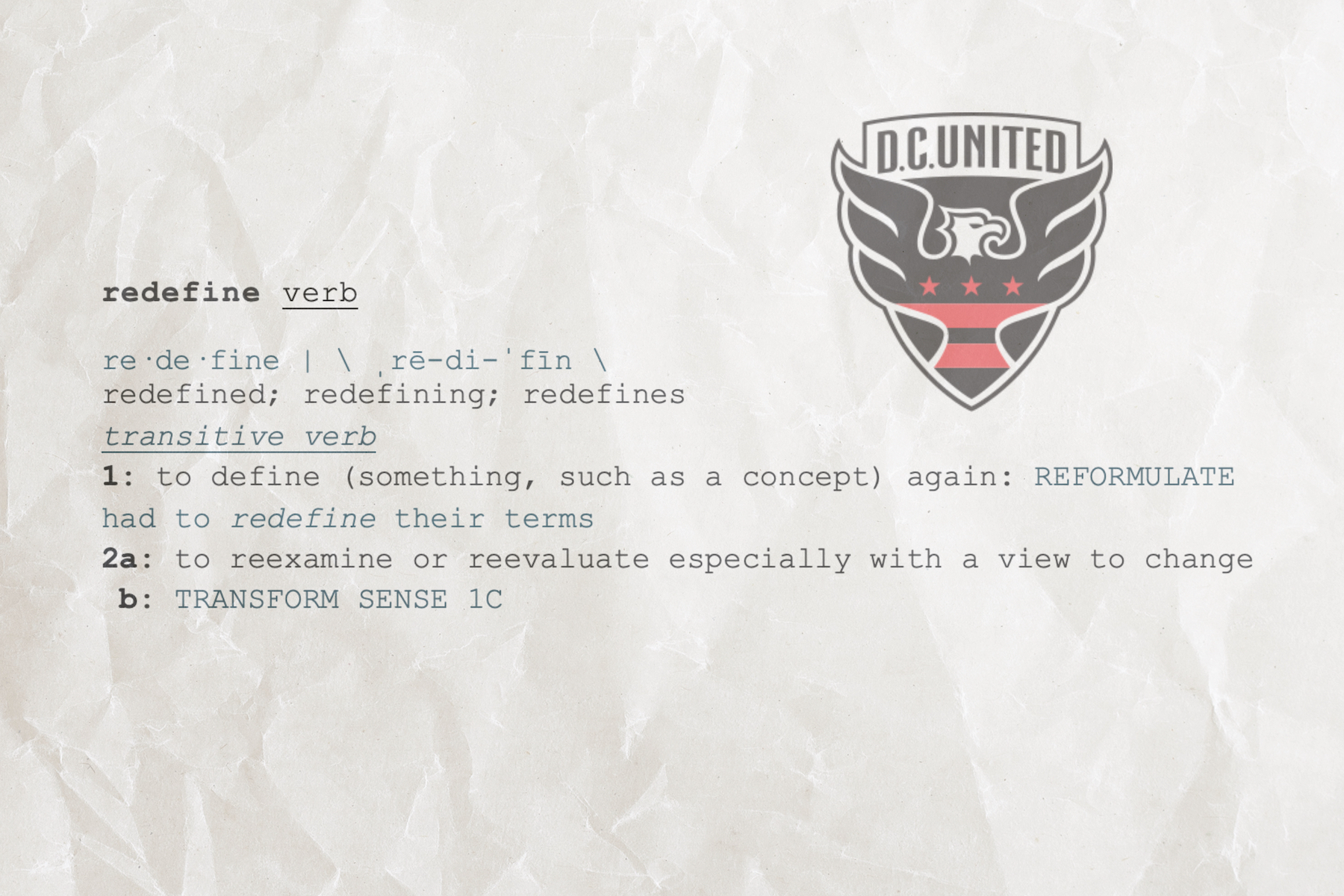 It’s that time of year again

Ah, MLS preseason. That time of year where each of us can be at least somewhat hopeful for our respective club’s prospects for the new season. In 2020 we all very quickly had our hopes dashed as the pandemic shut down life as we knew it and brought any semblance of a normal season to a screeching halt.

For the Black-and-Red faithful, simply writing off the 2020 season and relegating it to the history books may be the greatest act of kindness. There has been a reckoning on the horizon for D.C. United for a while now. The Black-and-Red have grappled with their identity as both a team and an organization in recent years and those years have not been expressly kind.

A certain je ne sais quoi has been missing, that secret something extra that makes clubs truly great, even if the points aren’t always in their favor. For a brief moment, it seemed that D.C. had captured some magic and unleashed it at Audi Field when English legend, Wayne Rooney, joined the club’s ranks. The partnership between Rooney and Lucho Acosta was enchanted, however, it was a brief flash in the pan. Now, both stars have moved on. Unfortunately for D.C., Acosta may very well come back to haunt us, scoring bangers on our field in another kit.

Speaking of departures, the end of Ben Olsen’s tenure as head coach at the close of the 2020 season signaled the true end of an era for the club. Many will certainly wax nostalgic, as Olsen has been woven into the fabric of the club for over two decades. However, Olsen’s exodus and a series of tenuous years have created an opportunity.

This is not an identity crisis, it’s an elucidation…

D.C. United and the greater soccer community in the DMV (D.C., Maryland, and Virginia, for you out of towners reading this) have capitalized on this pivotal moment for a major shift in club culture and identity. With historic change taking place on the pitch, in the front office, and in the stands, 2021 promises to be a redefining year for D.C. United and soccer culture in the District.

Argentine manager Hernán Losada joins D.C. United after a brief stint coaching at Beerschot in the Belgian First Division. Under his brief command, the club was promoted in 2020. Losada boasts a lengthy resume, with his senior playing career beginning in 2003 at Independiente in the Primera Division Argentina and proceeding through other South American clubs before transitioning to Europe. He has never played or managed in the United States, which one could argue may be to his advantage. D.C. United’s first Latinx manager, Losada’s deep knowledge of the game, exciting style of play, collective mentality, and ability to connect with the club’s Latinx players will be refreshing.

… in the front office

Danita Johnson assumed the role of D.C. United’s president of business operations as the first Black President of an MLS club. Johnson is no stranger to the sports world or the District, with her resume including positions with teams in the WNBA, NBA, and NBA G League. Most notably, she has worked with the Washington Mystics, Los Angeles Sparks, and the Los Angeles Clippers. While Johnson’s front office experience is formidable, her work connecting teams to the community shines just as bright. Since assuming her role with D.C. United in January, Johnson has already made the effort to meet with supporter groups and community members.

A lot to look forward to

At the time of writing, D.C. United already has a match in the books against Greenville Triumph, and there’s less than a month to go before the home opener at Audi Field against NYCFC on April 17th. While very little is normal, almost everything is hopeful.

When asked about the seismic changes taking place both on and off the pitch at D.C. United, Rose Room Collective co-founder Aaron Bland said it best,

“In a time where the enjoyment of the game is marred by constant and flagrant racism on and off the field, it’s comforting, if not inspiring, that there seems to be a serendipitous collision between the front office, the coach, and supporters of color to rebuild the team’s identity from the ground up with people from the community and of all walks of life in mind. There’s no doubt there will be pushback, but everyone involved seems up for the challenge.”