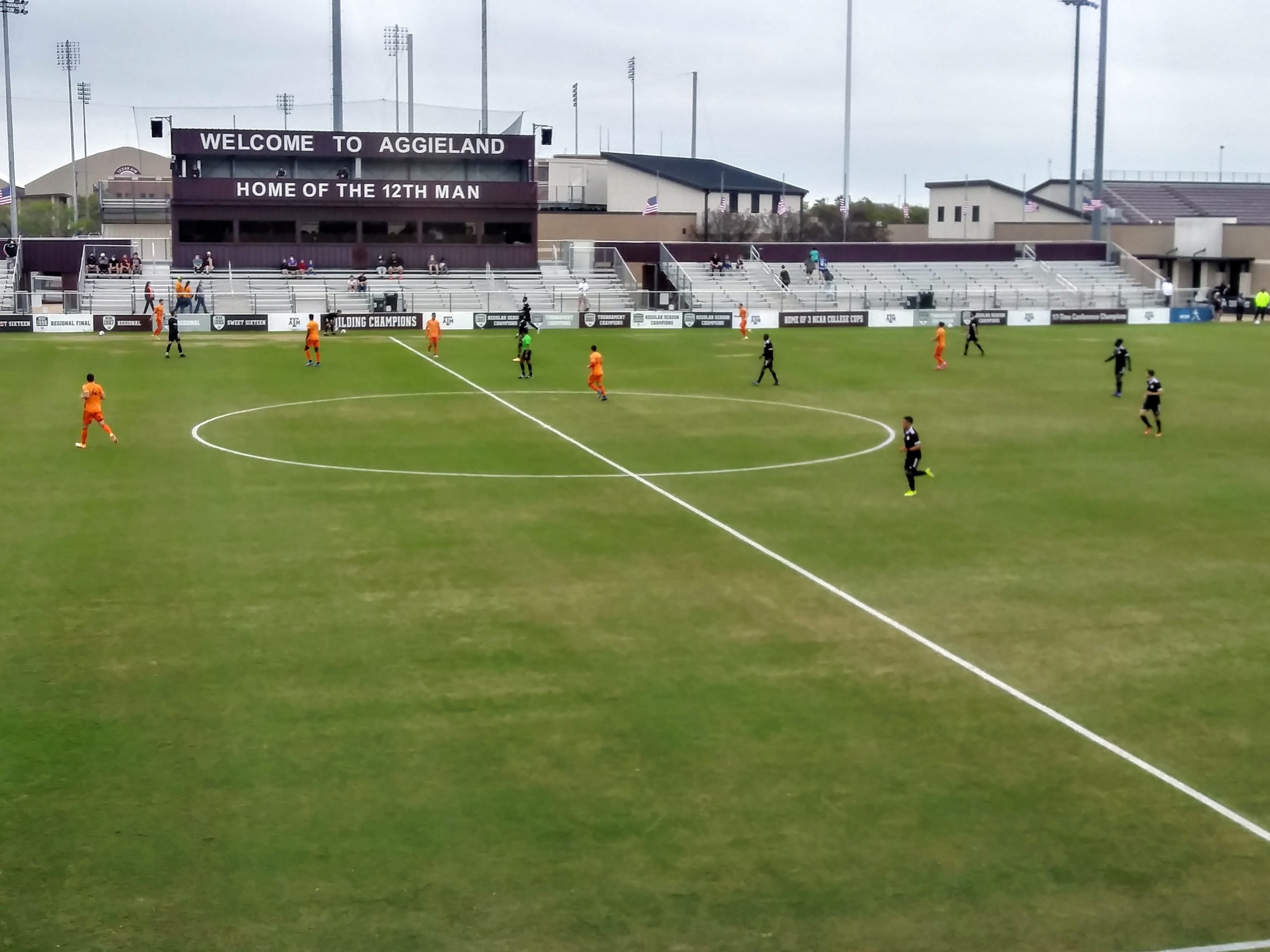 While my articles very rarely feel like hard journalism, I typically attempt to pepper my soccer-themed fluff pieces with things like match results, highlights, and the occasional strategy musing. I’m letting that go today and offer this bit of seriously in-my-soccer-feelings thoughts on the state of soccer in Houston.

While we’re still over two weeks out from DynamOpening Day, dawn is breaking over the Houston soccer landscape, and the feel of preseason has taken me over. I’ve had to start keeping a monthly calendar of soccer activities instead of being able to keep the small list in my head. I’ve gone through my closet to ensure that all of my gameday tees are together in one spot so that I can find them quickly as I Dash (shameless Houston NWSL plug) between men’s, women’s, and kids’ matches for both club and country.

Last week, I found myself back in a legitimate soccer season schedule grind. I got my first look at the Houston Dynamo FC team at a preseason match last Wednesday. I grabbed some great deals on last year’s *cough*preferred*logo*cough* gear at the Dynamo Charities Fire Sale on Saturday. And I joined other soccer parents on the sidelines as we are back to multiple weekly evening training sessions as well as TWO weekend matches for the Soccer Kid. I burned a lot of miles, spent too much on gas, and loved every frickin’ minute of it.

Last week’s match was a balm on my lonely, extroverted heart. I saw fellow fans that I haven’t seen in a year, except on social media. We’d remove our masks momentarily to smile widely at one another (because it’s hard to recognize people in masks sometimes) and then return our attention to the field and the players. Despite lacking their instruments, El Batallon led chants and we stomped, clapped, and banged on stadium seats to remind the team that we are always with them.

The Fire Sale was held at BBVA Stadium in East Downtown Houston, and in a bit of preseason magic, I happened to run into a beloved soccer friend crossing the street just as I was parking the car and prepping for the long walk from cheap parking to the stadium. He left town to do some traveling the year before the pandemic and came home during 2020 so it’s been over two years since I’ve seen him. We got to catch up for several minutes and the fortuitous, unplanned meeting was a real treat.

The grind is still grinding as I’m preparing for a 2021 Season Preview on Zoom tonight with Zarek Valentin and Rachel Daly, from the Dynamo and Dash respectively. Also, I get to catch a match against the new in-state rivals, the Austin Bold, as a part of a pre-season tournament dubbed “La Copita” tomorrow afternoon! I’ll be late for school pickup, but the benefits of having a 14-year-old include him being reasonably safe to hang around after school for an hour or so while I get back to the Northside.

While things are beginning to look a lot like a soccer season, we still have COVID-19 precautions in place and masks are required at all matches and events. Club news this week included an announcement that the teams and staff all received their first round of the vaccine. So things aren’t exactly the same, but it certainly feels like we’re getting there.