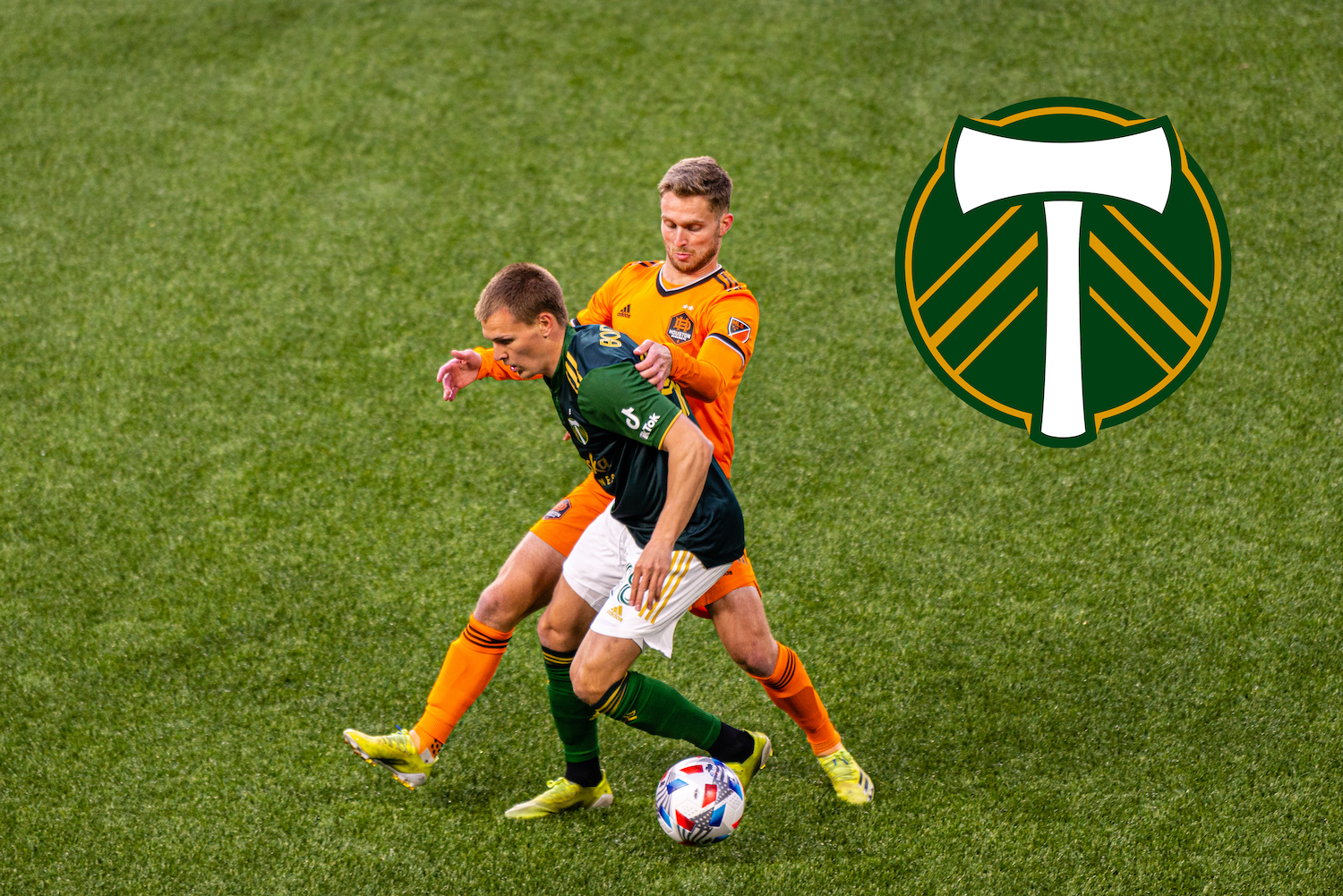 The Portland Timbers won their regular season home opener with a rotated lineup, defeating the Houston Dynamo 2-1 in front of a reduced capacity crowd at Providence Park on Saturday, April 24th.

Facing four matches in a fifteen-day span, including two CCL quarterfinal games, Portland elected to rest many of their regular starters for the match, including captain Diego Valeri, who remained on the bench until the second half. Portland homegrown striker Blake Bodily put in a solid shift in his first regular season start; and Jeff Attinella started in goal in place of injured Steven Clark. Houston’s starters for the match included two former Timbers players, Zarek Valentin and Maximiliano Urruti.

It didn’t take long for Portland to get on the board. Dairon Asprilla had a brilliant goal in the 6th minute. Portland teammate Yimmi Chara drew his man away from Dairon in front of the goal as he dished the ball to Asprilla, giving Dairon an extra bit of space to put it away.

The game was far from settled, however. In the 28th minute, Houston equalized off a short corner. Tyler Pasher settled the ball and floated it to a sweet spot for Boniek Garcia to head it in for the goal (technically the ball was ruled an own goal off the back of the head of Cristhian Paredes).

Paredes had his redemption in the 72nd minute. Seeing a developing opportunity to score, Paredes raced forward. In front of the goal, Felipe Mora headed the ball to a charging Paredes, who drove the ball into the left corner of the net.

NOTES: Portland had the bulk of the chances for the match. Although they didn’t finish as many as they could have, it was still good enough for them to get a win with a rotated lineup. Houston’s Tyler Pasher had an outstanding game, regularly beating Claudio Bravo in front of the Timbers’ goal and playing a hand in Houston’s lone goal.