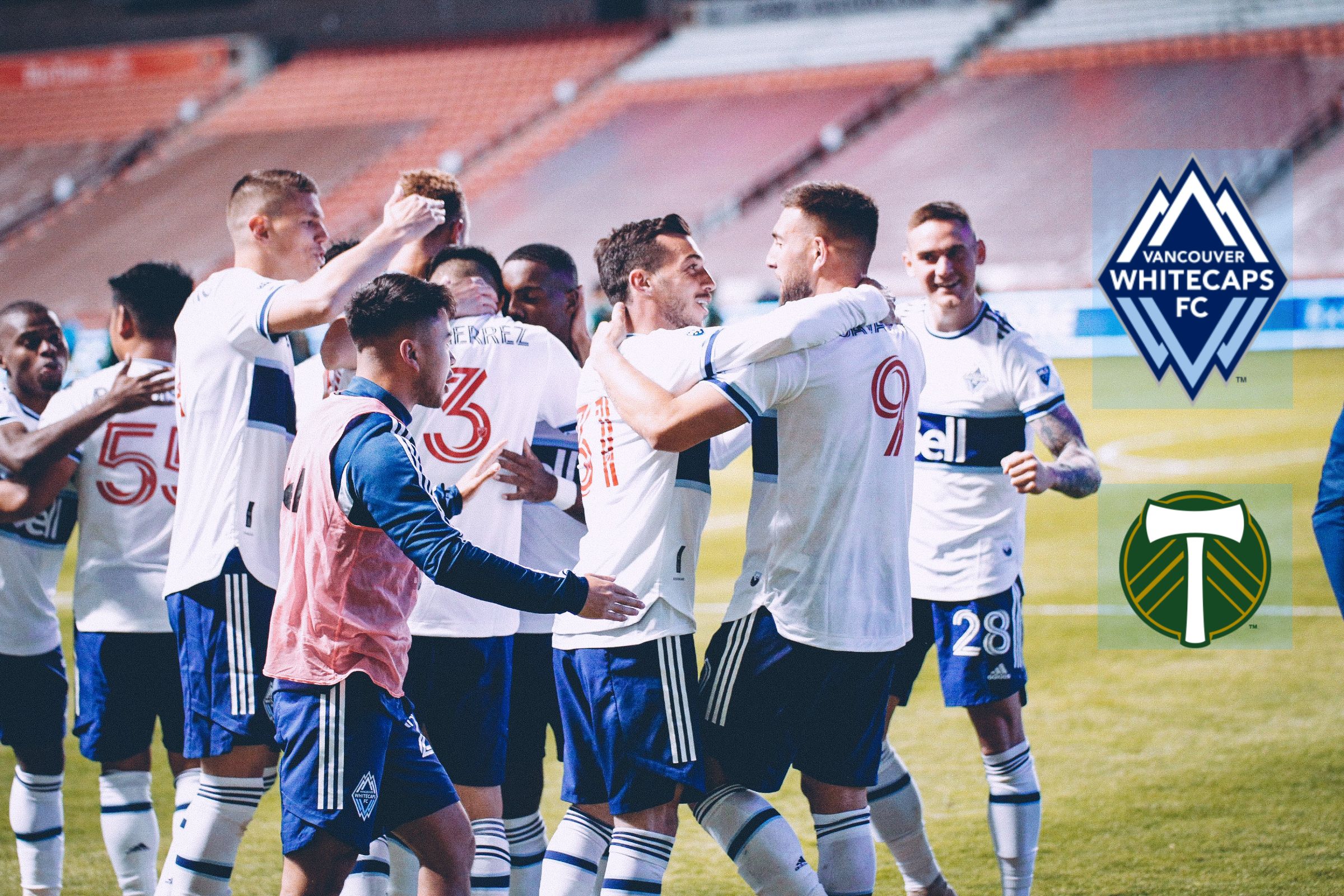 In the first Cascadia matchup of the regular season, the Vancouver Whitecaps shut out the Portland Timbers with a 1-0 victory in their temporary “home” at Rio Tinto Stadium in Sandy, Utah, on Sunday night.

At first blush, the result might seem unexpected. The Whitecaps have a younger, less experienced side and are coming off a disappointing 2020 season. In contrast, the Timbers have an experienced lineup and won the MLS Is Back tournament in 2020.  Portland also went with the same starting eleven who had just competed successfully in their CCL playoff matches, including a 5-0 victory (with  a Yimmi Chara hat trick) that sent CD Marathon packing. But the hero of the match for Vancouver, Lucas Cavallini, was no surprise. He was the same star who scored in two of Vancouver’s preseason matches, including a brace against the Chicago Fire for a 3-2 Whitecaps victory.

In the first half, Vancouver had the lion’s share of the possession, but Portland remained organized, holding their shape well in a 4-2-3-1 formation. Vancouver had more touches, but Portland appeared to be comfortable with this stance, gradually pressing the ball more upfield as the half went on. And the Timbers certainly had their chances to score. In the eighth minute, Yimmi Chara calmly settled a ball from Felipe Mora with a solid finish, but the goal was disallowed as Mora was offside. In the 38th minute, Dairon Asprilla also had a chance from distance, but Maxime Crépeau successfully pushed it away. Crépeau saved one more chance right before the half, and both sides went to the locker room scoreless.

In the second half, it didn’t take long for the complexion of the game to change. Vancouver showed determination in front of the goal. In the 49th minute Andy Rose slid into a ball and almost scored, forcing a corner. Cavallini received the corner kick, neatly sending in an unmarked header off the far post for the goal.

Portland remained committed to attack, but in the end were unable to finish their chances. In the 82nd minute, Vancouver nearly doubled their lead with a goal by Cristian Dájome; but the goal was called back because of Andy Rose’s two-handed push of a Portland player and subsequent handling of the ball with both arms.

Vancouver’s next match is Saturday, April 24th vs. Toronto at Exploria Stadium (TFC’s home away from home) in Orlando, FL. Portland’s next match is also April 24th, their home opener against the Houston Dynamo.