Questionable Officiating Makes For A Frustrating Draw For NYCFC 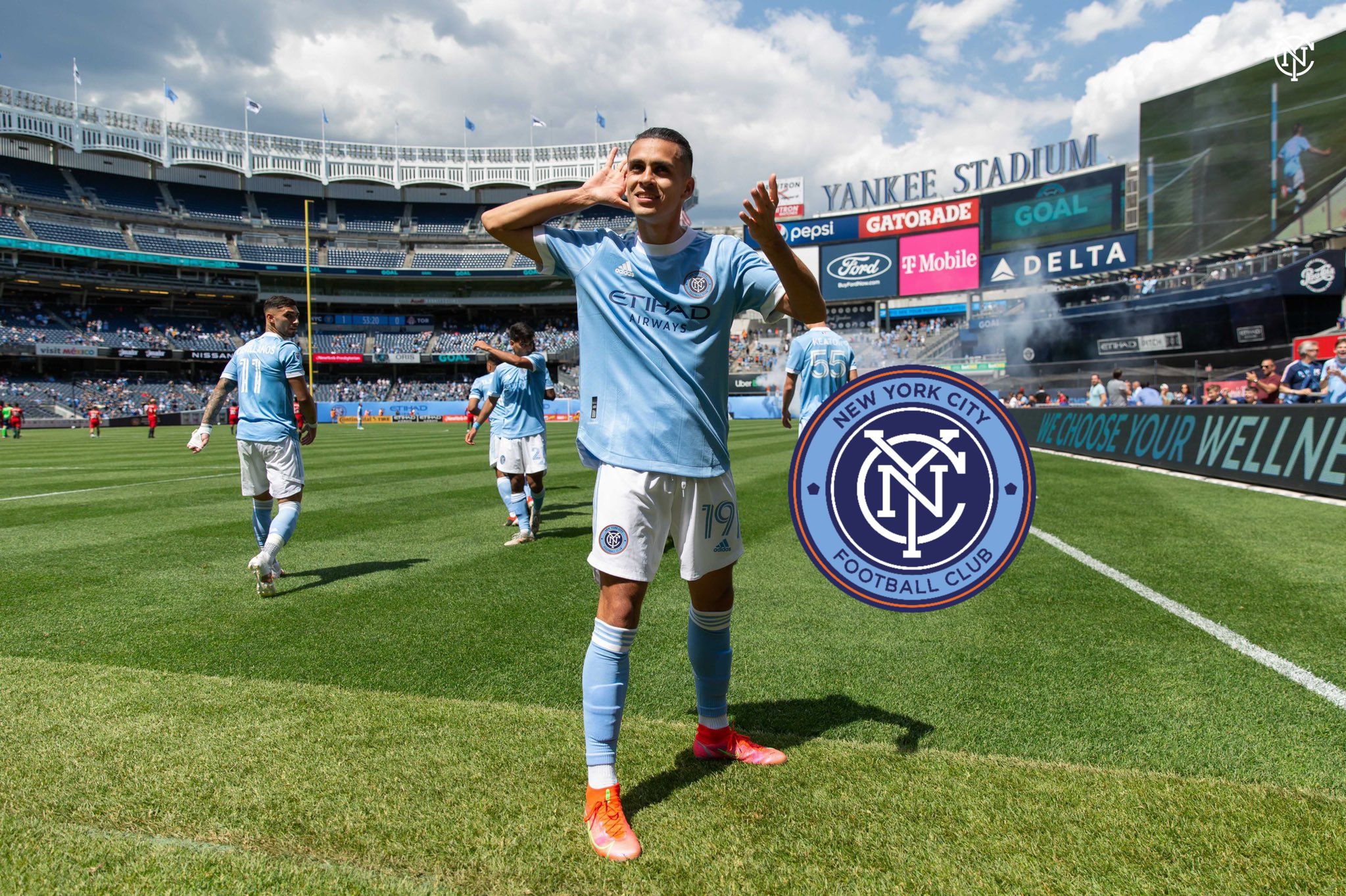 Well, if last week’s game against Orlando City SC was full of drama, then buckle up because this week’s was at another level. A rivalry has been brewing between New York City FC and Toronto FC for several years. Emotions of both the players and NYCFC supporters run high when TFC comes to play. This game was no exception.

Sadly, New York City FC saw another starting defender, Alexander Callens, come out early in the game with an injury. Sebastian Ibeagha replaced Callens in the 5th minute. If Callens’ injury is substantial, NYCFC will find themselves without several key players through the next few games. Despite the backline being changed up early, the Boys-In-Blue were able to keep Toronto from scoring. Both sides saw plenty of fouls, offside whistles, and attempts on goal missed. NYCFC homegrown Andres Jasson was given a yellow card for a late tackle on a Toronto attacker. As with nearly every other game between the two teams, the first half ended scoreless.

New York City FC started the second half quickly. NYCFC controlled possession of the ball more and completed better looking passes compared to the first half. Within the first couple minutes, both Medina and Tajourie-Shradi had taken shots, though both missed. While Toronto still maintained possession most of the time, NYCFC was able to shut down their attacks. Any pass back to Michael Bradley saw him be stripped of the ball quickly. At the 52nd minute, Ismael Tajourie-Shradi drew a NYCFC freekick in a dangerous spot. Gudmundur Thórarinsson took a left footed shot from outside the box and Toronto goalkeeper Alex Bono misread the bounce on it. The ball bounced into Bono’s face, stunning him and rendering him incapable of keeping the ball. Jesús Medina darted forward and streaked the loose ball past Bono to put NYCFC up 1-0.

With City ahead by a goal early in the second half, NYCFC supporters still did not relax. The history between these two teams could not allow for relaxation. In the 2019 semi-final playoffs, with the score 1-1 and time waning in the final seconds of stoppage time, Ronald Matarrita of NYCFC made a horrible sliding tackle inside the box, awarding TFC a penalty kick which they converted and eliminated NYCFC from the contention. The next twenty minutes of Saturday’s match proved quite frustrating for both NYCFC players and supporters. Foul after foul was called against the home side, the biggest being against Jesús Medina after taking a ball Toronto’s Alex Bono punted full speed to the back of Medina’s head. Referee Dave Ganter blew his whistle as the ball bounced over Bono and into the net. Supporters and players screamed for a goal. Replays in the stadium were met with more crowd displeasure and rage at the disallowed goal. After review, it was ruled that Medina interfered with the goalkeeper by slightly bunny hopping after noticing Bono was about to kick the ball.

New York City FC’s displeasure with the call quickly flared up emotions between the two rivals and cost the Boys-in-Blue a goal. Mere minutes after being subbed on, Toronto’s Jacob Shaffelburg beat NYCFC’s defense and shot the ball past Sean Johnson. The equalizer added more fuel to the rage within Yankee Stadium. Ronny Deila was seen forcibly tapping his head, reminding his players to keep their cool. The atmosphere in the stadium grew more tense as all spectators felt a shift in the game and everyone was afraid Toronto FC would be able to take three points from NYCFC. With Toronto taking more shots toward goal, NYCFC scrambled to defend. More bad luck struck New York when defender Maxime Chanot went down and did not get back up. He was subbed off in the 87th minute.

Lastly, new signing Christopher Gloster made his debut, replacing Jasson in the 88th minute. He was able to help the boys keep the game level 1-1, but boos rang throughout the stadium after the final whistle. “If you fell down, the ref blew his whistle,” complained David Pfeil. It’s definitely difficult to accept this draw that feels like a loss, but New York City FC was missing several key players and had to sub out two more due to injuries. While frustrating because of officiating, New York City is lucky to be taking another point and staying at the top of the Eastern Conference.

New York City FC will play Columbus SC (don’t get me started on that rebrand) next Saturday, May 22, 2021 at 7:30PM EST. This will be the first of a string of “home” games through June that take place in Red Bull Arena.