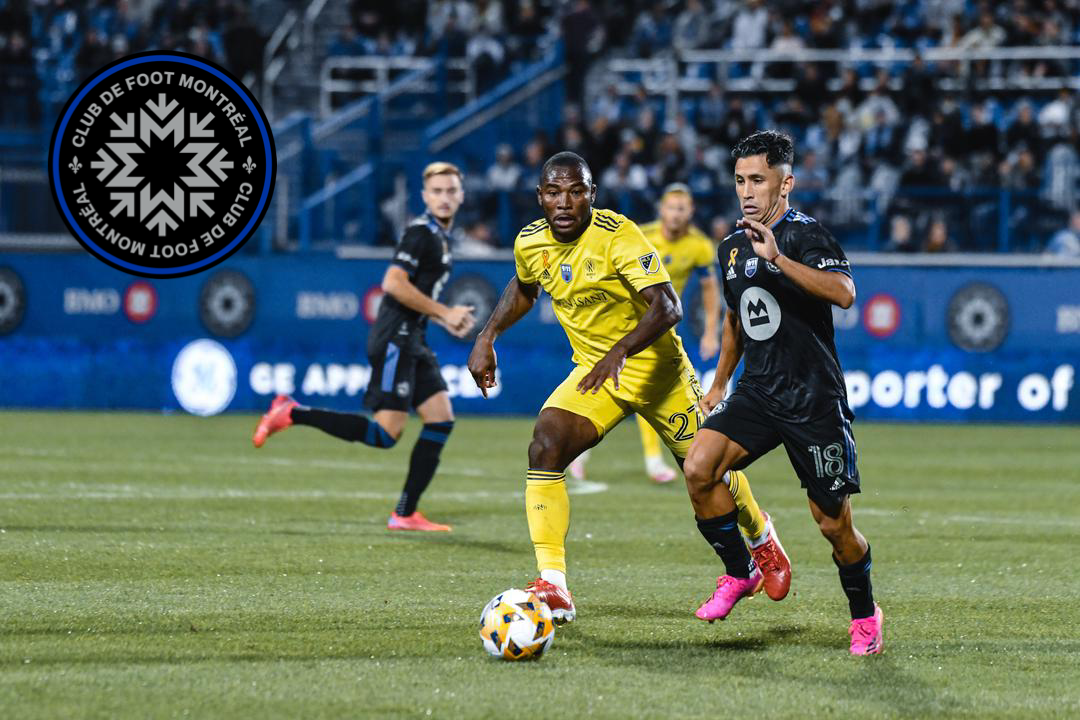 The tale of a lackluster attacking threat from CF Montreal in the team’s first Stade Saputo loss of the season is not the storyline of greatest importance today. The essence of what needs to be told is that Nashville SC captain Walker Zimmerman did what most CF Montreal fans had hoped Bjorn Johnsen would be able to do – use his tall body to score a header off a well-delivered set piece in the 66th minute of the match. Montreal would play a game most spectators would define as “okay” but found themselves unable to produce any service of quality to attacking players thanks in large part to a well-prepared adversary.

Some will wonder if another contributing factor to the home team’s inability to come back into the match after going behind a goal will also be due in part due to an announcement that sent shockwaves through the CF Montreal community. Following a series of incidents including objects being thrown onto the pitch, banners/chants against the club president, and physical fights inside and outside the stadium, the club’s direction announced via press release that section 132, notably home of the Ultras Montreal 2002 and several supporter groups affiliated with the ASUP would be closed “indefinitely” with season ticket holders reimbursed for the remaining home matches of the season. The club cited the league’s involvement following a fight outside the stadium with TFC supporters among factors that led to this decision.

As with most other announcements made by the club this season, it was met with a intensely mixed reaction. Some believed that the Ultras and others in 132 not affiliated with the group represented an undesirable side of supporter culture, as most critical or profane banners and chants could be observed in that section of the pitch, along with what some referred to as intimidation of those who chose to don CF Montreal gear following the rebrand – a change UM02 vehemently opposes. Others felt that the Ultras/ASUP were a huge part of the spectacle and the ambiance within Stade Saputo, that the boisterous group’s refusal to stop singing and urging on the players regardless of the result defined the qualities of the “12th man” so many teams rely on in the nearly 20 years they’ve supported the various iterations of the club.

Love them or hate them, the 150 or so season ticket holders are now absent. Evidently, not all 150 are guilty of the infractions listed by the club in the section closure announcement. Most observers – myself included – have mentioned that those who were engaging in violent, abusive or dangerous behaviour and anyone who enables or encourages them deserve punishment, but a full section closure for the poor choices of a minority is unfair, and sets a dangerous precedent. Much of section 132 was by far the most critical of the club’s leadership, and more than a few wonder how much that fact weighed into this decision. The question also remains of what will become of section 132 should the differences between its residents and the club prove irreconcilable.

If the less-than-subtle banner chosen to cover the section at last night’s match is anything to go by, the club is looking “always forward.”

CF Montreal will travel to Orlando City SC on Wednesday, September 15th for the first of three clashes with the Lions in the home stretch of the season.

MLS is Back, July 31: Orlando Overcomes LA At the Death In A Coastal Quarterfinal