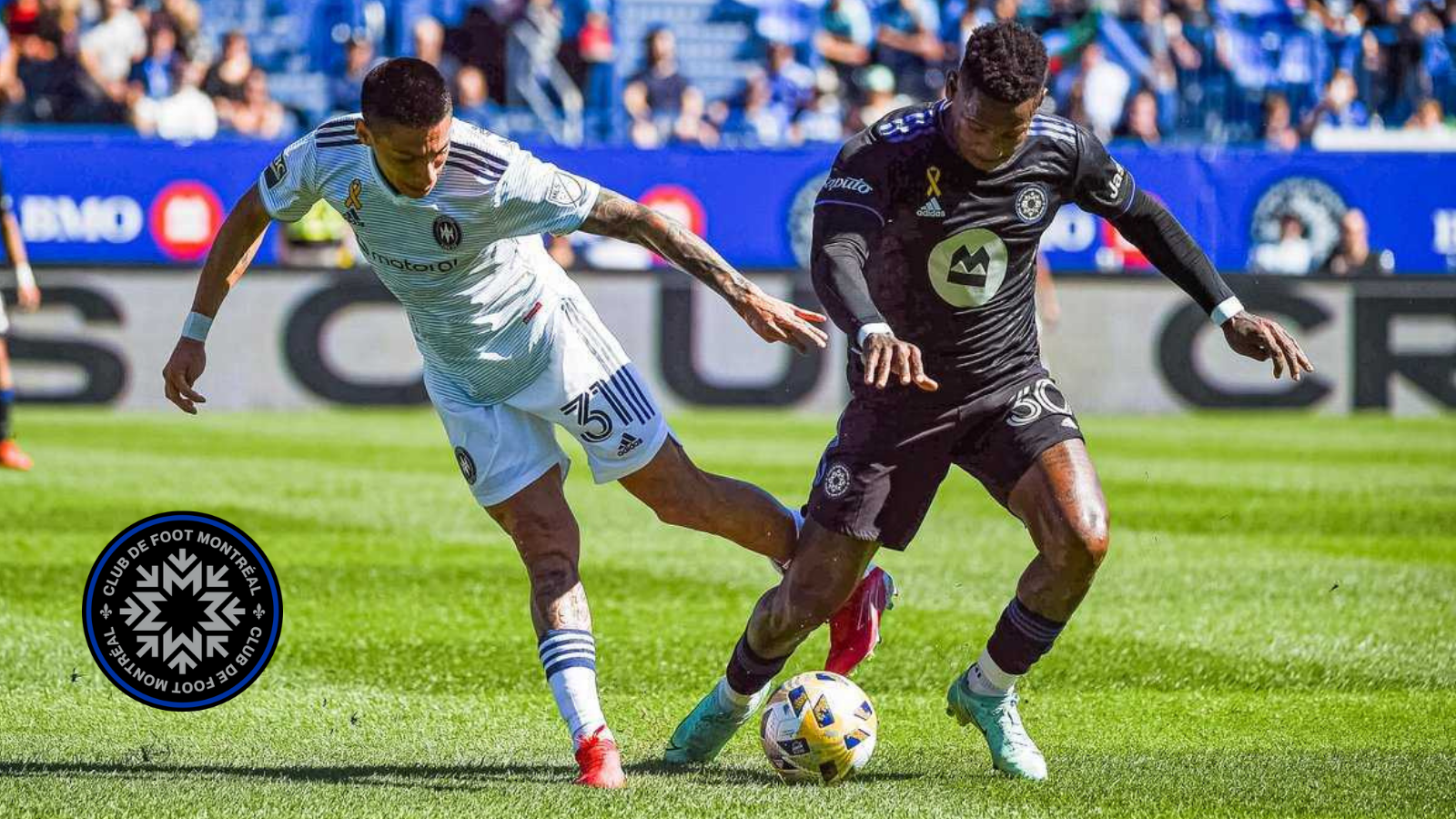 CF Montreal’s jam-packed month of September is steam-rolling ahead as the club continues its run of seven matches in 21 days (including Canadian Championship competition). In midweek action, Montreal traveled to Orlando City SC, a match that saw two red cards given to the home team – including one to star DP Nani – and ended in an unexpected 4-2 road win for Montreal.

At home on Sunday, CFM hosted the long-struggling Chicago Fire. Following a very disappointing home loss in tense circumstances versus Nashville City SC. Fans returned for an early kick-off, with Section 132 still ominously covered by the Droit Devant tarp. Despite a cup competition on Wednesday and an extremely congested schedule, coach Wilfried Nancy opted for the same lineup that started for Wednesday’s road win, minus a substitution of Zohran Bassong for Zachary Brault-Guillard, who was absent for personal reasons. Chicago announced with the release of its lineup that Ignacio Aliseda and Gastón Giménez had not traveled with the team after violating team rules. Seventeen-year-old homegrown keeper Gabriel Slolina received his second professional start as one of five changes from the Fire’s midweek 3-0 loss to DC United.

From a Montreal perspective, the first half was essentially a non-event in which goalkeeper James Pantemis was the standout player. From some surprisingly large holes in the defense to a complete inability to break down the visitors’ extremely compact defensive block, halftime stats spoke as if Montreal had been the road team and the underdog. When the teams returned to the dressing rooms, CFM had not registered a shot on target compared to Chicago’s four. The greatest highlight of the half proved to be from a rented airplane, trailing a message: “Bring Back the Impact/132,” which elicited a spirited reaction from the crowd.

At halftime, Wilfried Nancy made a tactical substitution, with captain Samuel Piette making way for Ahmed Hamdi. The effect of this substitution, along with a few other tactical adjustments – notably with Mathieu Choinière’s attacking availablilty – was almost immediate. Montreal continued to enjoy more possession, but with purpose. This culminated in a Romell Quioto goal in the 60th minute, as the Honduran notched his second of the week in a strong run of form. Djordje Mihailovic weighted a short pass to Quioto who ran off the shoulder of the defenders, to pass coolly beyond Slolina. CF Montreal fans will feel a bit nervous as the team’s most effective striker of late left the game in 84th minute, seemingly in some discomfort.

In the 80th minute, Choinière delivered a low diagonal cross from the upper corner of the 18-yard box toward a surging Hamdi. The pass was delivered with such precision that when Fire defender Carlos Terán intercepted, there was only one destination for the ball – the back of his own net, for Montreal’s second goal. Both CF Montreal and Chicago would go on to score goals which were swiftly called back for offside, allowing Montreal to enjoy their first clean sheet since a 0-0 draw in Cincinnati on August 18th.

CF Montreal return to cup competition, traveling to Halifax in the quarterfinal of the Canadian Championship. It will be the team’s first time playing CPL side Halifax Wanderers, at 5:00 PM EST on Wednesday, September 22. In MLS action, CF Montreal will be on the road to Columbus Crew SC for a six-point match on Saturday, September 25 at 7:30 PM EST.