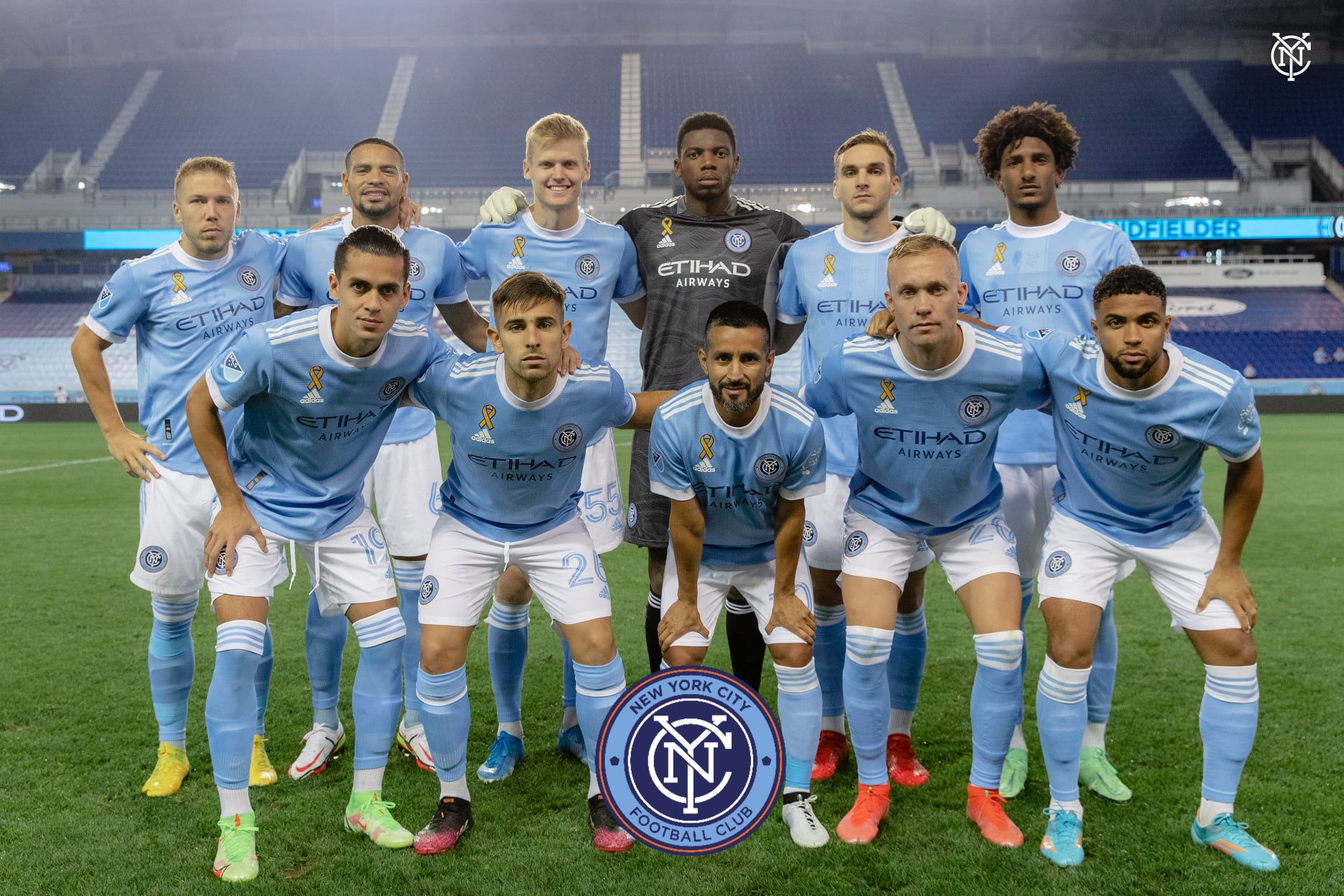 It is difficult to choose a topic to focus on in regard to the current status of New York City FC. On one hand, NYCFC currently rests in 4th place in the Eastern Conference. On the other hand, we are only 4 points from no longer being in contention for the playoffs. As it stands, the Eastern Conference only has an 8 point difference between 10th and 3rd place. NYCFC being in fourth does not put my soul at ease, especially given how the last few games have played out.

New York City went head-to-head with FC Dallas at Red Bull Arena (ugh) on Tuesday night, after losing 2-1 to New England Revolution in Foxborough just a few short days before. Rumors had been circulating social media that NYCFC’s deeply missed number nine, Héber, would be ready to play against FC Dallas. The lineups released prior to kickoff confirmed that Héber was available as a substitute for what would be the striker’s first appearance in the lineup since September 23, 2020. City supporters were hopeful that Héber would help bring together a team that missed several chances to score goals in previous games.

Héber’s return could not come quick enough. A mere four minutes after the starting whistle, FC Dallas forward Jader Obrian was able to take advantage of a miscommunication between NYCFC defenders James Sands and Anton Tinnerholm to put Dallas ahead 1-0. A crossed ball found itself at the feet of Obrian after Sands missed contact on his header and Tinnerholm was unable to close the gap before Obrian slotted the ball into the net.

Those who have watched NYCFC’s defenders return from International Duty could argue that the back line has been completely different since that week long departure. What once was a strong defense has turned into a broken line of players who are having a hard time relearning to play with each other. NYCFC lost to Nashville SC 2-0 in early September. They lost to New England Revolution 2-1. They went down a goal early to FC Dallas. (Fun fact: The last time NYCFC won an away game was May 29, 2021 against LAFC.) With the current trend of games, NYCFC supporters are nervous about back-to-back Hudson River derbies rapidly approaching. The New York Red Bulls currently sit in 11th place of the Eastern Conference with 23 points, but it is a common observation that the Red Bulls play with higher tenacity when playing against NYCFC.

In the 20th minute, New York City’s winger Ismael Tajouri-Shradi crossed the ball into a congested box. Fortunately, the ball found Jesús Medina who, with a backward flick of his heel, directed the ball to midfielder Maxi Moralez. WIth no hesitation, Maxi sent the ball forward to beat FC Dallas’ goalkeeper Phelipe and equalize the match. The goal celebration caused all the feelings for NYCFC supporters as Maxi ran to the sideline to hug Héber. It is clear that a majority of this team holds Héber in high regards as they all celebrate with him and speak highly of him off the field.

The half continued with both teams having equal opportunities at goal. All shots missed their targets and the half ended 1-1.

The second half started with a blaze as FC Dallas’ shining star Ricardo Pepi forced goalkeeper Sean Johnson to make a save in the 47th minute and NYCFC forward Talles Magno returned the gesture forcing a save by Phelipe two minutes later. The passing and the plays from NYCFC were perpetually more pristine during the start of the second half. In the 57th minute, Nicolas Acevedo switched the ball to Gudmundur Thórarinsson on the wing who quickly crossed the ball to Moralez in the middle of the box. Moralez took his second shot of the night only to have Phelipe block it. However, Medina, in the right spot at the right time, was able to clean up the rebound and put City up 2-1. This goal was Medina’s 8th goal of a the season and a much needed goal to end the drought he had experienced throughout the last several games.

The lead by NYCFC was short-lived. Before anyone could even get comfortable, Ricardo Pepi saw Jesús Ferreira making a run through poorly placed defenders and passed the ball into Ferreira’s path. Ferreira was easily able to run past the defenders and beat Johnson, equalizing the game yet again.

But wait boys and girls, there’s more! Not even five minutes after Ferreira’s goal, Gudmundur Thórarinsson again made an excellent cross from the wing (Gudi really had a great impact on this match) to meet Talles Magno making a run in the box. Leaping into the air and kicking forward, Magno chopped the ball past Felipe and put NYCFC up 3-2 with his first MLS goal.

With a third goal on the board, it appeared as if NYCFC was going to secure a victory. Alas, the three points were not meant to be. NYCFC’s Nicolas Acevedo was unable to handle the pressure from FC Dallas’ Obrian and found himself stripped of the ball near the center line. Obrian immediately turned to make a run toward goal and received the pass from Andrés Ricaurte just outside Johnson’s box. in the 73rd minute, Obrian crushed NYCFC’s lead with a slick shot that squeaked by Johnson.

One of the highlights of the match was Héber’s return to the pitch in the 81′. The club had meticulously documented his return from injury over the last few months. Seeing how hard he had worked on recovering and watching him return to the pitch was very motivational. I only wish he could’ve made his return next weekend during the home derby which would’ve had a much larger crowd than was present on a Tuesday night at Red Bull Arena.

Unfortunately, Héber returning to the field did not help NYCFC find one more goal in their attack. To add salt to the wound, in the 90’+2′, VAR ruled that Thiago’s charge toward Jesús Ferreira was dangerous and his initial yellow card warning was changed to a red. This was NYC’s third red card in three consecutive games (Maxi Moralez in Nashville and Alfredo Morales in New England). The match ended 3-3 in what was probably a stellar game to watch as a neutral fan. As a NYCFC fan, it was another disappointing draw with more dropped points from what should’ve been an easy victory.

New York City FC continue to search for redeeming points on the road against FC Cincinnati on Saturday, September 18 at 7:30PM EST at TQL Stadium.