D.C. United’s Push for the Playoffs is on – Starting with a Showdown Against Nashville SC at Home 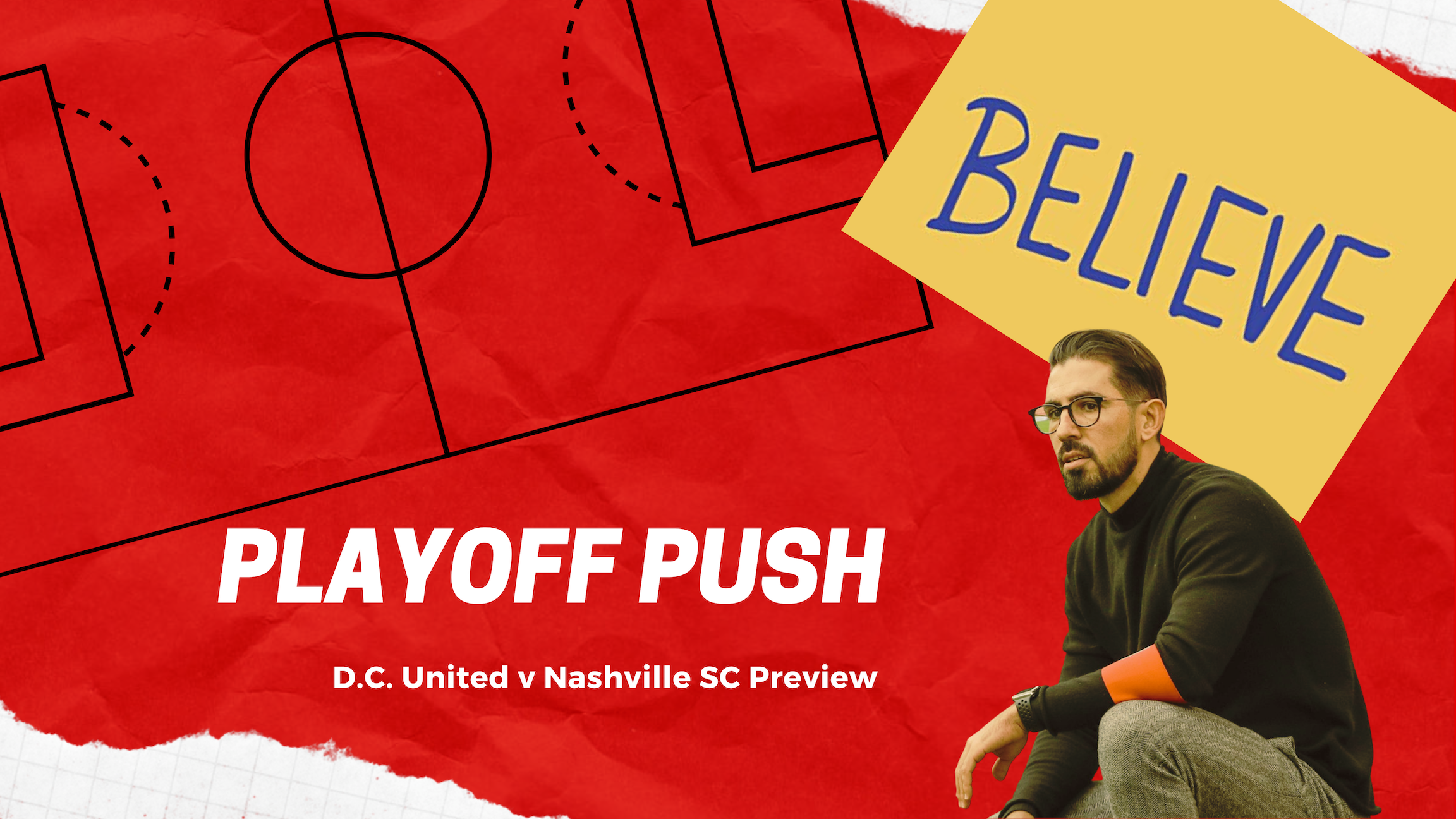 D.C.’s last meeting with Nashville certainly didn’t meet the expectations of head coach Hernán Losada or the players; they walked away from Nissan Stadium empty-handed after a 5-2 loss. Now, Nashville sits at number two in the Eastern Conference with 47 points to D.C.’s 40.

A rested D.C. team playing at home – likely with Bill Hamid between the sticks- will certainly change the script considerably from August 15th. However, the Black-and-Red will still need to keep a watchful eye on CJ Sapong, the savvy goal scorer who found a brace during their last meeting.

“We’re excited to go out and prove ourselves,” said Russell Canouse. “Obviously the game in Nashville, that’s not the result we wanted. And I think as a team, we’re going to use that as motivation to go and attack this one and hopefully start the next six games off on the right foot.”

A win tonight is essential for the Black-and-Red to advance and claim a coveted playoff spot as only a few points separate teams vying to advance. (We will leave NE Revolution out of this equation as they undisputedly hold the number one Eastern Conference spot with 65 points.)

Catch the action at 7:30 pm EST at Audi Field or on NBC Sports Washington, TeleXitos, and dcunited.com.

The Black-and-Red have set high standards for themselves this season, blowing their 2020 performance out of the water and rapidly clawing their way up the table with electric gameplay.

Hernán Losada delivered a message for the rest of the season during Thursday’s press conference, “Let’s have fun. Let’s enjoy the moment.”

The top of the Eastern Conference is tight, which Losada was quick to give credit to the players for, “putting themselves in a beautiful spot.” He said, “There’s a lot of competition and quality. So, there’s no stress, there’s absolutely nothing to lose. Because we are overperforming based on all the odds at the start of the season. Let’s have fun, especially during our home games.”

Audi Field has been re-established as a fortress for the Black-and-Red, and its importance can’t be understated over the final six matches of the season, four of which are at home. Right now, every single point counts.

As the Black-and-Red move forward through the final stretch of the season, it will be the collective spirit carrying them. “Let’s try to play dominant, let’s try to stay on our line where we dictate the spirit of the game. We have our identity and keep working on that and give it all so, at the end of the road, we can tell to ourselves, we have absolutely no regrets,” said Hernán Losada.

The upcoming weeks are packed as D.C. United face Nashville SC (October 16) and NE Revolution (October 20) at home before heading north for a match-up against NYCFC (October 23). The Black-and-Red return home on October 27 and will play the New York Red Bulls and then the Columbus Crew on October 30.

D.C.’s final match of the regular season will take place on Decision Day, November 7, at BMO Field against Toronto FC.