A Well-Fought Effort but No Points For D.C. United Against First-Place New England 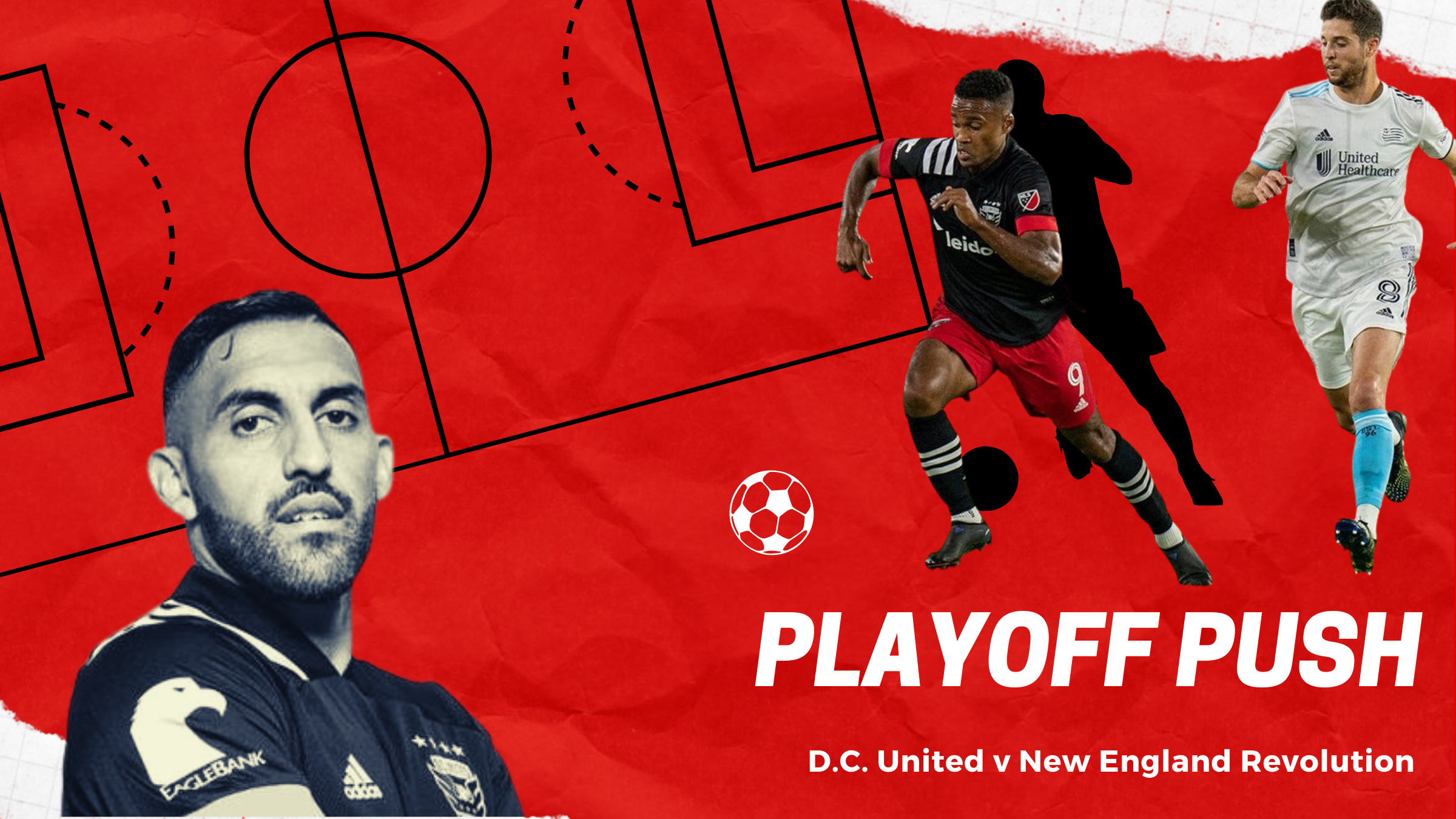 D.C. United haven’t been able to best NE Revolution this season – and tonight was no exception. The Black-and-Red were defeated 2-3 at home by a tough New England side, although head coach Hernán Losada wants to make sure his players know, “there is no reason to have their heads down and no reason to be disappointed.”

“I’m a very proud coach despite the results,” said Losada. “I’m proud of what the team is giving week in and week out, with the players we have available and the difficult circumstances.”

First place NE Revolution has been on a meteoric rise, securing their spot at the top of the table and entering tonight’s matchup against D.C. United with a staggering 68 points. D.C. now teeters on the edge of the playoff line, having started the night in sixth and ending in seventh place.

No one can say the Revolution didn’t take their opponent seriously. Despite sitting at the top of the table, Bruce Arena fielded one of his strongest starting XIs. The Revs made a strong point for why they’ve made tracks up the table as they countered D.C.’s high-press with a stacked backline and fierce attack of their own.

Early on in the match, the Black-and-Red struggled to make it through congestion surrounding New England’s goal. Ola Kamara, currently MLS’s leading goal scorer, had an early chance from right outside the box, but the shot went just wide of the right post.

During the first 45′ D.C. simply couldn’t find the right side of the woodwork through traffic and with only a minute of added time, D.C. and New England were scoreless at the half.

Of note, Bill Hamid could be seen holding his hamstring toward the end of the first half. Alongside Jon Kempin warming up, the scene caused many to hold their breath through halftime. Thankfully, Hamid emerged from the locker room and retook the pitch.

It didn’t take the Black-and-Red long to turn the tide after a frustrating start to the match. After a few wide chances, Nigel Robertha redirected a ball off the post and found the back of New England’s net in the 52’ giving D.C. the lead.

However, the jubilance at Audi Field didn’t last long – in the 61’ New England’s Adam Buska headed in a deflected ball, finding the equalizer. Moments later, the Rev’s found a second goal, with Carles Gil taking advantage of a cross from Gustavo Bou in the 64’ to sink a left-footed shot.

As the Black-and-Red trudge through a game-heavy spell, saving legs to fight another day is critical.  In the 68’, Hernán Losada brought in Kevin Paredes and Adrien Perez for Joseph Mora and Drew Skundrich, respectively. Shortly thereafter, Russell Canouse was replaced by Junior Moreno.

After a third New England goal in the 79’ by none other than Gustavo Bou, Losada made the decision to bring in Tony Alfaro and Ramon Ábila for Chris Odoi-Atsem and Ola Kamara. With a trip to New York in the plans for the weekend, the Black-and-Red need all the rest they can get.

Bruce Arena made changes of his own, and although forward Teal Bunbury started his night on the bench, he entered the match for the Revs in the 86’ for Gustavo Bou, while Ema Boateng replaced Carles Gil in the 87’.

In the end, Losada’s substitutions paid off. Just when it seemed all hope was lost for D.C. to find another opening, Kevin Paredes lofted a laser-focused cross that found Ramon Ábila in the center of the box for a header that secured D.C.’s second goal of the night in the 90′ + 3′.

Despite the scoreline, the effort from the Black-and-Red against the top team in the league showed an astonishing level of fortitude. “I have only good words and a positive feeling despite the result. I believe the players are giving their best effort,” said Losada.