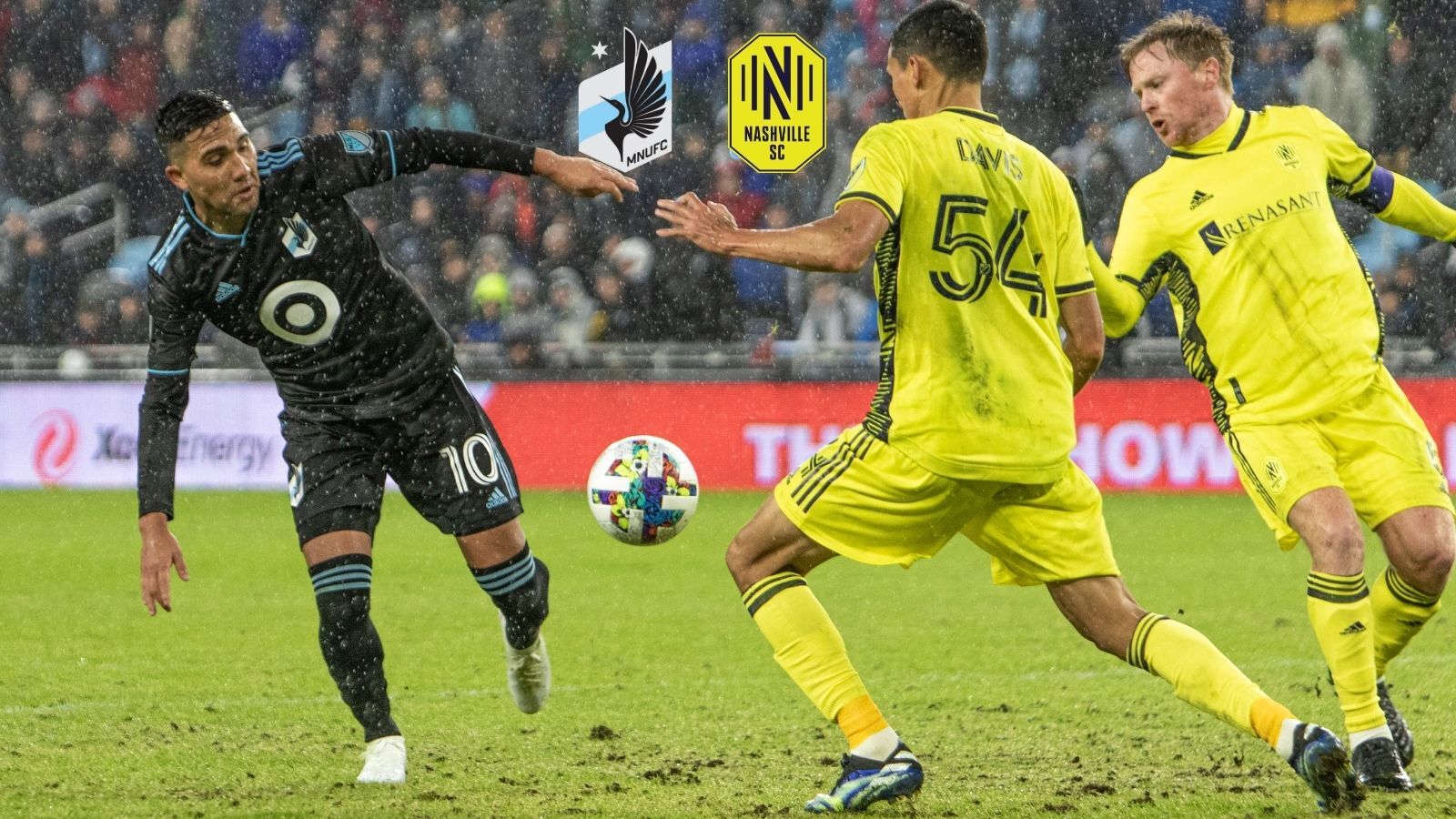 Minnesota United FC’s Home Opener on Saturday was chock full of transitions on and off the pitch, but the Loons gutted out a 1-1 finish with a Nashville side already running on momentum.

After taking a tough point out of Philadelphia on opening weekend, MNUFC hoped to draw better energy from the home crowd at Allianz Field on Saturday. A bizarre weather pattern, even by March 5 standards, expected to bring both thunderstorms and snow to the metro was no deterrent for supporters starved for a night out in Cloud City, nor for the players. When midfielder Robin Lod was asked by media after an open training for his reaction to the forecast, he answered: “Whatever.” But the weather did indeed factor in.

Minnesota captain Wil Trapp returned to the starting lineup after missing the season opener to rehab a knock suffered in preseason, but he was the only change to the eleven. Bakaye Dibassy and Oniel Fisher got another shot at the left and right back positions after a decent performance against Philadelphia. Nashville would be a different challenge and featured homecomings of a different sort.

Nashville starting centerback Eric Miller, a Minnesota Thunder Academy alum, played portions of the 2018 and 2019 seasons with the Loons. The Woodbury, MN, native is also the brother-in-law of Loons’ starting centerback Brent Kallman. Both defenders had a rough night, but Kallman was perhaps the first to sweat – if that was possible in the cold rain that poured down through the first half.

Midfield issues are a perennial theme for MNUFC and Nashville dialed in on this from the whistle. Midfielder Dax McCarty has proven to be the man to mark for any team facing them, but his fellow attackers Hany Mukhtar and C.J. Sapong demanded due credit. Given far too much space by Kallman, Fisher, and Michael Boxall, the trio capitalized early. Appropriately for the weather, McCarty notched the hockey assist with a ball to Mukhtar, who was sprinting down the edge of the 18-yard box. Just short of the endline, he cut the ball over Tyler Miller’s gloves at the near post. Sapong was there to tap it in behind Miller, untroubled by either centerback. NSC led 1-0, a whole 5 minutes into the match.

The remaining 40 minutes of the half were spent with Nashville hoping to capitalize on Minnesota’s frustration to double their lead. Somehow they would not. But while the Loons held off those threats, they also couldn’t buy their way out of their own half. A quick glance at the passing maps for both squads shows just how dominant the Nashville midfield was. Minnesota’s best forays into the attacking half came from passes by Franco Fragapane and Reynoso to striker Luis Amarilla. Meanwhile, Nashville camped out in Minnesota’s half with little hassle.

After going into the break down 1-0, Heath made an unprecedented unforced substitution. Kallman and Fragapane made way for DJ Taylor and Bongokuhle “Bongi” Hlongwane. With the back four reshuffled, the Loons’ wings were set free to reclaim the midfield. And then lightning struck.

Play was paused in the 53rd minute and players and fans were sent to seek shelter until the lightning portion of the storm passed. The 30-minute lightning clock reset a few times so by the time the players finished another 15-minute warmup and lined up for the restart, it was about 7:30 PM, more than 140 minutes after kickoff. Under a darkened sky, Bongi brought light to the home squad. His box-to-box runs, technical dribbling and long passes played a huge role in the chances created by Minnesota in the second half.

If not for the interplay between Bongi, Fisher, Reynoso, and Amarilla, the supporters who stayed through the lightning delay wouldn’t have nearly as many shots to cheer about. And this setpiece opportunity in the 71′ would not have happened.

They just have to survive the trip to New Jersey next weekend. Minnesota United FC will play New York Red Bulls on the road on Sunday, March 13, at 6 PM CST.