D.C. Frozen Out 2-0 at Home In a Gritty Battle of Wills with Chicago 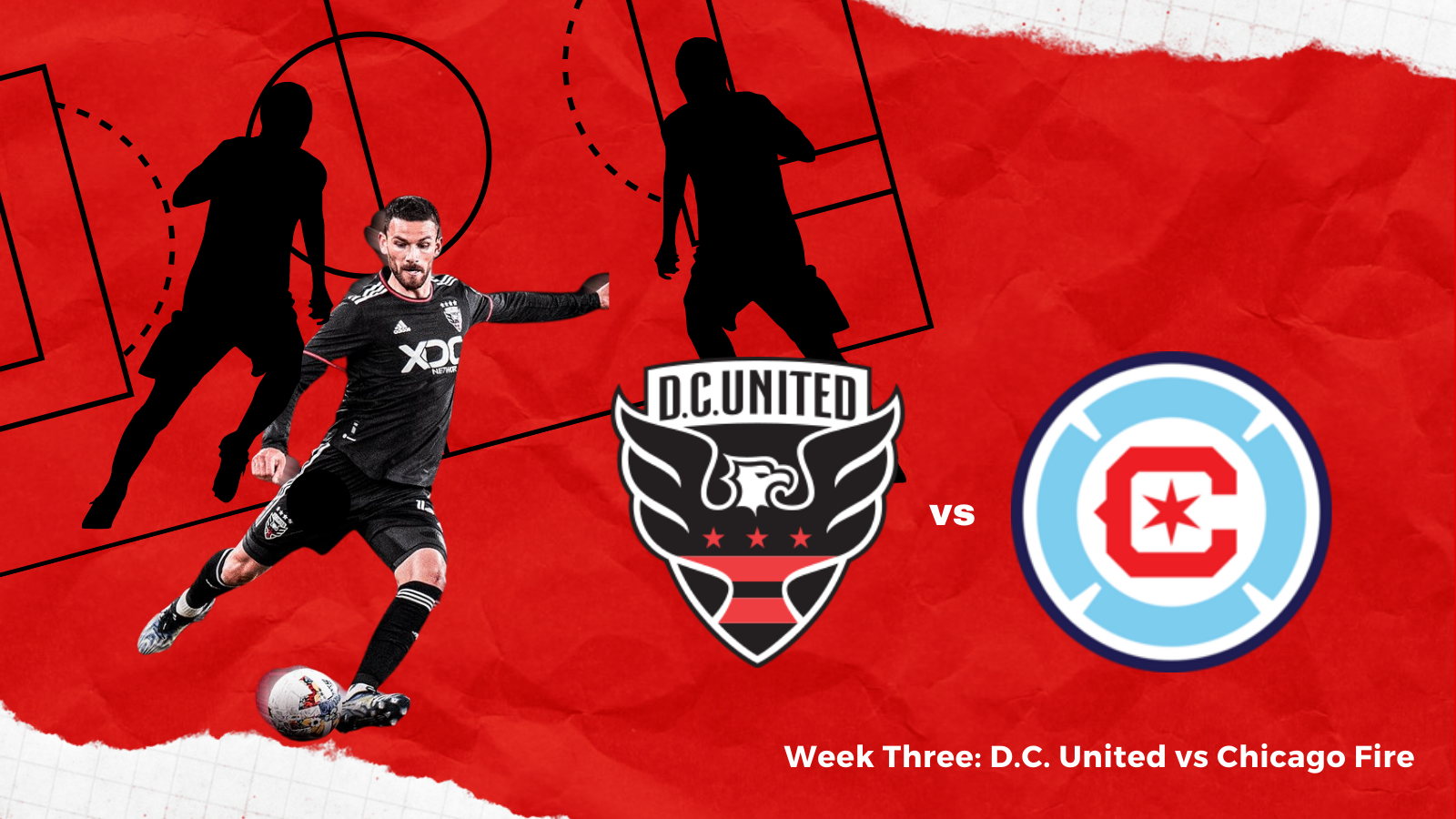 D.C. United lost 2-0 at home to Chicago Fire FC in a frigid, windy match. The Black-and-Red dropped points for the first time this season, while Chicago recorded their first goals of the 2022 campaign.

The Chicago Fire wasn’t the only opponent D.C. United faced on Saturday night. Snow, sleet, and howling winds pummeled the District for much of the day and left anyone dedicated enough to brave an outing to Buzzard Point freezing. With kick-off a balmy 26 degrees, it was mind over matter for the players taking the field as freshly shoveled snow was banked along the sidelines.

Despite being scoreless in their first two matches of the season, Chicago is not a team to be taken lightly. The Fire gave D.C. a taste of their own medicine early, taking them to task in the defensive half. Often seeking the feet of DP winger Xherdan Shaqiri, the Fire created quite a few too close for comfort moments.

Determined to flip the script, D.C. made their way toward Fire keeper, 17-year-old Gabriel Slonina. In a chaotic moment, Julian Gressel had an open chance in the box in the 23′, but Slonina saved the shot. Adrien Perez followed in the 28’ with another thwarted attempt. As play continued, the wind got into the match too, lofting the ball just enough to disrupt it’s course.

In the 32’, Chicago made good on their threat to break their scoreless run and with it, Bill Hamid’s clean-sheet streak.

Stanislav Ivanov slipped a right-footed shot just over a diving Hamid to notch Chicago’s first goal of the 2022 season. Given the strong connections the Fire is showing already on the field, there will be many more goals to come.

While D.C. made the effort to find a chance in the dying minutes of the half, they headed to the locker room down by one. The best efforts of the Black-and-Red couldn’t seem to break through Chicago’s defenses despite a bevy of close chances created by Edison Flores, Ola Kamara, Drew Skundrich, and company.

The second half saw a dominant Chicago continue to take advantage of even the slightest hole in D.C.’s backline to launch their assault. The Fire’s persistence was rewarded as Jonathan Bornstein found an opening in the 80′, taking advantage of a neatly placed header by Gastón Giménez to slip a ball past Andy Najar and Hamid, doubling their lead to 2-0.

With less than ten minutes in the match, there wasn’t much time for the Black-and-Red to stage a comeback and despite four minutes of stoppage time, D.C. ended the match without managing to find the back of the net.

Facing arguably a tougher opponent in Chicago than they had in the first two matches of the season, D.C. had to struggle against the inclement weather and the Fire’s stacked roster – with DPs Giménez and Shaqiri rounding out the squad.