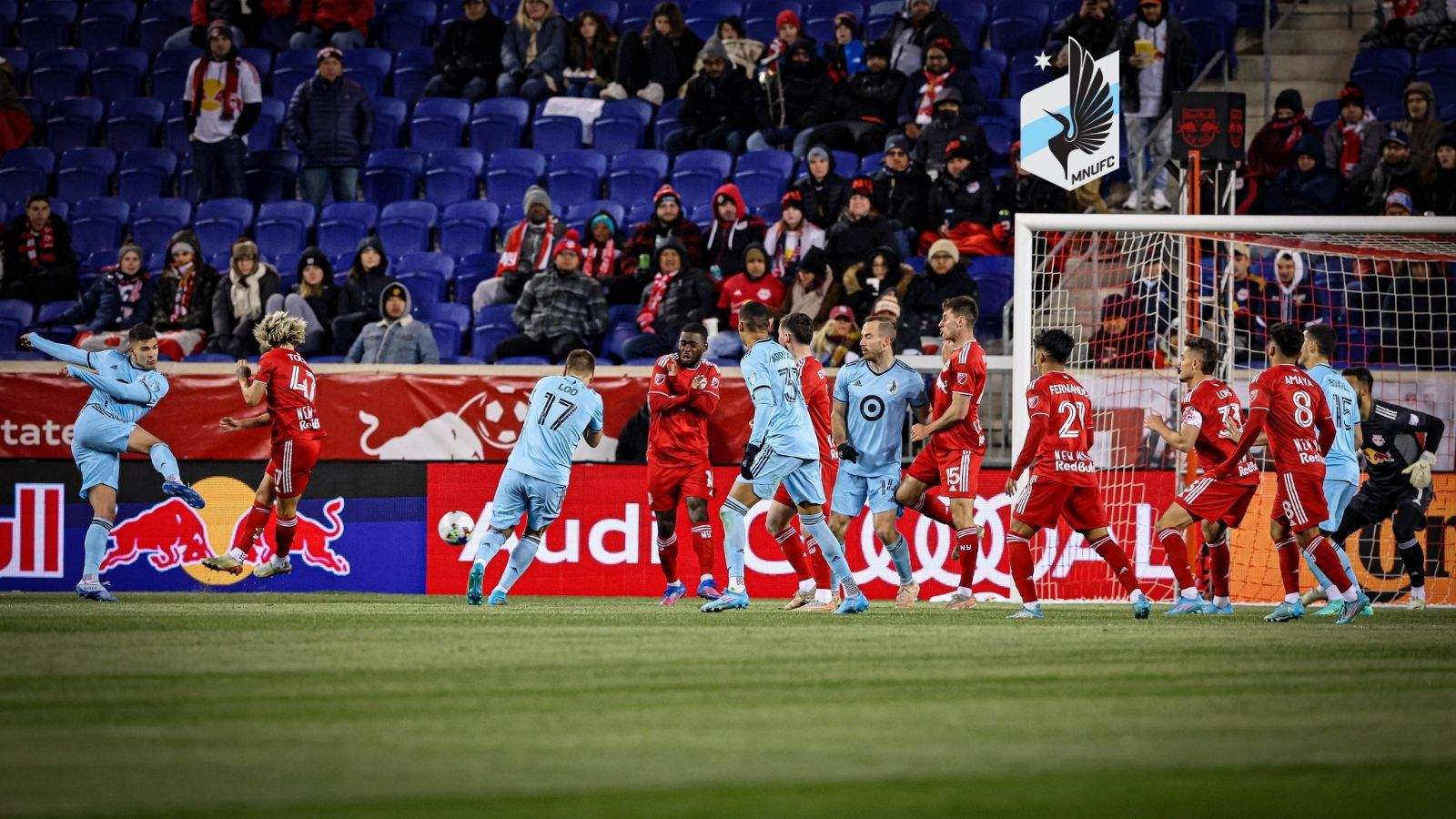 In a rare twist of fortune, Minnesota United FC seized an opportunity Sunday night to play spoiler to a New York Red Bulls side that hoped their home opener would make franchise history. But instead of a record-breaking three-win streak to open their season, the Red Bulls were held scoreless and the Loons went home with their first win of the season.

Minnesota’s ever-changing backline took another hit on Sunday with goalkeeper Tyler Miller coming down with a bug. Dayne St Clair got his first start of the season. The fullback positions were shaken up again too. With Oniel Fisher and Bakaye Dibassy injured, Hassani Dotson stepped into the right back role and DJ Taylor into the left. St Clair told broadcasters he was comfortable with this situation (the trio are friends and have good off-field chemistry) but the fans were less so given the opponent.

Lewis Morgan, fresh off of a hat trick performance in Toronto last week, and Patryk Klimala challenged Minnesota’s defense early. While Klimala missed his first attempt, Morgan’s shot in the 8′ went down as the first of St Clair’s eight saves on the night. His second was a stone-cold stop of Klimala’s penalty kick in the 14′.

Dotson’s accidental handball that led to the PK was one of many blushes for the stand-in rightback. Poor passing by Dotson and Trapp led to a number of Red Bull counter attacks. When Minnesota could get into the final third, the attacking Loons jumped in on the turnover action. But for the grace and composure of St. Clair, the Loons were spared.

A dime from Dotson in the 51′ spelled redemption. Following a Reynoso freekick, Dotson collected a poorly cleared ball from the far corner of the 18 and lofted it back into the box where a handful of blue shirts were still gathered. Amarilla was ready and sent a one-time finish past Carlos Coronel for the surprise go-ahead goal and eventual match winner.

How to sum up the remaining 40 minutes (and four minutes of stoppage time)? Well, St. Clair secured his Man of the Match nod, at one point saving what could have been an Arriaga own-goal. A flurry of flops and fouls were seen in both boxes, but most were orchestrated by the Red Bulls who, despite a couple of late offensive subs, could not turn the tide back in their favor. Minnesota stymied a stoppage time corner to hold on to the win and a massive three points.

It was quite the early-season treat for Minnesota supporters and the Loons are now the team with momentum. Undefeated in three, with five points to their credit, Minnesota United FC returns home to Allianz Field to host the San Jose Earthquakes on Sunday, March 19.