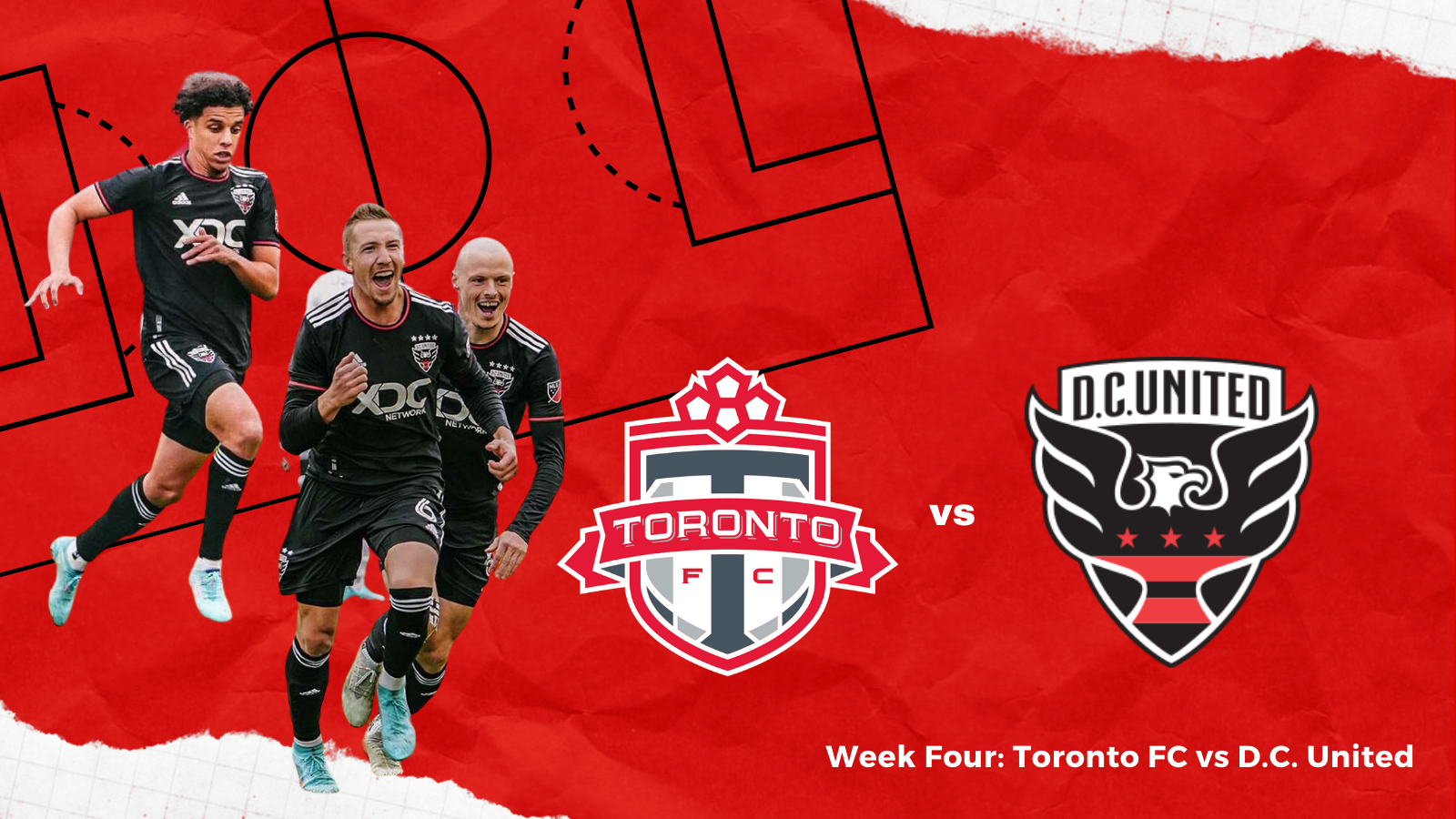 A lone goal for D.C. United’s Russell Canouse in the 10’ wasn’t enough to earn points on the road in Toronto and the Black-and-Red were sent packing back to the District, 2-1.

The Black-and-Red hauled it up north to chilly Toronto, seeking another three points on the road. Both D.C. and Toronto FC were smarting from losses in their last match, making a win that much dearer.

D.C. United started the match strong, pressing Toronto and creating chances in the opening moments with both Ola Kamara and Nigel Robertha lobbing dangerous shots. Alex Bono denied both of their efforts, but the testing of Toronto’s defense and tidy service from Julian Gressel and Edison Flores boded well for the Black-and-Red.

Russell Canouse returned to the pitch for his first match of the 2022 season. He scored D.C.’s lone goal of the match in the 10’. Sweet service from Nigel Robertha found Canouse ready and waiting in front of Bono, where he tipped in a precise header.

While Jesús Jiménez had a dangerous chance on goal in the 16′, it was Alejandro Pozuelo who found the equalizer for Toronto. Capitalizing on a corner kick, he slotted the ball through traffic and past Bill Hamid in the 23’.

With a lot of match left, D.C. and Toronto went to the locker rooms all tied up. Unfortunately, the dominance D.C. held onto in the first half ebbed, and Toronto ramped up to take advantage of any chink they found in the Black-and-Red’s defensive armor.

A promising chance for Edison Flores in the 46’ barely missed, going just wide and to the right. The frustration was visible as Flores recognized the missed opportunity.

In the 53’ Jonathan Osorio found the game-winner for Toronto. Getting a foot on a well-placed cross by Luca Petrasso, Osorio tipped the ball into the bottom right corner of the net.

Although D.C. would continue to seek chances, their next openings also resulted in misses. In the 70’ Yow turned a quick shot in the box, but he was denied. Edison Flores tried just a minute later but couldn’t break through Toronto’s brick wall.

Toronto didn’t let up on D.C. and the Bradleys ended their night on a high note. D.C. head coach Hernán Losada was understandably disappointed and will certainly be reviewing tape before D.C. meets Atlanta United on April 2 at Audi Field.