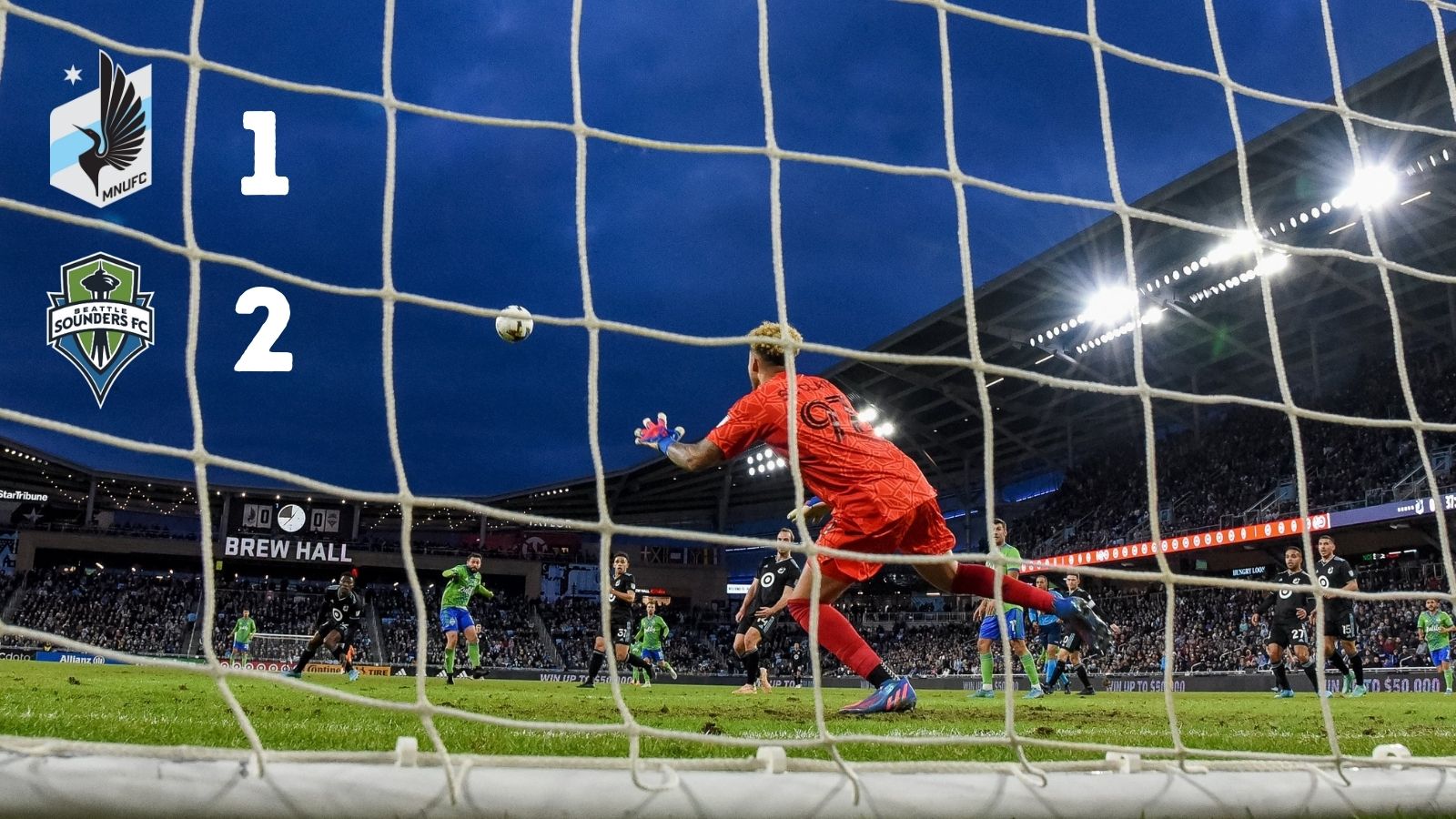 Minnesota United FC’s undefeated start to the season skidded to an end on Saturday night with a 2-1 loss to the Seattle Sounders. Both teams sounded their depths, so to speak, but the Loons were once again outclassed by this Western Conference foe, falling to 1-1-9 all time in MLS meetings, and marking their first loss of the season.

Consistency has long been a problem for MNUFC and Saturday night was no different. With young striker Abu Danladi getting his first start of the season (on the left wing) and immediately finding some chemistry with back-up left back Bakaye Dibassy, there was a brief sense that this meeting could be different. The opening 15 minutes were fluid and exciting. Defensive mid and captain Wil Trapp explained, “Abu [Danladi] had a huge chance. Robin [Lod] had a chance and it felt like, if we just convert one of these, it’s going to be a good night for us.”

They did not convert and it was not a good night.

“You saw the impatience come through. We were generating chances. We were coming on a break and then we’re trying to do it every time,” Trapp said. “When that game becomes almost like a Final Four basketball game, you get tired and the spaces get bigger, and then you’re running a little bit more. They have good players that get around the ball and their understanding of space is impressive.”

Midfield passing has been the Loons’ Achilles heel since the club’s promotion to MLS. Stats rarely tell the full story of a match. But if you were to look at just one piece of data to summarize this match, the passing maps speak volumes. Seattle (shown in green) clearly dominated the central third and frustrated Minnesota’s entire network.

If a midfield manned by Albert Rusnák, João Paulo, Jordan Morris, Nicolás Lodeiro, and Cristian Roldán, is a reflection of a tired Concacaf Champions League squad, one can only imagine the damage a fully rested and healthy Sounders squad could do to this Loons roster. In the 38th minute, Paulo notched the first goal of the night, thus ending MNUFC’s 300 minute shutout streak. His one-touch strike was Paulo’s third goal in four appearances against the Loons.

Down 1-0 at the half, Adrian Heath made his first sub as the match restarted. Danladi made way for Joseph Rosales who brought a bit more power to the midfield, but any momentum was sucked away when a shot by Jordan Morris was deflected into the net by centerback Brent Kallman in the 49′. The own goal sucked the life out of Allianz Field and fans were quiet until the 63′ when Bongi Hlongwane and Kemar Lawrence replaced DJ Taylor and Kallman respectively.

Lawrence brought new energy to the backline, helping to redirect traffic down the pitch. Bongi’s speed, coupled with Rosales’ fearlessness, sparked a comeback in the final 15 minutes of regular time. Rosales drew a penalty in the 83′, which Emanuel Reynoso converted cleanly (his first goal in 2022) to halve Seattle’s lead to 2-1. While the Loons’ energy was also converted, the spark proved to be too little too late.

It was an ugly way to end an undefeated run, but considering the fact that Seattle had the luxury of bringing Raúl Ruidíaz in off the bench to supplement the power of Paulo and Albert Rusnák – the embodiment of chaos itself – Minnesota was lucky to get away with conceding only two goals.