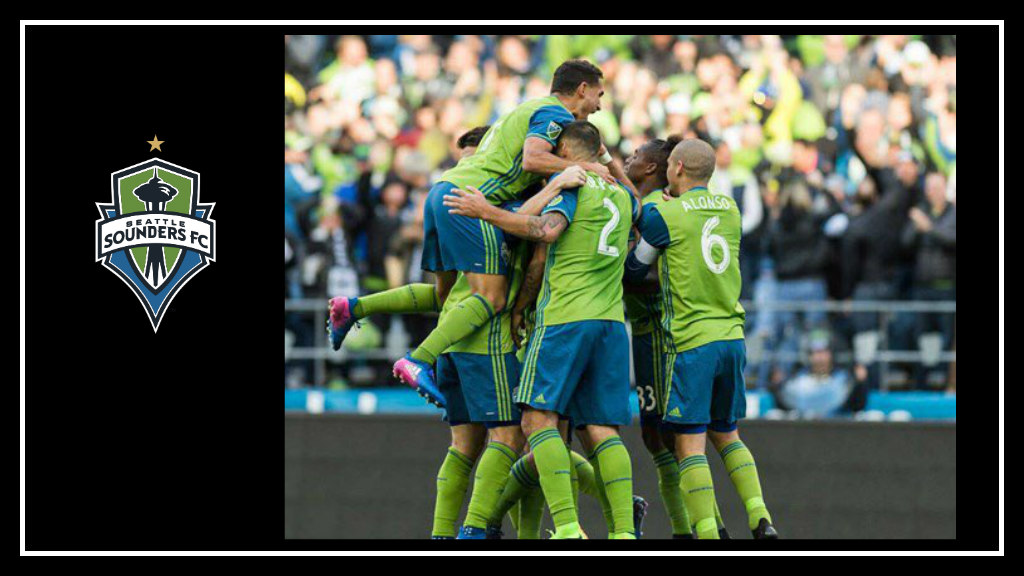 There is nothing like watching the Sounders play in Seattle. With March 19th being their first home game of the season since their MLS Cup win, the atmosphere at CenturyLink Field seemed to be more electric than normal. After their Championship Celebration and banner unveiling, the reigning MLS champs went on to beat the New York Red Bulls 3-1 in front of a record high crowd of 45,600.

With Roman Torres out on suspension for misconduct in last week’s match against Montreal Impact, a large question was how the Sounders would do without their star defender. However, the win was never too out of reach for the Sounders, as they started off stronger and more in control than they had during their first two games of the season.

The Red Bulls did put in effort and came away with one goal that came out of nowhere in the 59th minute when Bradley Wright-Phillips headed in a nice cross from Sal Zizzo. The Sounders, however, were unstoppable with three beautiful goals including a penalty kick from Clint Dempsey in the 28th minute after Jordan Morris was brought down in the box by Red Bulls goalkeeper Luis Robles.

Goal number two was a result of an impressive show of skills from Joevin Jones to Nicolas Lodeiro who made a beautiful cross where Jordan Morris was able to head it past Robles in the 66th minute. Lastly, the third and final goal came in the 78th minute after Harry Shipp tapped in a shot that Jones took from outside the box that seemed to be heading straight to Robles.

Yellow cards were not super prevalent in this match but one standout moment was when Red Bulls forward Fredrik Gulbrandsen attempted to earn a penalty kick for his team immediately after the Sounders had taken theirs and was instead met with a yellow for simulation and a Sounders free kick.

Injuries always seem to be around the corner and there seemed to be a couple that might become an issue in the future. Oniel Fisher came off in the 64th minute after a foul by Sean Davis with Alvaro Fernandez replacing him on the field. Jordan Morris played through the limps (and still scored) after he was brought down in the box but came away with an ankle injury. Lastly, Chad Marshall took an elbow to the head while doing his defending but continued playing and doing his thing, as Chad Marshall does.

All in all, after starting the season off with one loss and one draw, the Sounders are back to winning and on the right track to defending their championship title.

This result leaves the Sounders ranked as 6th in the Western Conference and is hopefully just the right beginning to keep this winning momentum going. Next week, we face Atlanta United who boast an impressive record so far. Atlanta did beat the Sounders during preseason but then, they have never played Seattle at home so it will definitely be a face-off to watch.