Tie Games Are Our Specialty 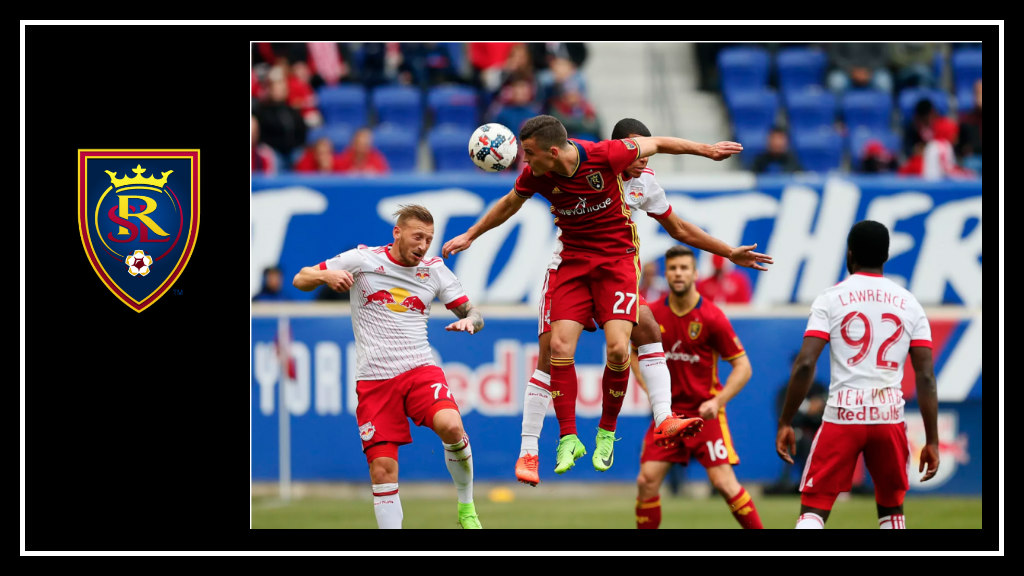 With interim coach Daryl Shore taking over after Jeff Cassar was fired after three games this season (and no games won since August last season) Real Salt Lake takes it on the road to New York to take on the Red Bulls, finishing with a 0-0 draw and their first road shutout since April 2015 against SportingKC.

RSL had 9 players out on either injury (Horst/Glad/Barrett –knee, Plata – hip, Beltran – back, Allen – quad), international duty (Rimando for USA & Rusnak for Slovakia) or from suspension (Beckerman). For RSL fans this game was a nail biter before it even began.

While we came out strong in the first half, we could not complete passes (5 players on the team had less than 50% pass success rate), nor could we seem to hit the back of the net, although we did have a fantastic debut from Matt VanOekel who had 3 very big saves during this game and became Man of the Match.

Our defense stepped up as well, with Aaron Maund clearing the ball 13 times alone (returning for the first time since August of last year, being out due to injury), and with a couple of great tackles by Chris Schuler. All in all we had 5 shots on target though they fell short of the back of the net, and we continued our card collecting with 5 cards collected this game from referee Chris Penso. Yellow cards were given to the following: Luke Mulholland (57’), Luis Silva (66’), Sunny (68’), Aaron Maund (70’), and Ricardo Velazco (87’).

We did see another debut for MLS Homegrown players, with Jose Hernandez coming in at the 73rd minute of play. This makes him the 7th player to make a club debut in the first 4 games of the season for RSL. With our team looking more and more to homegrown academy players, we are starting to play younger players, but also ones who have proven themselves over the years as they’ve worked their way up to RSL status.

All in all, I think RSL fans were expecting worse with the number of players out and the odds stacked against us. We retained a tight defense, even when things seemed to get a little hot headed up in front while scrambling for the ball between our own players. We did, however, need to work on our possession with us only having a 36% possession for the entire game.

–Brooks Lennon is FAST. Freaky fast. He and Saucedo showed their talents tonight with fancy footwork and constantly keeping up with a very talented Bradley Wright-Phillips. When Plata comes back he is going to have some very talented and fast teammates to work with.

-Matt VanOekel came out strong for his first RSL debut. He did our team, and Nick Rimando proud.

Great result on the road boys! Way to grind it out! Goose 🥚 for MVO and the warriors across the field👍🏼

-We still dominate when it comes to collecting cards. This is not a good thing.

-Fans are getting tired of saying “At least we didn’t lose?” to people after games. We need to pull together against Minnesota United who have let 18 goals past them in the first four games of this season alone.