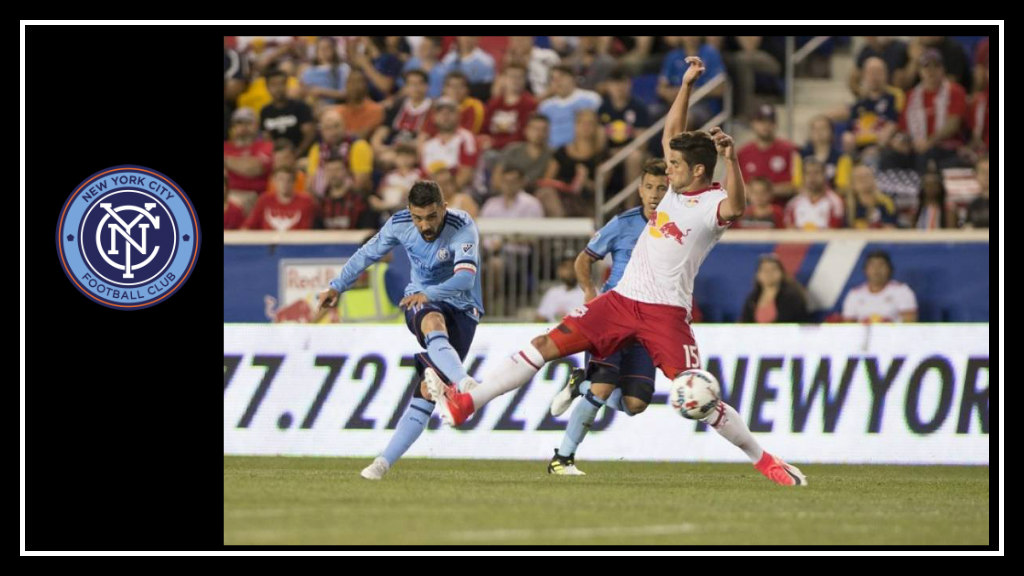 Honesty is my only policy, so let me start this as honestly as possible: I just don’t care about the U.S. Open Cup.

Is that a side effect of New York City FC never making it past the first game? Probably. But even if they did manage to make the third time the charm and pull through, I can all but entirely guarantee I still wouldn’t care. Cups don’t have to feel like afterthoughts to leagues — the Coppa Italia sure isn’t — but this one absolutely does. It isn’t enthralling, it isn’t interesting, and if clubs themselves don’t care, why should I?

But here we are. And to their credit, NYCFC did care this time. Patrick Vieira put out a full-force starting eleven, and the New York Red Bulls responded in kind. Looking at the lineups, you could easily mistake it for a derby in the league. (By the way, that’s in a week and a half.) So that’s nice! Great to see both teams taking the Cup seriously!

That’s about where the great things end.

The boys in blue found themselves victims of utterly terrible luck. Early on in the first half, David Villa delivered an inch-perfect pass that landed gracefully at the feet of an unmarked Tommy McNamara. T-Mac wound up, T-Mac kicked, T-Mac somehow managed to ping the ball off the crossbar, then the ground, then the crossbar again, then the ground again. A perfect vertical arc that kept the ball squarely out of the net.

From that point on, it was fated to be that kind of game. As the first half was dying down, Villa’s otherwise brilliant shot on goal deflected off the post and went straight into Ryan Meara‘s arms. At the other end of the pitch, the Red Bulls did their fair share of testing NYCFC as well. Sean Johnson made several stunning saves, and all told, it was a strong showing from both sides over those first forty-five minutes.

Then Maxi Moralez went down with an injury before the break, and things rapidly fell apart.

There’s not much that can be said about the second half. With John Stertzer coming in to replace Maxi (and only lasting twenty weak minutes before getting subbed off himself) the midfield couldn’t connect, and NYCFC were pinned back in their own half more often than not. It was only a matter of time before the Red Bulls beat them back, and god, did they ever.

In typical gutsy fashion, Johnson came off his line to deny Bradley Wright-Phillips, leaving an open goal that Daniel Royer capitalized on. Though we could all feel a Red Bulls goal coming, I wish it hadn’t been that kind of goal. It was embarrassing to be caught with an empty net, and what little Frédéric Brillant did to try to defend the line in Johnson’s stead was… well, too little by far.

Losing to the Red Bulls is familiar in the worst way. But, you know… It’s the Open Cup. Who cares?

Get it together for the derby, boys. Hit them where it really counts.

I can spare you a random thought or two:

For the next few days I’ll be salting the earth and praying that Nicolás Lodeiro doesn’t do Nicolás Lodeiro things to us when the Sounders come to town. Please, join me.