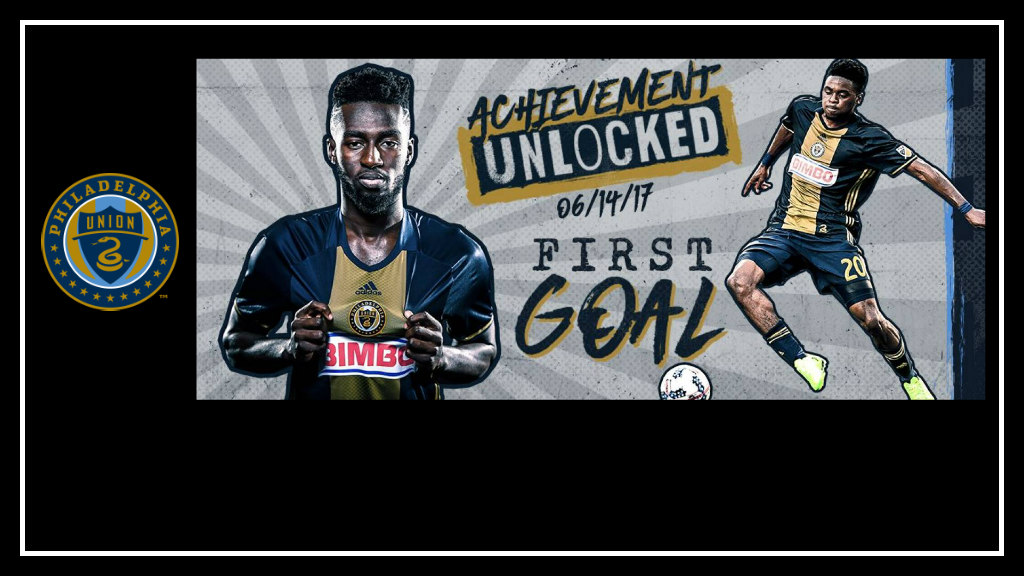 As I mentioned in my getting to know me post, my first match watching the Philadelphia Union was an Open Cup match, so I get inordinately excited to watch the boys in blue in this tournament. Wednesday’s match against the Harrisburg City Islanders was an expected win with ample minutes for some fresh faces.

Andre Blake was still on duty with the Jamaican national team, so the starting goalie for the night was John McCarthy, who would be very familiar with the City Islanders through his time with the Union’s USL side: Bethlehem Steel. Haris Medunjanin continued to wear the captain’s armband through the absence of Alejandro Bedoya (recovering from a tweak during international play with the U.S.) Up top, Jay Simpson, CJ Sapong and Marcus Epps took care of the offense. It was Epps’ first start for the Union and he did an excellent job to connect with Derrick Jones up the right side of the field.

Keegan Rosenberry got a start as Ray Gaddis was resting on the bench and Josh Yaro got his first start of the season for the Union after a long injury setback. Giliano Wijnaldum took over as leftback for Fabinho and Roland Alberg was back in the midfield to help Haris Medunjanin and Derrick Jones deliver the ball.

The Union goals came early with a distance shot from Derrick Jones that was unable to be stopped by Harrisburg’s Sean Lewis. Simpson recorded his first assist with Jones’ goal and his second by cutting across the box and finding Sapong, who had no problem getting the ball into the back of the net.

Simpson got his second assist of the game on CJ’s 33rd minute goal.#DOOP pic.twitter.com/R0uFcC0eWt

Harrisburg wasn’t sitting on their hands though, as Johnny Mendoza helped the USL team get one back in the 37th minute of play. The defensive breakdown from a counter isn’t exactly a surprising move by the Union, but something tells me the switch of Jack Elliott to work with Wijnaldum on the left contributed to the mistak

While the Union’s defense still needs some experimenting, the attack prospered with the new combination of Simpson, Sapong, and rookie Marcus Epps. Epps got the third goal for Philadelphia just minutes into the second half with a cheeky toe-in past Lewis for his career first. Simpson had some good looks on goal without any luck, but I think his awareness of the space in the final third along with helping with giving the other’s team defense someone else to worry about will be key for the rest of Philadelphia’s season.

Another stand out player in this game for me was Derrick Jones working with Haris Medunjanin in the midfield. It was a different role for Jones, more fluidity in his responsibilities unlike what we’ve seen from him previously. I would argue we saw more of what Jones could bring to the table beyond defensive capabilities. With Bedoya still off the roster, Medunjanin and Jones had to juggle around the number 8 position and their usual duties. Jones had a high passing accuracy along with a couple of clearances that helped keep the game in the Union’s favor.

John McCarthy also pulled off some great saves to keep the scoreline 3-1 when Mendoza’s cross landed at Pedro Ribeiro’s feet in the box. Philadelphia also had a bit of luck when a rebounded header from Josh Grosh hit the crossbar. McCarthy had six saves in the game and most of those came in the second half as Harrisburg wasn’t willing to leave Talen without a fight.

The Union suffered a 2-1 loss in New York before the international break at the hands of NYCFC and this weekend, the New York Red Bulls come to Talen fresh off of their USOC win against NYC. This will be the second game against the NYRB in the season. Their last meet-up was in May, when CJ Sapong got a hattrick and the Union broke their winless streak. Philadelphia will also meet the Red Bulls for the next round of the Open Cup on June 28th.

My prediction: We’ll really make that rivalry label stick and get the win at home.