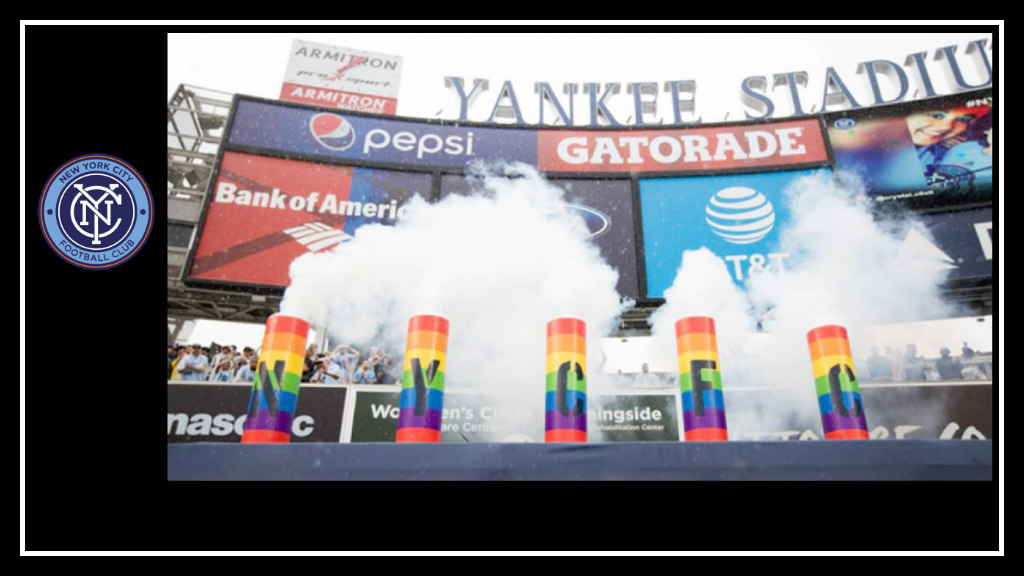 This game should not have been played.

It’s great that it was, considering NYCFC came away with three crucial points to propel them to third place in the Eastern Conference and overall, but at the end of the day it really should not have continued past half-time. It poured buckets on Yankee Stadium, and the pitch more resembled a small lake than anything else. Players were kicking up waves of water when they went for the ball, which often skidded to a stop long before it reached its destination. At one point is was said that the match would be suspended if the ball stopped moving entirely.

Which… happened. And yet the match continued! Whatever, I guess. Let the water ballet commence.

Both teams had difficulty acclimating to the conditions, which made for a match that was somehow both extremely sloppy and woefully boring to watch. Aside from the slow-motion loping across the pitch that led to Cristian Roldan‘s goal, very little in the first half stood out. NYCFC’s best (read: least awful) chance came during stoppage time, when David Villa pinged the ball off the crossbar.

There was some concern bubbling up that it would be another one of Those Matches for NYCFC, coming hot off the heels of the U.S. Open Cup loss to the New York Red Bulls. Missed chances, deflections off the post, and bad luck compounding on top of awful weather. Nobody wanted to see that again. We came to be entertained.

Villa heard the call, come on New York, and he responded in kind.

Debate all you want about NYCFC’s equalizer, which came off a penalty call early on in the second half. Contention over referee decisions is the most boring part of football to me. The only hill I’ll die on is that Villa wasn’t diving — in fact, he clearly gets up and keeps going for the ball after he gets knocked down. Which, you know. Kind of defeats the purpose of a dive. He’s grown a lot since he was going for Olympic gold in diving back at FC Barcelona, guys. He isn’t that guy anymore. (Thank god. I hated that guy.)

But nobody can deny the majesty that was Villa’s second goal of the night. Jack Harrison was at his Jack Harrisonest, coolly fighting off Seattle Sounders FC defenders to create space where no space previously existed, and when he sent the ball across the face of the goal, an entirely unmarked Villa was there to chip it in.

I find it funny that teams don’t mark Villa every second of every game. He’s the greatest DP in the history of the league, guys. If you don’t want to mark him, that’s fine, more goals for us — but it makes you look pretty foolish when he’s consistently wide open.

Regardless, that sealed the deal for NYCFC. Ugo attempted to net a third toward the end of the match, but after a great save from Stefan Frei, the ball ping-ponged about in the box to no result. Chad Marshall had Seattle’s best attempt at a final equalizer in the very last seconds of the game, but it wasn’t meant to be. After Villa’s second goal, the clouds broke over Yankee Stadium and the sun shone down on the boys in blue, weak but insistent. A sign, surely, that things were meant to go their way.

A few bits and bobs, while I have your attention:

Next week is the Hudson River Derby (again?) at Red Bull Arena (again??) and… yours truly will be MIA due to moving house. But fear not! We do have Sylvana over in the NYRB section, who I’m sure will do a bang-up job writing about the match no matter what color New York ends up being next weekend.