Hydration Breaks & the End of the Dry Spell 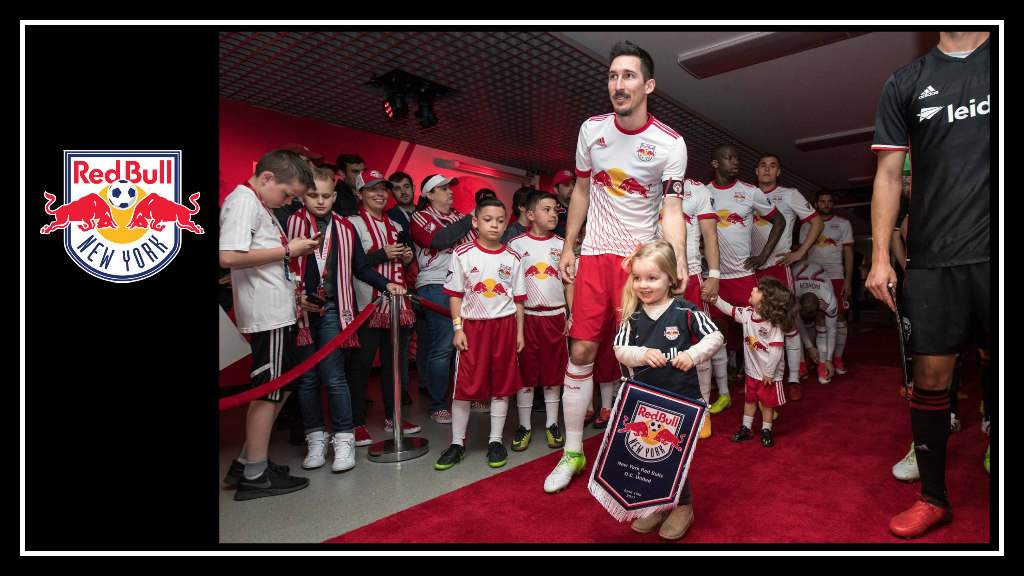 Happy Father’s Day, everybody. After spending my midday watching one of my favorite players of all time (my 9-year-old) in his last game of the season, I made it home just in time to watch the New York Red Bulls (7-7-2, 23 points) take on the Philadelphia Union (4-7-4, 16 points). Let me state for the record: I do NOT believe this matchup qualifies as a rivalry. If anything, RBNY fans seem indifferent towards Philly. That’s understandably odd, since the NY/Philly rivalry is common across other sports. But between DC United and NYCFC, there’s just no room for more animosity.

Panamanian International Michael Amir Murillo is back, as well as Jamaican International Kemar Lawrence, who was under the weather and didn’t make the Starting XI. With the heat and humidity, MLS allowed for hydration breaks during the match.

A key for RBNY was to contain attacking midfielder Chris Pontius, who has scored more goals against the Red Bulls than any individual opponent. They also had to look out for CJ Sapong, who scored a hat trick in the last meeting of these sides. A major obstacle for the team is that while the Red Bulls go 1v1, the Union seem able to double- or triple-team attackers. Red Bulls have no choice but to play the ball into traffic, which prevents them from finishing their attack. All too often, striker Bradley Wright-Phillips ends up behind the defenders as teammates Alex Muyl and Felipe cross the ball towards him. Additionally, RBNY had made great progress in years past on their set pieces, but it just doesn’t yield any results this season. There is an implication that some variety is in order: Captain Sacha Kljestan steps up for most free kicks and corners.

As Murillo gets an increasing number of starts, he is clearly showing the talent that makes him a Panamanian international. Without Kemar on the left, the ball is played up the right channel, and Murillo owns that entire space.

In the 22nd minute, Pontius proved once again how dangerous he can be; however, RBNY goalkeeper Luis Robles got a hand on a ball in his 156th consecutive appearance (a previous report by yours truly implied his streak was over when he did not appear in the Open Cup match vs NYCFC—his record is only for regular league matches). A call of offside on the subsequent corner kick caused a Union goal to be called back.

Kemar Lawrence comes in at the start of the 2nd half for Aaron Long, who rolled his ankle and could not continue. Knowing he was unwell, this development was disconcerting, but Lawrence quickly showed that he was feeling fine. Then the advantage increased: Union midfielder Derrick Jones received a straight red in the 53rd minute for a dangerous foul on Felipe, who is the most fouled player in the league. Unfortunately, RBNY could make no progress for more than 30 minutes of play against a team of 10.

53′ | We’ll play down a man as Jonesy was shown a red for this tackle. Creavalle brought on for Ilsinho#JoinOrDie pic.twitter.com/aaVppjMZIT

Argentinian midfielder Gonzalo Veron was subbed in for Daniel Royer (84′). He doesn’t get many minutes, and it’s not clear why. Especially when he clearly changes the game. He created a chance almost immediately after coming on, but nothing came of it until the 87th minute, when BWP *finally* got in front of defenders and scored, ending a 524-minute goalless streak on the road). Then came an almost carbon-copy goal from BWP in the 92nd minute. Veron was a factor in both goals. Sounds like he’s a real game-changer…

In more pressing matters, the next installment of the Hudson River Derby will be played against NYCFC at Red Bull Arena this coming Saturday. As for the Union, they come back to RBA on June 28th for the Round of 16 in the Lamar Hunt Open Cup. I’d like to see more of what I’ve been seeing.