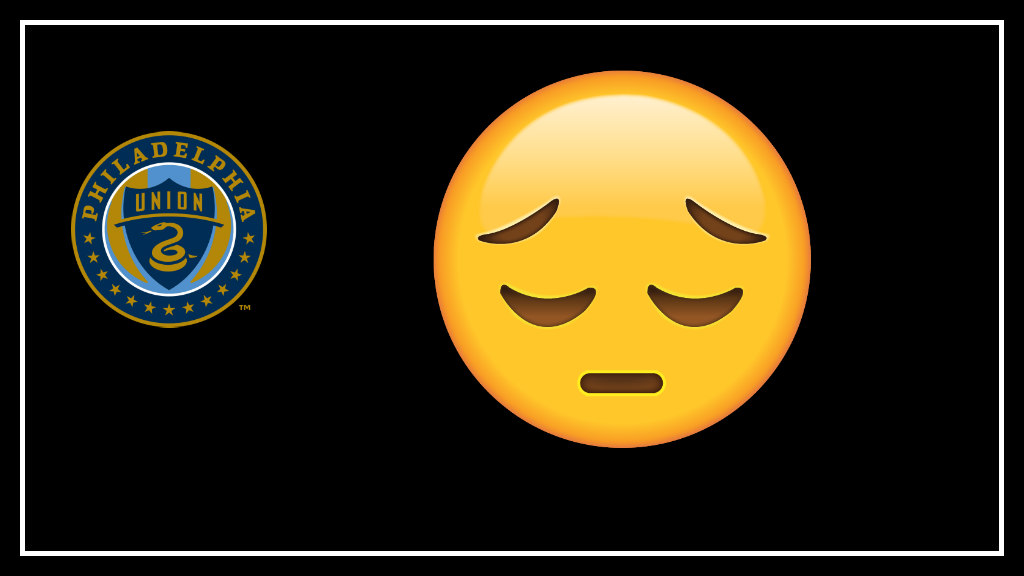 Late goals are the demise of Philadelphia Union. Out of the nineteen goals the Union has conceded in the regular season, twelve of them have been in the second half. Bradley Wright-Phillips capitalized on the red card given to Derrick Jones in the 53rd minute of the game to tidy up the match with two goals. Was it straight red card worthy? I would disagree, but that’s not exactly the problem to focus on. If anything, the red card gave us the lens to focus on the real issue.

53′ | We’ll play down a man as Jonesy was shown a red for this tackle. Creavalle brought on for Ilsinho#JoinOrDie pic.twitter.com/aaVppjMZIT

Is it creating chances? Is it defending our goal? Is it our persistent gap in the midfield? These questions have been percolating in the fan base for a long while. No one has a concrete solution and no one can settle on one answer (because there are multiple.) Management tells fans to be patient because change is a-coming and the team is building. At this point, all we’re building is sandcastles. It’s understandable to invest in the academy, in home-grown players that could be the future of the team, but the fact of the matter is we’ve been sitting for seven years on the promise of the future.

If the Union wants to build a bridge to the future, there’s got to be traffic on that bridge for it to be useful. In this case, traffic is getting the money to spend on players for these ‘interim’ seasons. Philadelphia is a small team playing in a league that’s outpacing them every year they stick to building up.

Don’t get me wrong, the Union have done some great things with what they have. There have been ups and downs but in the past five years, Philadelphia seems to sputter and stop in the middle of the pack. The middling status isn’t going to be sufficient enough as the league grows, as talent is fielded from international waters, and the Union has nothing to offer. I’m not an advocate of buying superstars for the sake of it, but I am an advocate of commitment. There’s a certain commitment to being in Philadelphia, to watching games like these and wondering if it’ll ever change.

There is great talent in the rookies we have playing (Jack Elliott, Marcus Epps, and Derrick Jones) and the B team in Bethlehem Steel. The problem with always looking to the future is neglecting the now. Philadelphia Union has to pick a direction and once they do, commit to it.

Next week: another rivalry game against DC United who are at the bottom of the table. For the sake of the home fans, Philadelphia will try to snap this three game losing streak. Will they succeed? I hope so. The last time the Union faced DC was at RFK with a lot of firsts on the scoreboard ending in a four-goal win.