The Less than Grand Rapids: Dropping 2 points in the 6 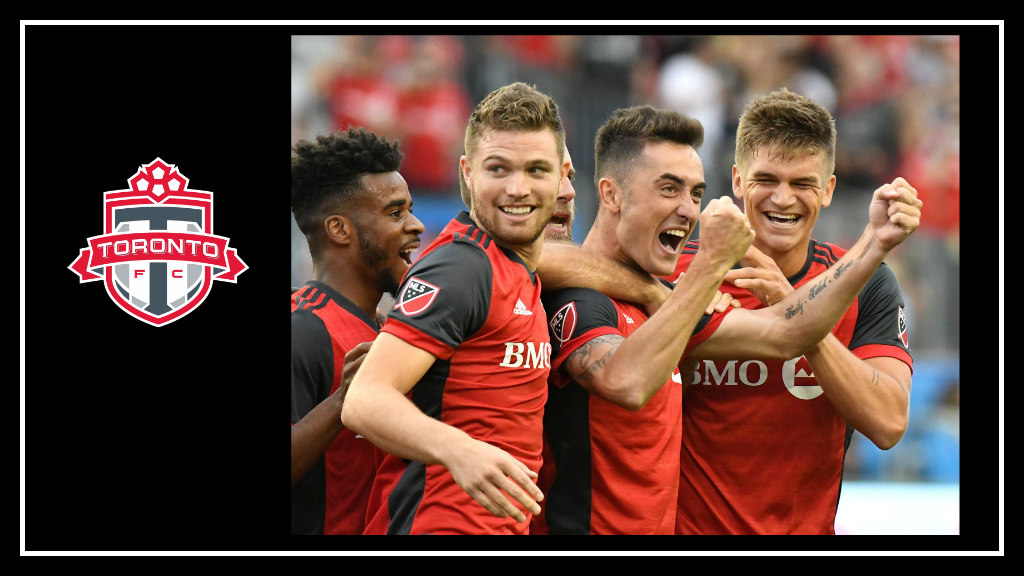 Song of the Match: Bodies by Drowning Pool

I may not have explicitly stated this, but let’s all accept that I had taken a vow of silence until Jay Chapman got his first MLS goal and move on, shall we? There’s something bittersweet about it when, just 3 days before, I sat at my keyboard to angrily tap out—with stills as evidence—just how he was robbed by a shoddy offside call in the New York City FC game. No matter now, our boy has done it and he did it at home! My exaltation could be felt throughout the south end. He made us all proud.

I will also reiterate a common theme I’ve seen tossed around the Toronto FC circles over the past week, which is if Jay had have been able to finish out the game we would have walked off the pitch with 3 points instead of 1. He was my clear vote for Player of the Match and in his absence the team fell a bit in their graces and we conceded a goal on a bad turnover from Armando Cooper. It wasn’t, however, without a plucky performance from Raheem Edwards who came on as a sub and tried his utmost to save the game. Needless to say the Canadians boys did me proud that day, even if the result didn’t.

Not for the first time, I find I have to prevent myself from writing an entire article about one of our Canadian prides, but I will take a short reprieve to complain a little. I speak from a place of complete bias but the refereeing was, to put it lightly, deplorable. I have never seen a team waste so much time writhing on the ground in apparent pain with the ref doing little to prevent it or to fairly allot stoppage time accordingly, despite the protests of our players.

Colorado Rapid fans I wish to remain on good terms with, please cover your eyes – but to be frank if that were my team I’d be embarrassed by that display of bad sportsmanship. That is not how you beg for a point, not in my house. But apparently in ref Guzman and co.’s books that is how you rustle up a point and it doesn’t even count towards injury time. Maybe because he knew as well as we did the “injuries” were questionable.

Of course the draw is not to be attributed solely to the histrionics of the Colorado players in the final 10 minutes. We were lackluster at times and we could have put the game to bed in the first half with half a dozen clear cut chances we couldn’t capitulate on. Nonetheless, it left a bad taste in my mouth to end the game on such a sour note when we had brought on a Raheem Edwards who was ready to run his way back to a win.

Since early July our squad has been depleted by players away on International duty for the Gold Cup, as well as, injury and during that time we managed to pick up 5 points in 4 games and maintain a 2 point lead at the top of the table, albeit with a game in hand. To be honest, I’m not too sure what to make of that.

TFC fans have been positively spoiled of late, and I’ve come to expect wins nearly all the time. However, we managed to keep our feet beneath us with a squad that didn’t have a lot of experience playing together and some of the greener players were able to show us what they’re made of.

I hope manager Greg Vanney remembers that down the line, after a second season of Jay Chapman showing us just what he can be capable of after a run of games. I remain optimistic and I know a lot of us were worried about dropping points during this stretch. At any rate we survived it, our squad is slowly returning to full strength, and we are prepared to continue fighting for our place at the top.

It’s an exciting season with Toronto FC; we did the unprecedented in offering a coach a contract extension (no seriously, we’ve never done this before. Moving on up! [source]) and we boast what has been called the deepest team in MLS history (thanks, Greg![source]). We recently reached a franchise record of 6 consecutive wins [source], and the Montreal Impact are doing abysmally. For once in our lives, it’s easy being Red. So here’s to the coming weeks, closing out the summer on a high, and enjoying watching some quality football without our jackets on!

P.S. A huge congratulations as well for Ashtone Morgan. As I was on my vow of silence (ahem), I didn’t get to congratulate him before but I am extremely happy for him for the goal and for the blessing of being able to watch Ashtone come back into himself as a player. Another Canadian who has me welling up with pride at the moment!

P.P.S. Welcome back Nick Hagglund. I love you and missed you, Nicky!