Kings of the South 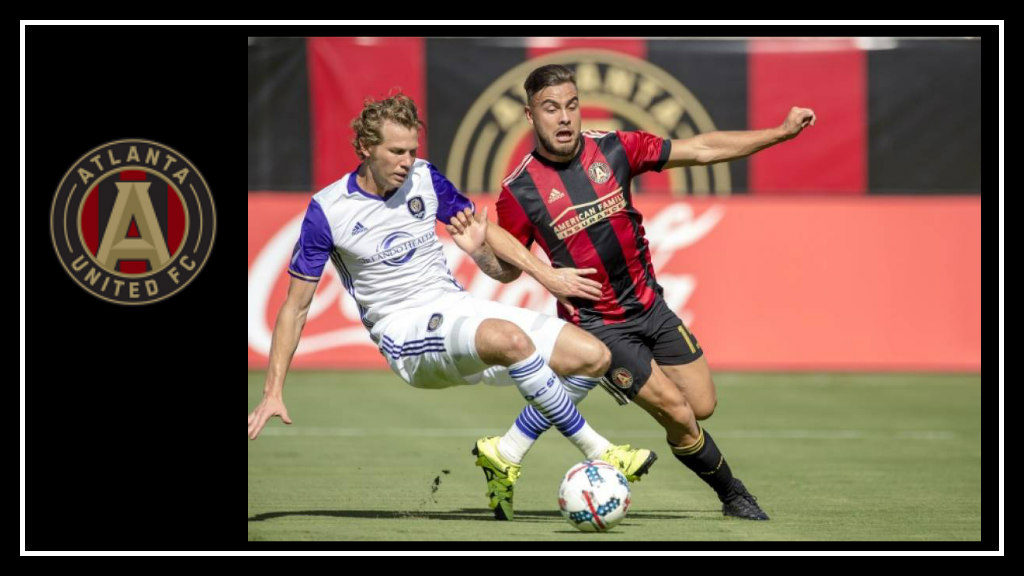 After much online banter between Atlanta United and Orlando City fans over the last month – and some for over two years prior, the two teams finally met in Orlando on Friday, July 21 to begin the (slightly manufactured) rivalry everyone’s been talking about.

Things got heated a few days before the game when we learned that ATLUTD had paid for a billboard to go up in downtown Orlando, two blocks from the OCSC stadium.

This did not go over well in Orlando. Two days after it went up, the billboard was defaced (allegedly) by the Iron Lion Firm, one of OCSC’s let’s say “rowdier” supporters groups. The billboard was taken down later that day, whether by Orlando fans or because that was the plan is unclear.

ATLUTD had just under 500 fans travel to Orlando for the game. During the march to the match, Atlanta fans were escorted by local police and some OCSC front office staff. Someone threw a purple smoke bomb in the middle of the march. Another Atlanta fan was sucker punched walking to the stadium and the people he was with had water bottles thrown at them. There were also reports of a false fire alarm at 3:45AM at the hotel the team was staying at. The social media staff had a good response to that one:

The game was pretty close, though. If not for Tito Villalba‘s late screamer of a goal, ATLUTD would have come away with just one point. My favorite part of this clip is that Adrian Healy and Taylor Twellman are talking about how Bendik has been making some great saves and is Orlando’s MVP and then…

This past Saturday, in ATLUTD’s last game at Bobby Dodd Stadium, Orlando struck first. This stunner of a goal from Kaka kept OCSC in the lead for an hour:

HT: @KAKA grabs the opening goal and @OrlandoCitySC heads into the break with the 1-0 lead over @ATLUTD. #ATLvORL https://t.co/jOKPV594JY

I hate to say it, but that was really well done. And it had us ATL fans worried for a while. Down 0-1 at home to a team we defeated 8 days prior? Fortunately, Tito did not let that happen. An extra time goal from Tito took back a point and Atlanta remains undefeated against Orlando City. I do love the treatment Dirty South Soccer gives this clip:

We still have one more game against Orlando coming up in September. Hopefully their fans will be a little bit better behaved (but probably not).

This coming Sunday, Atlanta United travel to Kansas City to take on the top team in the West. I’m nervous, y’all. The good news is that Dom Dwyer is already in Orlando and wasn’t very effective against us this weekend. At least we don’t have to worry about him.

U-15/16 Kings of the Academy. 👑@AcademyATLUTD only needed ☝️ year to make history. 🏆