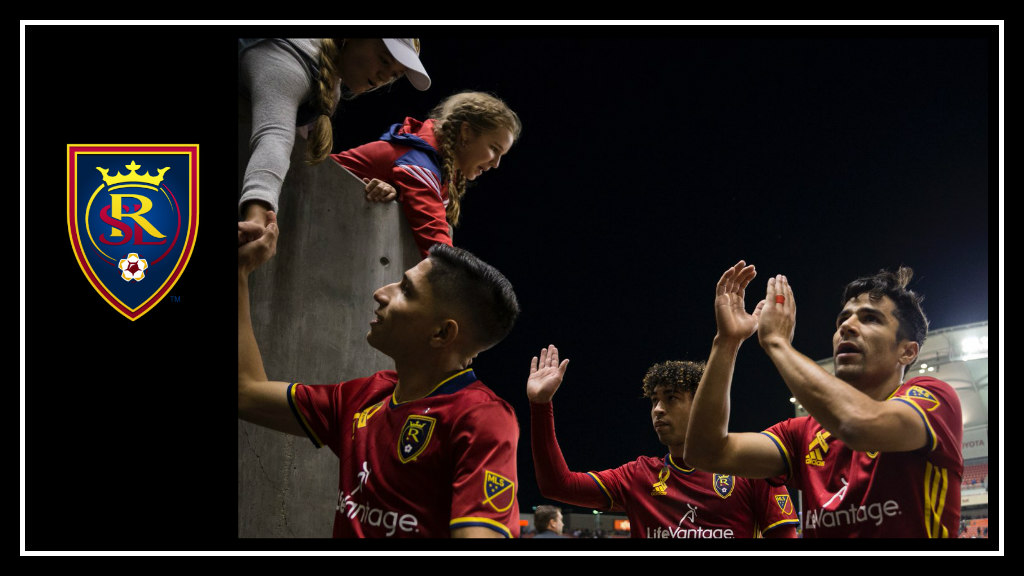 We are over the line for the first time!! It’s been a hard fight folks, and somewhere that a lot of people thought we’d never be this year. When Mike Petke first signed on and people were skeptical of him, this is the place that I wanted to point them to. This is the moment that I want to rub their nose in. Right here. Hey. We’re over the line, man. We went from being the first team to lose to MNUFC to being above the lines and four games away from potentially being in the playoffs. Damn it feels good to be a gangsta.

Alright. So let’s talk the awesome goal that was Albert Rusnak’s. What a weird volley that was. The foot angle was weird, and I honestly didn’t think he was going to make it? But oh man, he did, and in the 14th minute.

What a way to start of a game against the Portland Timbers, who are up there in the top three of the table. It soared right past former backup keeper for Real Salt Lake Jeff Attinella, and straight in for what was truly a beautiful goal. Crowd went wild, I went wild, and Rusnak celebrated with the ole’ prego with the ball baby victory. I mean, all right, you do you Rusnak. Whatever keeps you getting goals like that, man.

That first half was a magical one, we played well together, like we were actually communicating. We seemed to be pushing forward as a TEAM instead of a few individuals, and we kept possession for most of that first half. We walked out of the first half with a 1-0 lead and probably danced their way into the stands.

The second half opened up quite quickly for the Timbers, with Valeri sending a quick header past Rimando into the goal at the 47th minute. I’ll be honest, that was a pretty one. No idea who was supposed to be marking him on our team but… they weren’t. I saw some choice vowels being formed there via Rimando’s mouth, and I don’t blame him. But a well deserved goal for Valeri and the Timbers.

We can all agree that this is the @MLS goal of the week, right? Good. We thought so. https://t.co/pbwYieNBPI pic.twitter.com/yfpM1Df6Aq

That is what beauty is made of. Seriously, I don’t know what Attinella could’ve done about that, but that was so pretty. Jefferson knocked that beautiful goal in at the 61st minute bringing RSL up 2-1 and sending us immediately into a defensive position. Subs were made and Yura remained at the top by himself as the rest of the game was played entirely defensively and I’m definitely okay with that plan.

The Timbers are a good team and us getting a lead on them at home… yep, that was the right call by Petke to play defensively for the rest of the evening, especially with us losing Luis Silva due to right groin injury early in the game.

We came out of this game 2-1, and I couldn’t be more happy. After the Houston/San Jose game we are still barely above the line, but we are there. This is a nice place to be.

We play Seattle next week at home at Rio Tinto Stadium, and I’m hoping we can get as cohesive as we did this game and pull another W to get us higher up in the standings.

Also, side note not related to that game – I’m super worried about Rimando (especially Rimando), Beckerman, and Beltran all being free agents next year… uggggggh. Send me a billion Xanax please.

47′  Goal! Real Salt Lake 1, Portland Timbers 1. Diego Valeri (Portland Timbers) header from the centre of the box to the bottom right corner. Assisted by Dairon Asprilla with a cross.

70′  Darlington Nagbe (Portland Timbers) is shown the yellow card for a bad foul.