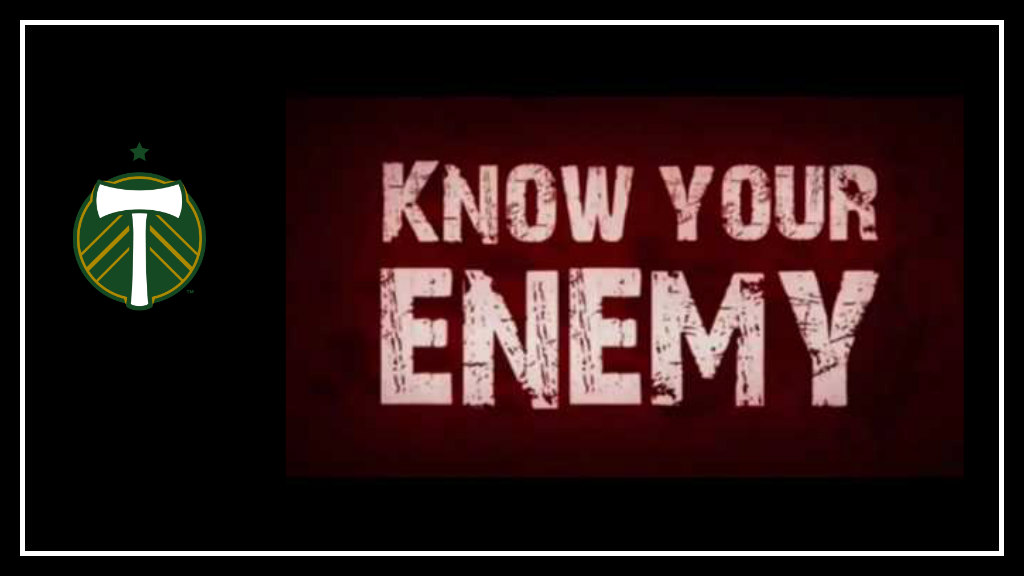 It’s playoff time, and we now know who our opponent is: Houston Dynamo.

Houston finally prevailed on Thursday night after a grueling knockout match, scoring in extra time to best Sporting KC 1-0 in what seems like the seventeenth match-up between the two teams in the past month. After a relatively short turnaround, Houston will host the Portland Timbers in the first leg of this Western Conference Semifinal match-up on Monday, 10/30 at 6:30pm PST at BBVA Compass Stadium.

In preparation for Monday’s game, let’s take a moment to get to know the Houston Dynamo. Here are a few quick takes on possible keys to Houston’s success, as well as things they will need to watch out for.

Get off to a fast start. In over one third of their regular season games, Houston found the back of the net early, scoring a goal within the first 15 minutes in 12 games. If they can score early, they have an excellent chance of coming away from the first leg with three points.

Cubo Torres scores to regain the #GoldenBoot lead, and of course he has to celebrate with the robot! #Dynamo #ForeverOrange #HOUvVAN #MLS 🤖🤖 pic.twitter.com/cKUwTyCUa3

Can Cubo get his groove back: Erick “Cubo” Torres is the leading scorer for the Dynamo this year with 14 goals this season, but he’s gone cold of late, even coming off the bench toward the end of the regular season. If he can find his way back into the scoring column, that will go a long way toward increasing Houston’s chances of success.

Dynamo needs to look out for:

An overabundance of yellow. As of right now, there are no fewer than four of Thursday’s starters (and five players overall) who are in danger of getting dinged for yellow card accumulation. If Ricardo Clark, Alberth Elis, Adolfo Machado, Romell Quioto, or Philippe Senderos gets cautioned in this game they will be suspended for the second leg in Portland.

Getting caught out on defense. Related to their yellow card issue, defensively Houston is a little thin right now, with right back AJ DeLaGarza out for the season after tearing his ACL in the regular season finale. Senderos and Machado are two of their back line starters and if they get injured or sent off there aren’t very many strong options behind them.

Parked buses. I was curious about why the only game they lost at home during the regular season was against hapless Colorado. It appears that the Rapids foiled Houston by keeping most of their players behind the ball and forcing the Dynamo to have very little space to work with up front, as opposed to giving them opportunities to create out of the counter attack.

If Portland decides to park the bus, keeping folks like Elis and Quioto out of the open field, Houston might wind up having a very hard time finding the back of the net. And given Portland’s home record and Houston’s away record during the regular season, this might be an effective, if boring, approach for Portland to take.

Well, that’s all I have for now. Can’t wait for this show to get on the road. See you on Monday, folks!