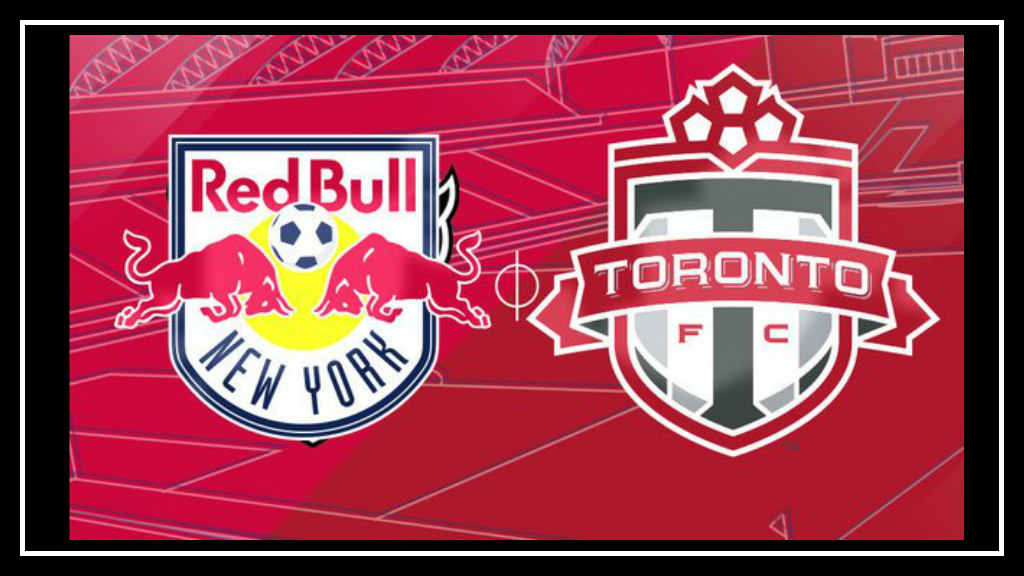 “They say that these are not the best of times,
They’re the only times I’ve ever known.”  –Billy Joel, “Summer, Highland Falls”

I dare you to fight me on my musical choices.

Originally, I was tasked with writing a “Know Your Enemy” style of article before the first leg. But I couldn’t do it. Because there’s not much I have to say: Toronto FC are the beasts of the East. Supporter Shield winners with a record number of points in League history. They have Michael Bradley, Jozy Altidore, and Sebastian Giovinco. TFC is top seed, coming into the playoffs well rested and ready to go.

But the New York Red Bulls have Luis Robles, Danny Royer, and Bradley Wright-Phillips. And they have the momentum of defeating the Chicago Fire in the knockout round. Head coach Jesse Marsch has said RBNY is “going on a run”. The first leg was the true test of that statement.

I’m not gonna lie: I was nervous for the team. The second I got into my car to make the drive to Red Bull Arena, I was hit with a wave of nausea, and I’m not talking about the fumes on the Turnpike. RBNY were able to prove that they can avoid the mental errors and the devastating injuries that plagued them during the regular season. They really looked like a team that is just having fun together and not wearing themselves out mentally. They’re really in the driver’s seat, especially at home in the the first leg.

And when I think about it that way, holding TFC to two goals is pretty impressive.

Let me tell you a little something about myself: I tell people that I’m not the least bit competitive. It’s a bold face lie. I’m actually super competitive. I don’t even like admitting it about myself. So losing hurts, and I’m not even the one out there letting myself get pinged in the face with a ball or stomped with some $300 cleats.

You can see the rundown of the game anywhere. You can watch Victor Vazquez nail the rebound after Luis Robles punched away the initial shot from Jozy Altidore:

A lovely bit of skill from @JozyAltidore + a clever finish from Victor Vazquez = an early lead on the road!#TFCLive | #NYvTOR pic.twitter.com/d7lm6tMlMG

You can find Danny Royer’s Panenka, which leveled the game right at halftime:

Daniel Royer converted from the spot for the @NewYorkRedBulls#FightTogether | #RBNY pic.twitter.com/66suGEDMdv

But let me tell you how it felt.

It felt like I was watching a different team than I had seen in the past month or so. One that didn’t know how to face down a terrible opponent. A team that didn’t want the responsibility of dominating possession and demanding rewards for it. Players who panicked in the face of danger. Men who were ripped apart and had no one to blame but themselves (or each other). A subdued locker room like I had never seen before.

And “I can only stand apart and sympathize”. I’ve been to press conferences following losses during the season. This was nothing like those times. “We didn’t look like ourselves,” head coach Jesse Marsch said following the game. This was echoed by Captain Sacha Kljestan: “I don’t think we played like us.”

Can RBNY right the ship? They have to remind themselves of who they are, more than any fan or writer could ever do. They have to play like they have nothing to lose. They have to give themselves and each other the tools and the guidance to face TFC head on. They need to be a team. And I hope one of them sees this and embraces it. Because I have no problem being a PollyAnna about RBNY: that’s why I’m here. Maybe they need to take that kind of unbridled positivity to heart. Because the whole point of the playoffs is for an underdog to look at an opponent with a winning record and laugh it away in a brief series… just ask the Houston Astros.

“For we are always what our situations hand us… It’s either sadness or euphoria.”

PS: Let me take a minute to comment on the vitriol directed towards TFC players Michael Bradley and Jozy Altidore. Both are referred to as “Metro Products”, having been part of the MetroStars when they and MLS were younger. They were booed Every. Time. They. Touched. The. Ball. They were treated similarly in Atlanta on Decision Day. They will likely be treated that way if they continue in the Playoffs.

They will definitely be treated that way when they return to hostile fields across America next season. They know why it’s happening. They can handle it. And I condone it. I just wonder how long it will last or what, if anything, it will take to quiet it. And I draw the line at cursing… but that’s just my own sensibilities at play.