Bear Witness: Toronto FC Starts It’s Playoff Bid with a 2-1 Away to NYRB 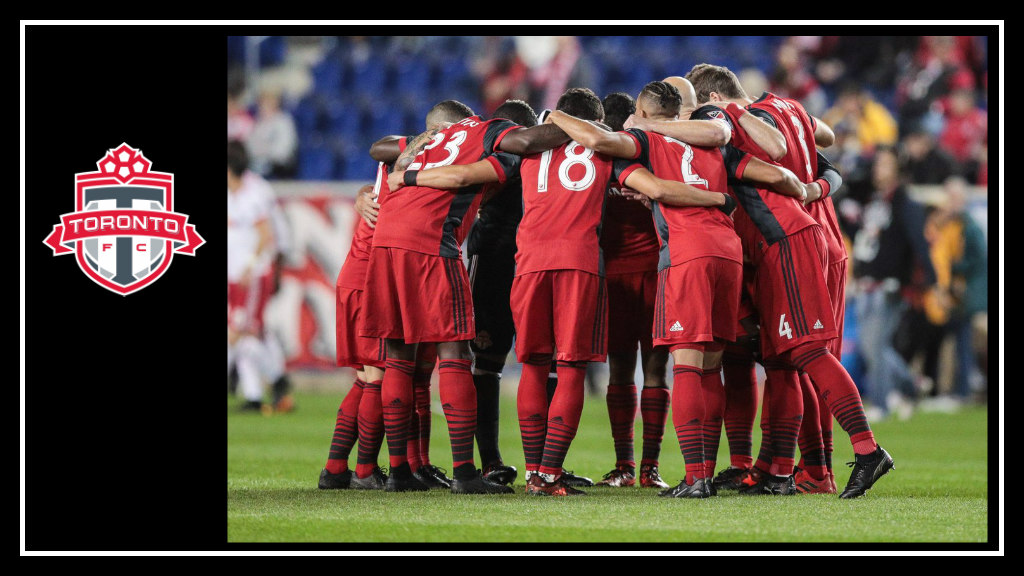 Song: On Top of the World by Imagine Dragons

So we won the Supporter’s Shield, now what? The logical progression, as the best team in the regular season, would be the MLS Cup. However, recent history has proved this a challenge with only 2 teams winning the MLS double in its modern form (since 2003 when the format was changed Source). In this Toronto FC season, records have fallen and new depths have been explored and Toronto FC have shown on Monday night that they aim to win.

Of a wide spectrum of emotions familiar to football fans across the globe, this game had them all. Through the highs and the lows our viewing party buzzed with passion for our team. Despite some long periods of time spent in eerie silence punctuated by fist banging fits of anger, many of us insisted at the end that we were confident in our team all along.

I approached the game with a certain apprehension, knowing that the New York Red Bulls at the Red Bull Arena might just be our toughest game of the playoffs.

A dodgy penalty, a standard Sebastian Giovinco free kick, a kick in the pubis, some dodgy Red Bulls fans whom Greg Vanney eloquently put in their place (what a dad) and 90+ 5 high altitude minutes later we emerged victorious and on top of the world, a feeling we have grown accustomed to. What looked the start of a rocky second half seemed to stabilize after some minor adjustments and Toronto FC kept calm and won the game.

Greg Vanney yelling at NY fans to sit down is my most favourite thing I ever GIF’d.#TFCLive #NYvTOR #MLSCupPlayoffs pic.twitter.com/hJPoA0LtEX

2-1 is a pretty good scoreline to come home to. 2 away goals and the win, NYRB have to score more goals at BMO Field than the home team; a rare feat for wary travelers this year. And the city is ready for them. We have not appreciated the treatment of our players in the States these past few weeks and we are ready to bring the 12th man to the game on Sunday.

If I had to call to mind one image that summed up the match besides the obvious big moments, it would be something like this: Nick Hagglund (possibly in a cape), leaping 10 feet into the air in some sort of karate kick of a clearance. Insert a written sound effect of your choice to indicate great physical prowess and that about sums up our Super Nicky. That’s not to say that Drew Moor doesn’t get the job done, but there was something incredible about watching Nicky come off the bench to accomplish feats of heroism to save us from uncertain death.

It is that type of depth that will take Toronto FC far in this playoff campaign. Hagglund, who has featured in just 3 games for TFC since mid-May after being sidelined twice by injury, was exactly what TFC needed to see the game off. With vigor and the pluck that makes him well loved by Toronto and by former Toronto FC captain and current TSN commentator Steve Caldwell, he put in a performance when we needed him to keep us ahead in New Jersey.

We will likely require another player to step up on Sunday with the possibility of Victor Vazquez missing out (though not if he has anything to do with it) and the team with the greatest depth in the history of the MLS will be tested once again. Who will be our next hero? A stadium will wait with baited breath for all to be revealed.