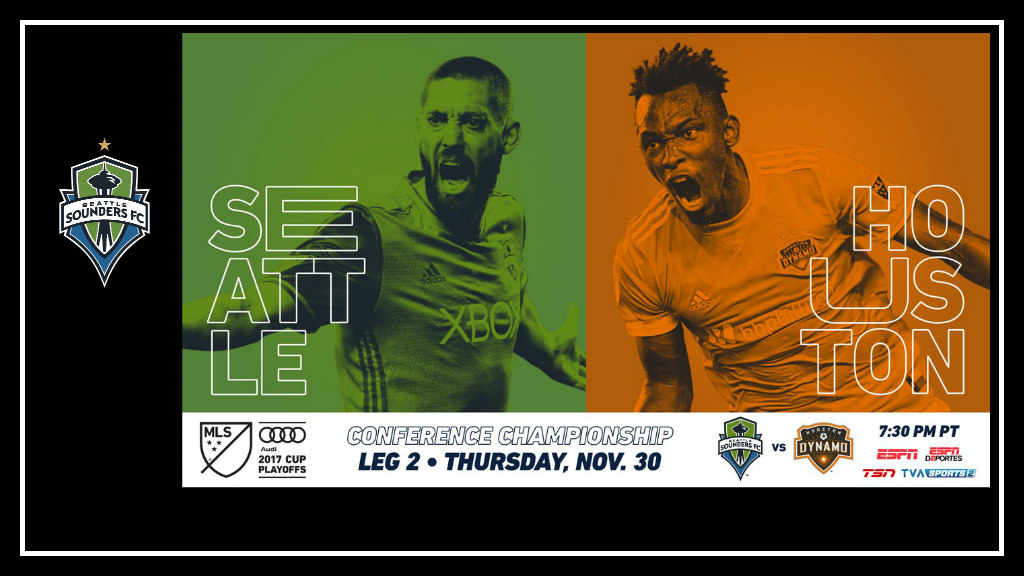 Tonight is the night.  The Seattle Sounders are playing for a spot in the MLS Cup finals to face Toronto FC.  Currently, the Sounders are up 2 goals to 0.  This is huge for us.

Tonight’s game is not a cake walk though.  Due to yellow card acclamation, the Sounders will be missing Roman Torres.  Hopefully, this will not throw off the backline too much.  Most likely Tony Alfaro will replace him tonight, but it is very hard to replace Torres.

While we won’t have Torres, there is a good chance we will have Stefan Frei (hamstring), Osvaldo Alonso (quad strain) and Jordan Morris (hamstring) all back from injury.  Mostly likely Frei will start but Alonso and Morris will come off the bench.  Although after the practice yesterday, Brian Schmetzer said that Morris could start.

Houston Dynamo, on the other hand, has some problems.  Both Jalil Anibaba (red card) and striker Alberth Elis (yellow card accumulation) will be suspended for this game.  With Elis’s suspension, Houston will have to look for goals from Mauro Manotas and Erick Torres.

The Sounders have only lost once at home this regular season.  The projected crowd tonight could be close to or over 50k.  Tonight is going to be loud and amazing.  Even with a 2 goal lead, I think most, if not all, the Sounders fans are very nervous for tonight.

Here is the projected lineup per mlssoccer.com: