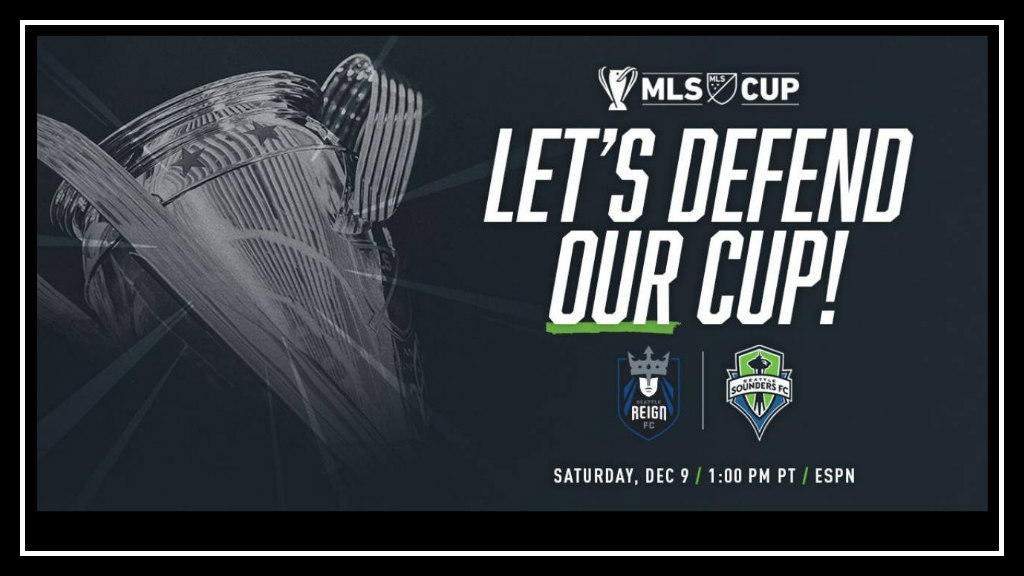 Here we are, the eve of the MLS Cup for 2017.  This year has been full of ups and downs.  Through it all, the Seattle Sounders have become stronger than they were last year.  It hasn’t been without injury and issues, but the team has risen above and made it to the promised land.

Last year was so special because it was our first.  I think this year can be even more special because we have the chance to repeat as the MLS champions.  Through the playoffs, the Sounders have defeated both the Vancouver Whitecaps and the Houston Dynamo, both in convincing fashion.

Again, the Sounders find themselves facing Toronto FC at BMO Field on what proves to be a very cold day.  Hundreds of supporters are making their way to Toronto.  There is a banner going that has the names of people who could not make this trip.  We are a family.  We will be in the stadium, in pubs, in bars, and in our homes, all over the world cheering our boys to victory.  This is our cup, and we will defend it.

This game will not be like last year.  Both teams have improved.  Both are stronger, faster but just as hungry as they were last year.  TFC still has the bitter taste of last year’s loss, during penalty kicks, in their mouths.  Seattle wants to cement our dynasty.  Seattle has added a number of players who have made a huge difference in the team’s play.

Both teams have injuries issues, with the Sounders being slightly worse.  At this time, Jozy Altidore is questionable with an ankle injury suffered late in the second leg of the Columbus Crew game.  Seattle will be missing Brad Evans and Ozzie Alonso.

Ozzie being out of the game hurts.  He is our captain and the heart.  Seattle will have Roman Torres back from suspension.  Jordan Morris is also at 100% and should feature.  No one is suspended for this game, and no one is on international duty.