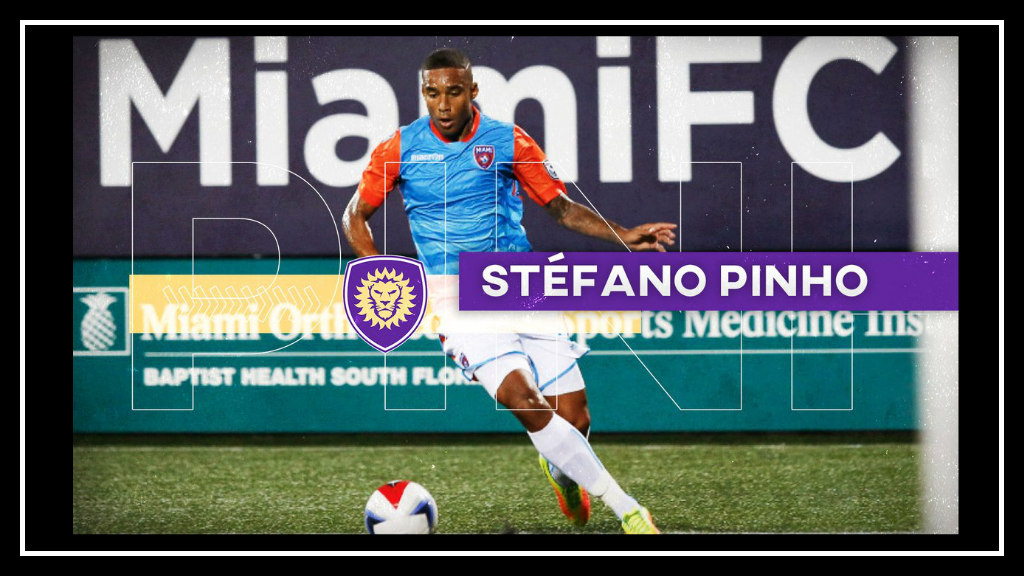 We’ve been faced with radio silence from Orlando City SC following the deadline for options. With 12 spots opening up as a result of Kaká’s retirement, expired contracts, and declined options, fans have been left begging for news. Finally, our answers came yesterday.

First up, City signed Miami FC striker Stefano Pinho. Miami, you might recall, is on the shortlist for the next MLS expansion team and beat Orlando City 3-1 during last year’s Open Cup. Oh yeah, and all 3 of those goals were scored by Pinho. If you can’t beat ‘em, sign ‘em. Pinho will likely fill the attacking position left behind by Kaká.

The second player is R. J. Allen, previous right back for NYCFC. Allen joined NYCFC halfway through their inaugural season in 2015, started a majority of games in 2016, but saw a little less field time in 2017. While I feel Orlando set up a pretty solid defensive line at the start of last season, injuries messed us up on more than one occasion, so maybe this addition to our backline will be the extra push we need. Orlando City gained R. J. Allen, NYCFC gained third-round draft pick for the SuperDraft (January 19, 2018).

And to conclude today’s announcements, City resigned Dillon Powers. We picked up Powers partway through the 2017 season, as a trade from the Colorado Rapids, but we didn’t see much out of him. He only made 6 appearances this season, some of which were just in the final minutes of the second half, so I don’t think we really got to see what Powers has to offer.

Initially, Orlando City declined his option for the 2018 season. But perhaps due to recent budget increases across MLS, City was able to renegotiate his contract to keep him on board. Hopefully next season we can see what he’s got.

To wrap this up, though it’s not signing news, Monday also brought about the announcement that Orlando City Stadium is going to host the MLS Player Combine. The Combine is where all the fresh, young talent shows what they’ve got in hopes of being included in the draft. We’re talking college players, high school players and international players.

They will be performing in front of representatives of all 22 clubs, including next year’s newbie, LAFC, in January ahead of the MLS SuperDraft. This Combine is what landed Cyle Larin as the number one draft pick in 2015.