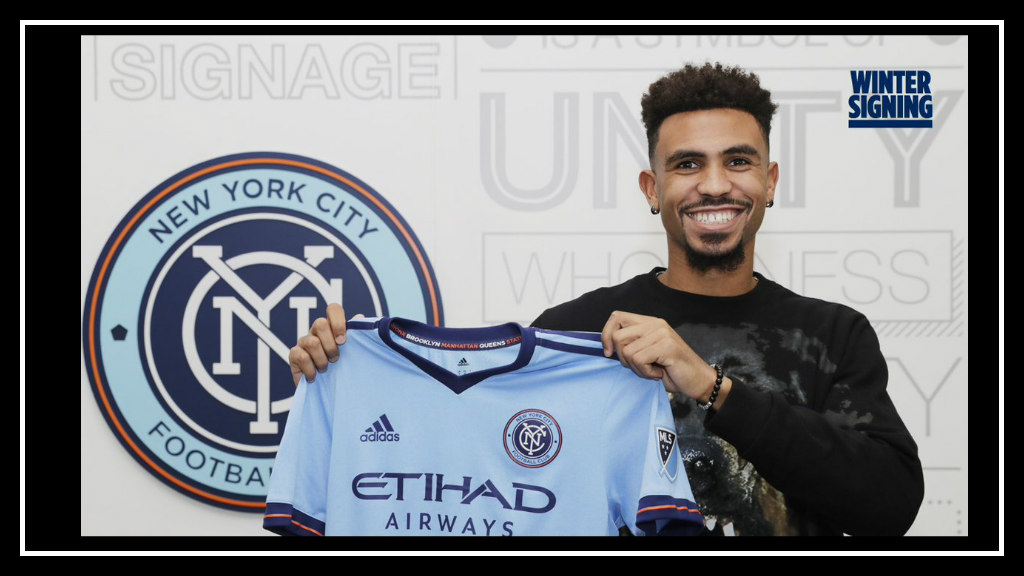 Just as the ink was drying in my last column lamenting our lack of a definitive center back comes today’s news.  (It’s as if they heard me!)

New York City FC today announced the signing of Cedric Hountondji.  Hountondji comes to us most recently from Gazelec Ajaccio, a Ligue 2 team in Corsica.  He previously played at Chateauroux, Auxerre, and Rennes and has taken the pitch internationally for both France and Benin.

As many have discussed, the club had been seeking a more (literally) sizable presence in central defense.  Last season, Maxime Chanot played a pivotal role in anchoring the defense but an injury took him out at the end of the season.  23-year-old Hountondji is listed as 6’5”, making him the second tallest player in MLS, behind the 6’7” Axel Sjoberg of the Colorado Rapids.

Full disclosure, there are seven other players in the league who are also listed as 6’5” but still, it’s rare.  Head coach Patrick Vieira called Hountondji “a strong player who is dominant aerially and physically” and his addition to the team will give him more options “to strengthen our back four”.

Sporting director Claudio Reyna summarized the attractiveness of this acquisition most succinctly in describing Hountondji as “a tall, athletic defender with a very good understanding tactically on how we want to play and will adapt with how we want to defend as a unit.” Two other strengths worth highlighting, according to Reyna, are that he can “compete for a place to play” which we know is critical to playing for Vieira and he “will be able to adapt to MLS”. Hountondji joins other recent defensive acquisitions Saad Abdul-Salaam and Anton Tinnerholm.

Hountondji is the club’s fifth offseason signing, joining Jesus Medina, Brad Stuver, Abdul-Salaam, and Tinnerholm.  Seeking out young international players with their best years ahead of them is definitely the strategy that the club is utilizing.

My two cent observation: Our team seems to gel when we have at least two Francophones in the defensive line and at least two Spanish speakers attacking up front.

And the winner of the SuperDraft trivia question was Twitter handle @bellenbaum with Chicago Fire as the team who drafted Jack Harrison in 2016.  We had many correct answers but he was first to respond.