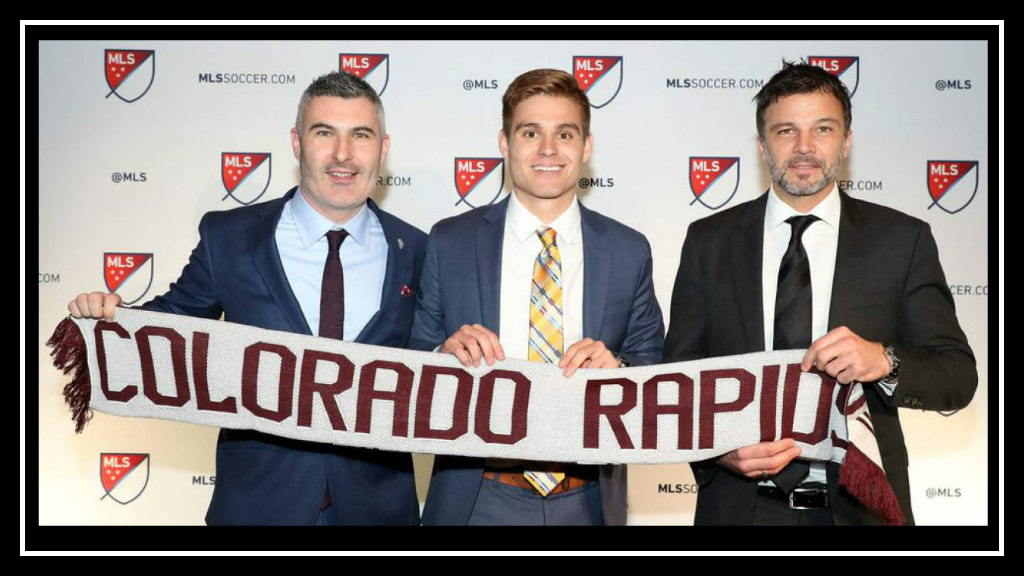 Hello readers. I hope you haven’t missed me too much. It’s been a busy offseason for the Colorado Rapids and I’ve not been able to keep up. (Okay, the first resolution of 2018 is to be better at keeping up with everything during the offseason.)

We’ve kept some players that we should have let go and let go of some that we should have hung on to. Thankfully the new expansion team, Los Angeles FC, overlooked us in the 2018 Expansion Draft. We have a new head coach and a lot of opportunity heading into the 2018 season.

Anyone who knows me (or follows me on Twitter) knows that I am not a fan of Shkëlzen Gashi or Jared Watts. I was definitely not happy to see that these players were put on the Protected List ahead of the 2018 Expansion Draft. Moreso, I was frustrated to see that the people we traded Sam Cronin and Marc Burch for, Mohammad Saied and Joshua Watts, were not protected. (Now, I will say that I do understand that Mo requested to not renew for personal reasons unbeknownst to me.)

To his credit, Gashi does seem to be working especially hard this offseason so maybe my second resolution of 2018 should be to give him half a chance this season. I am thrilled that the likes of Marlon Hairston, Tim Howard, and Stefan Aigner will be returning to the roster for 2018. I am equally excited to see what Johan Blomberg, Kip Colvey, Jack Price, Edgar Castillo, Deklan Wynn, and our new draft picks, Alan Winn and Frantzdy Pierrot, will bring to the field.

Thanks to everyone who came to welcome @jacko_8 and @edgarcastillo40! pic.twitter.com/q7Kv7aLQir

We ended 2017 with an interim head coach, Steve Cooke, who has since signed on as head coach and technical director with the Oklahoma City Energy FC and I certainly wish him the best there. With his departure, the Rapids brought in former New Zealand Men’s National team coach, Anthony Hudson, to fill the position.

He has made it clear that he expects to be in the playoffs for the 2018 season, a resolution for the new season that I think we can all agree on. After meeting him at an event introducing Price and Castillo, I am optimistic as to what he has to offer our existing players, to see how he incorporates our incoming players, and to see how he changes our game beyond our formation.

GUEST: @ColoradoRapids Sporting Director Pádraig Smith joins @VicLombardi NOW to discuss the exciting day the Rapids had yesterday and expectations for the upcoming season! AM 950

We’ll get an early taste of how these changes will impact the Rapids as we take on Toronto FC in the first leg of our CONCACAF Champions League games this February.