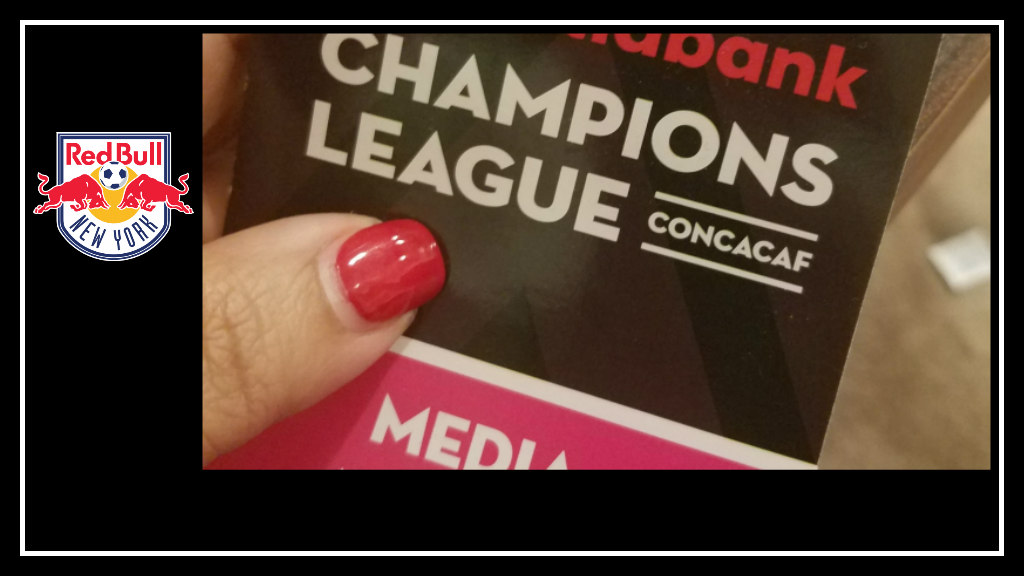 Before MLS kicked off for the 2018 season, the New York Red Bulls began their campaign in the CONCACAF Champions League with a trip to Costa Rica to face the Honduran club Olimpia in the first leg of the Round of 16.

That 1st leg, played in an empty stadium at a neutral location, was not particularly a stand-out match. Forward Daniel Royer scored in the 31st minute, only to have the score equalized by Brayan Moya in the 79th minute with a penalty kick following a hard tackle by defender Aurelien Collin. While the Away Goal Rule was in place, which weighted RBNY’s goal a little more, going into the 2nd leg with a draw allowed for the drama to play out at Red Bull Arena.

And play out it did.

Adeus meu amigo: While rumors had swirled in recent weeks, it was only when the gameday roster of 18 was announced that it became clear Brazilian midfielder Felipe Martins was no longer part of the team. It was not until 2 days later that the trade was made official, sending Felipe to the Vancouver Whitecaps in exchange for defender Tim Parker (and a bunch of GAM TAM THANK YOU MA’AM that I’m not going to bother to explain). Like the other recent departures from RBNY, there’s sadness among fans, but the general consensus is that it was time to move on and we wish him well… until he comes back to face the Red Bulls.

Visa- not quite everywhere you want to be: Moya, as well as 2 other players for CD Olimpia, were prevented from traveling to Harrison for the 2nd leg due to issues with their visas. I don’t know who should have taken steps to ensure that all players would be able to travel, but it should have been handled.

Willkommen: Marc Rzatkowski (shh-KOFF-skee), on loan from Red Bull Salzburg, made the starting XI in the midfield. And he shined. I loved every second he was on the ball. Unlike other players who have joined the squad in recent seasons, Rzatkowski’s integration was seamless and immediate.

“He was fantastic, I mean his work ethic, the thing that you’ll see with him, the best of any player I’ve ever seen is with the ball and any movement within the game he comes back and thinks about closing down space and second balls, he’s incredible.”

Dos a Cero: Following a well-moving but scoreless first half, striker Bradley Wright-Phillips opened his account for 2018 competition with a laser shot in the 54th minute that the Olimpia goalkeeper was sure was going to go wide. The pace was markedly faster after the goal from both sides.

Midfielder and RBNY Academy product Sean Davis doubled the lead with a goal in the 64th minute.

If anyone was worried about what was going to happen to the Red Bulls midfield following the exit of the likes of Dax McCarty, Sacha Kljestan, and now Felipe… it seems the kids are alright (Davis, RZA, and Tyler Adams).

#HolaKaku: Alejandro Romero Gamarra, who couldn’t travel to Costa Rica and instead played with Red Bulls II in the final match of the Mobile Mini Sun Cup, made his RBA debut in the 64th minute. He replaced Alex Muyl, who deserved the rest following 4 total shots at ridiculous angles.

Kaku was credited with 2 shots and a respectable 81.3% passing accuracy. His slightly off-frame shot in the 84th minute was inches away from instant legendary status. It will have to wait for another day.

The Red Bulls face Club Tijuana in the quarterfinals and will be back at Red Bull Arena on the 13th, but will also open their MLS season against the Portland Timbers this weekend.