A cry of loons bests the pride of lions 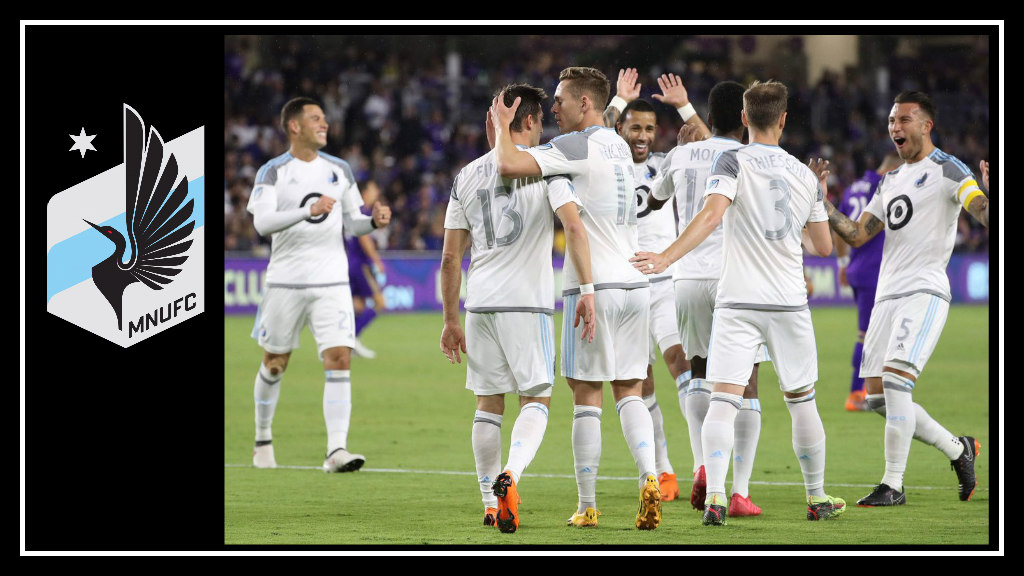 Despite an identical lineup, the cry of Loons who appeared in Orlando Saturday was a different animal from last weekend. And this group announced their presence loud and clear.

I choose the collective noun ‘cry’ here over a handful of others for Minnesota’s state bird because the performance of this squad – their grit, heart, and perseverance – against Orlando City SC put a hopeful and enlightened tone on the season, much like the cry of our beloved loon does on a summer day.

Head coach Adrian Heath faced his former club with the same 4-2-3-1 he tried against San Jose Earthquakes last week, but with Christian Ramirez at forward in lieu of Danladi.

Center back Francisco Calvo anchored a backline that communicated well from the first whistle, closing gaps effectively and holding down the box. Ibson, who was not even a shadow of himself in the asylum against San Jose, pressed forward with each possession, pecking away at weaknesses in the Lions’ midfield, but did not take any unnecessary risks.

Mid Sam Nicholson worked the wide open left wing in his best showing to date, creating some hopeful chances of his own. And Kevin Molino was aggressive against his former club, assisting Ethan Finlay on a beautiful 12th-minute goal which spurred an even greater hunger to move forward.

But in the latter part of the first half, despite leading a depleted Lions squad, play went stale. It would pick up a bit after Orlando forward Stefano Pinho (a veteran of the NASL-era Loons) was stretchered off and the countdown to halftime began, only to devolve when an Orlando free kick was rescinded and replaced by a PK, thanks (or no thanks) to VAR, allowing Yoshimar Yotun to level the game for the Lions.

The second half began similarly, with play wallowing like a raft in waves. Molino had to be replaced by Collen Warner after a non-contact left knee injury. Also, Nicholson’s hamstring, a minor issue through the first half, finally saw him replaced by Miguel Ibarra. Ramirez was also pulled in favor of the fresh legs of rookie draft pick Mason Toye.

Professional performance from the boys last night. Congrats to @MasonToye98 on the debut and what a ball @Migue10Ibarra. #MNUFC #11asONE

Toye and Ibarra were immediate factors, laying on the pressure up front and finding wide open shooting lanes. Their efforts were rewarded in the 79th minute when Ibarra received the ball from Toye and fired a cross toward the near post. It was met by a well-timed boot from Finlay for a stunning brace. From there, the Loons went into overdrive with a dopping of defense, dispossessing Lions in the box and forcing shots wide.

With Molino and others uncertain, Heath will undoubtedly have to go back to the ‘loonery’ to shore up his squad before the home opener. The club has a lot of improvements to make, but after watching this entire squad gut out the final minutes of this match, it is obvious that these players are determined to do whatever it takes to make 2018 a successful season.

Next up: The loon will cry out over Minneapolis on St Patrick’s Day. Can a water dance tame the Chicago Fire?