I saw him playing there – at Red Bull Arena 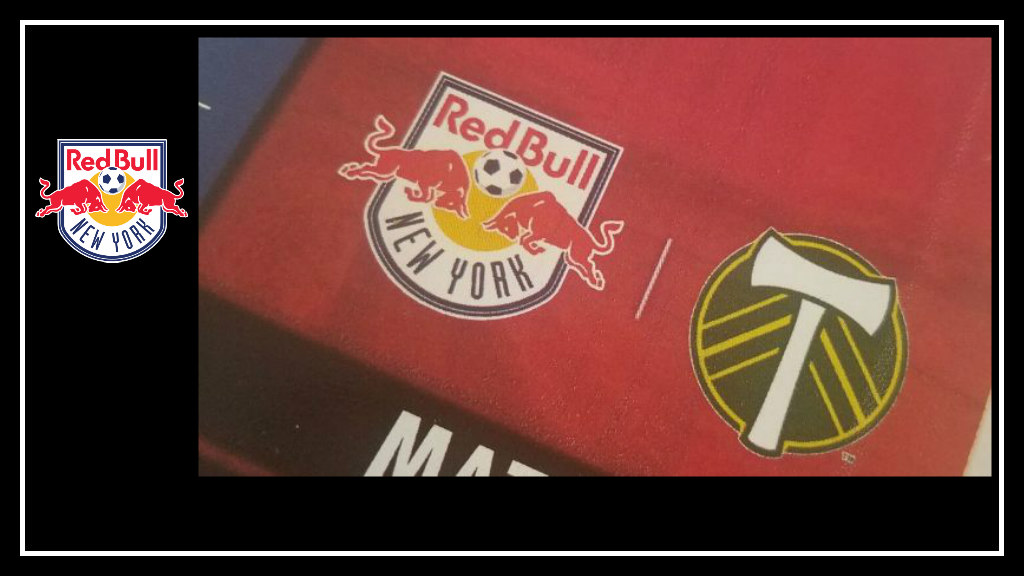 Seeing as I’m willing to watch pretty much any MLS match, and I got my fill of Week 1 games, one might think I would meet the home opener for the New York Red Bulls as they faced the Portland Timbers with decorum and aplomb.

One would be wrong.

I raced to the game and to my seat because I was ready for the new season. I had already seen the team advance to the Quarterfinals of the CONCACAF Champions League in a rather decisive fashion at Red Bull Arena. How was the team going to go from that to MLS action and back again so quickly? The answer had been there all along, hiding in plain sight.

BABY YOU’RE A FIREWORK: Starting the season with a real bang, the fireworks and flashpots were out and firing as the starting lineup took the field. The players were all in red, the color kit that was a long time coming.

In his MLS debut, midfielder Alejandro Romero Gamarra could be spied just taking it all in. Indeed, several of the members of the starting lineup were making their MLS/RBNY/First Team debut. So okay– fans aren’t going to see Bradley-Wright Phillips or Aaron Long much, if at all.

Who are these guys in their places? Didn’t the club just sign Kyle Duncan, and they’re playing him already? Aren’t they facing the Timbers, the team that has 2017’s MVP, Diego Valeri? Is this even going to work?

GO ‘HEAD, HAITIAN MESSI: Well… when Derrick Etienne Jr. pulls off something like this, how can you not call him that?

He was a force to be reckoned with the entire first half, although it didn’t quite yield the desired result. Many chances and shots, but no goals. No reason to worry, though. Now is the time to hammer out the perfect pairs up top, and his match might be Danny Royer. It remains to be seen.

WELL, HE WAS JUST SEVENTEEN: No. Really. Starting midfielder Ben Mines, just seventeen years old and wearing #17 on his back, made his MLS debut and opened his goal-scoring account for the season… at 17 minutes, 17 seconds. He played for the full 90 minutes, getting knocked around by the opposition and earning himself a yellow card in the 72′ for time wasting. I daresay he ended up having the full MLS experience in one night. And he took home the ball he scored with to give to his mom. How could I cheer for another?

BUT THAT’S NOT ALL: Once Wright-Phillips was subbed on for Etienne and Tyler Adams for Romero Gamarra, there was a noticeable shift forward in the game. Wright-Phillips was able to convert a corner from defender Connor Lade with a header into the net in the 77th minute. And after several frustrating attempts in a 5-minute span, 23-year-old forward Carlos Rivas scores not one, but TWO goals (80′, assisted by Vincent Bezecourt & 90’+, assisted by Lade).

This month has roared in like a lion for the team, between the start of league play and the work that has to go into the Scotiabank CONCACAF Champions League. But it sure seems like the team is ready to take it all on.

**PERSONAL NEWS** In case you’re one of the 5 people I haven’t told yet, I slipped on some ice recently and fractured my ankle. I’d like to take this opportunity to thank the Red Bull Communications Department and the Arena security staff for helping me get around and not have to miss out on the 1st match of the season.