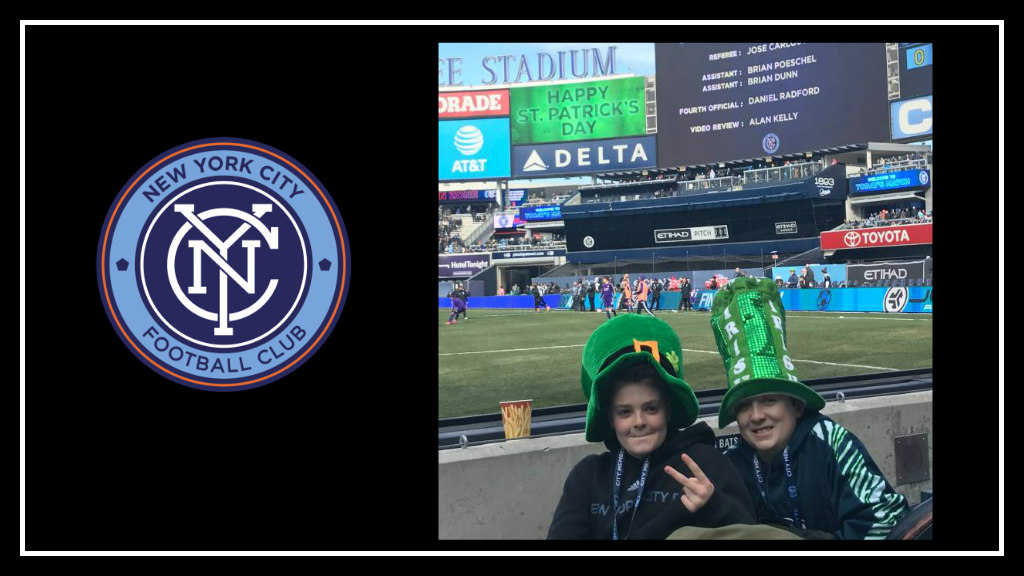 As you know, St Patrick’s Day is the day when New Yorkers dress up in green attire and accessories and look idiotic.  On purpose.  Sometimes it goes along with some other questionable choices in celebration methods.  St Patrick’s Day celebrations were in full effect at Yankee Stadium and fans had full faith in their own St Patrick, head coach Patrick Vieira.

Up until an hour before the game, New York City FC fans were feeling very confident about this home match versus Orlando City FC.  Everyone was healthy, Orlando City has been struggling and was down five starting players.  And then they got the tweet:

Jo Inge Berget will also miss out after coming down with the flu.#NYCFC

The game became a real match up.  No David Villa and no Jo Inge Berget, who is supposed to be Villa’s backup?  No man of the last match Anton Tinnerholm? Apparently, NYCFC was going to be testing this much-previously-discussed depth of the squad.

Turns out there’s depth.  Jumping in the front as striker for Villa, who was out with a minor injury, was Ismael Tajouri-Shradi with his first start.  At right back for the also injured Tinnerholm was another first-time starter, Saad Abdul-Salaam.  Both players performed very well in the match as NYCFC maintained about 60% of the possession with fluid, smooth ball movement and quick, decisive destruction of Orlando’s offense.

The major fan frustration was the small number of shots taken by NYCFC on Orlando City’s goal, particularly in the first half.  Without Villa, (the usual proverbial beacon in the night calling for the ball), there seemed to be a sense of caution on offense, which did lessen in the second half.

The second half is when most of the action happened.  At 61:37, Tajouri scored his first NYCFC goal which was quickly followed by a goal by Maxi Moralez at 73:04. Down 0-2, Orlando kicked it up a notch and did give goalkeeper Sean Johnson some trouble. He made three saves, while a handful of Orlando’s shots were off target. According to Vieira, he was very happy with the way the team played in this game.

💬 | @OfficialVieira: “This game made me more happy that the other two games because we kept our organization and discipline on the field and we waited for the right time. When they made the mistake, we took our chance.” #NYCFC pic.twitter.com/j59ea4Vmtg

Maybe there was a little luck of the Irish happening? On that note, the biggest fan response to a sub coming on was our local Irish-American hero Tommy McNamara.

H-U-S-T-L-E-R of the match: Alex Ring for not only destroying possible attacks but instantaneously jump-starting the offense in a calm, methodical manner.

Oh crap, moment of the match:  Ronald Matarrita getting injured again after playing only a few minutes.