Time and Patience: Two qualities FC Dallas fans don’t seem to give, but it may pay off 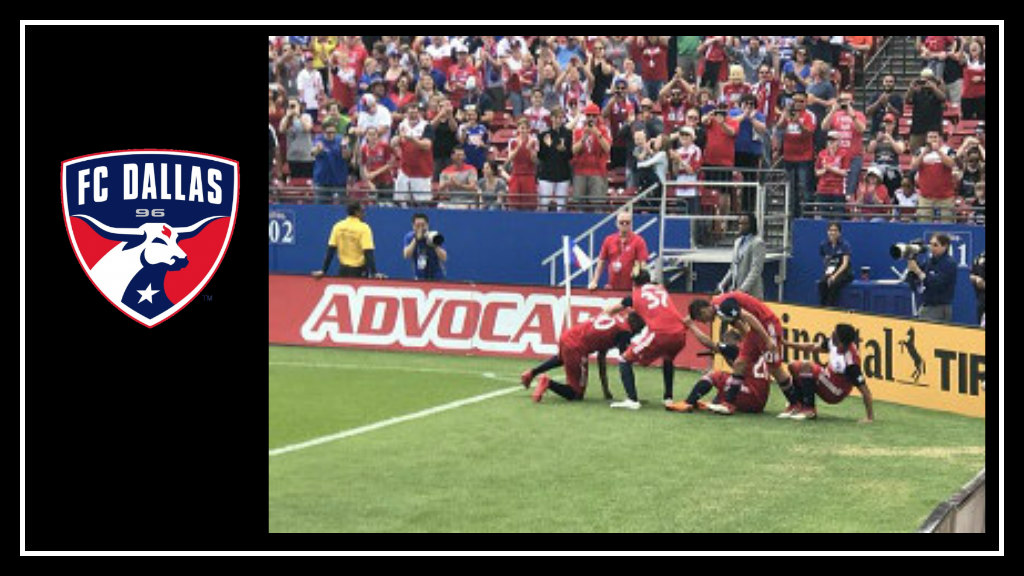 I’m going to start this off by saying that I was shocked that we really put yesterday’s game away. My feeling could be very wrong, but I usually feel like FC Dallas doesn’t do a great job of really killing off teams when they’re a man up. However, yesterday was different. I liked it. I liked it a lot. But, I had a lot of other thoughts on things that I liked about the game other than the score.

FC Dallas had what was arguably the worst fallout of a season in 2017. I feel that going into 2018, fans were wary of what we would see on the field. We had some great offseason signings and the promise of playing some of our kids. Dallas fans are notorious for not being patient and wanting to see changes and improvements: looks at watch… like, yesterday.

One thing we could definitely benefit from is seeing that time on the field for some of these new players and being patient with them. It will benefit everyone involved. I feel like we finally got a glimpse of what we can see from some of these players and it may just pay off.

Anton Nedyalkov: I didn’t know what to expect from this man from Bulgaria when we signed him. I liked what I saw in film and some Dallas podcasts interviewed fans from his former team and we liked what we heard. However, the transition to MLS can be a lot for someone and may take some time. Let’s just say, in the short amount of time he has been in Dallas, Nedyalkov has definitely earned his new nickname, “The Bulgarian Butcher”.

This man is a blessing to our defense. He really seems to not care if he puts someone on the ground and I love every second of it. I tend to feel that MLS usually is about speed and Nedyalkov is there to literally stop someone in their tracks. Not to mention, he is not afraid to completely push up and just throw another team’s defense off. He actually did this yesterday and set Lamah up for his second goal. It was beautiful and I can’t wait to see more.

The rowboat celebration is back! Check out Roland’s sweet goal with the assist from Michael Barrios in the 20th minute! FC Dallas leads 1-0. #FCDvSEA | #ChallengeAll https://t.co/tZiztzv2OA

Paxton Pomykal: Pomykal is one of those Dallas homegrowns I have been waiting to see really get some time. He came in for Jacori Hayes and only played 26 minutes, but he showed us a lot. Paxton has the speed down the side, but also the skill to make defenders look dumb.

There are two plays of Paxton’s that really stand out to me. One of the first runs he had was dribbling down the field and what seemed to be around five different Seattle Sounders players. I was impressed and the crowd seemed to be as well. The next play that stood out to me was when he kept control of the ball and made a great through to Barrios.

Something I think Dallas has struggled with is getting balls to Barrios for him to make the runs we know he is good at. Pomykal can deliver those and it sets us up for success on many levels.

Jacori Hayes: Jacori Hayes supposedly almost didn’t get the start, but I’m sure glad he did. This kid has impressed me. One thing I like about him is that he is just consistent. The FC Dallas midfield is just not as strong as we want it to be. There just seems to be a missing piece.

While Kellyn Acosta is out, we seem to be lacking depth as well. Hayes can hold it down. We still need that connecting piece that makes the ball movement from defense to our forwards more fluid, but I really think Hayes could be a part of that puzzle. With a little bit more experience and time, I think Hayes will take more chances and really make it his own. Not to mention, he took some hard hits yesterday. He is definitely tough physically and mentally.

Our game against Seattle was everything I wanted it to be. Were they without some key players? Yes. Did Dempsey go out on a red because he can’t keep his hands to himself? Yes. But, defeating Seattle always feels sweet. We had some solid plays from Urruti, Lamah, and Barrios, and I hope the team we saw yesterday continues to jell together and puts games away.

Also, congratulations to Oscar Pareja on becoming the winningest coach in the modern FC Dallas era!