Water dance of Loons snuff out Chicago Fire in opener 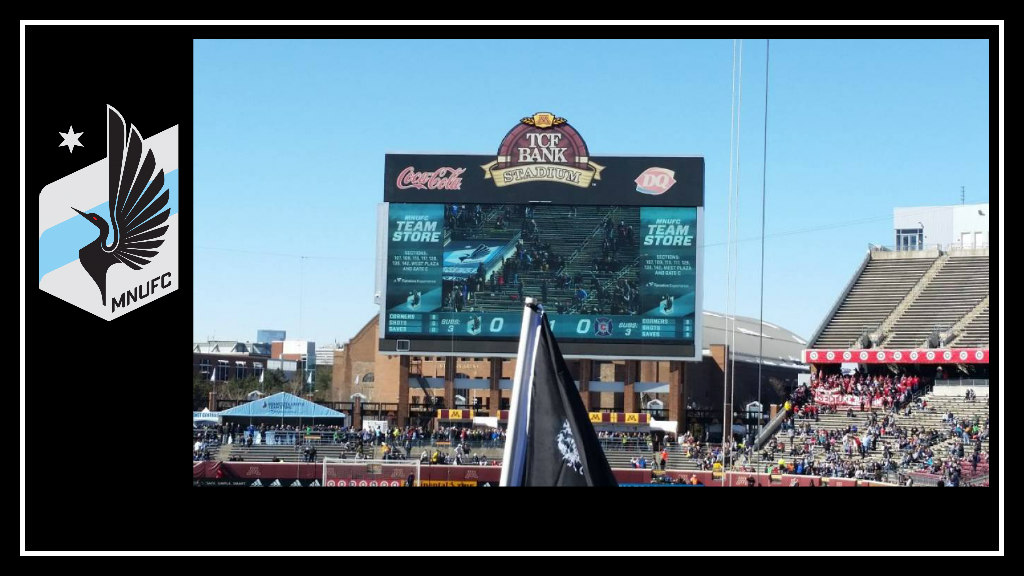 On Saturday night, Minnesota United FC put on a show for the sold-out black and blue and green clad crowd at TCF Bank Stadium, their temporary home on the campus of the U of M. Many feared a repeat of the 2017 home opener, when the Loons made their MLS debut in white-out conditions and gave up six goals, much too easily, to expansion rival Atlanta United. This home opener could not have been more different.

With speedy left winger Miguel Ibarra playing the central-mid role in place of Molino, flanked by Nicholson on his left and Finlay on his right, and communicating telepathically with withdrawn striker Christian Ramirez, the Loons were constantly pressing forward. Behind them, Schuller and Ibson were picking pockets left and right, choosing carefully their opportunities to send the ball forward. It was frustrating to watch that effort come to nothing the first half, especially with Chicago Fire’s attack, led by Nemanja Nikolic, outshooting Minnesota with five shots to two.

A last-second miscue or dispossession would dissolve the Loons’ momentum time after time. But still. They dominated. The shuffled lineup was cause for celebration by fans who were confused up to this point by Heath’s use of the bench. The midfield, in particular, a problem spot all last season and in the season opener in San Jose, earned the glory.

Without Ibson’s ridiculous footwork and dribbling, without Nicholson’s driving shoulder on the wing, without Ibarra’s speed and distribution, without Ramirez’s selfless hold-up plays, without Finlay’s crossing ability…

Ibson notched the first goal when he (for some bizarre reason) found himself on the receiving end of a Finlay cross in the 55th minute. Chicago keeper Sanchez got a glove on Ibson’s first shot but tipped it back his direction. Ibson made good on the second chance.

Chicago drew level at the 59th minute when the Loons’ defense seemed to lose their marks allowing Elliot Collier to rebound on a Nikolic shot and score in his league debut. The draw lit a fire under Minnesota, who all poured forward. Just seven minutes later, Finlay took off down the right wing and crossed the ball into the box meeting Nicholson, who snuck past a Fire line focused on the right wing. The midfielder pounced and launched a header past Sanchez who barely turned his head as the ball whistled past him.

Both sides had chances over the final minutes, but Minnesota’s defense held true and the squad continued pressing forward, refusing to ‘park the bus’, as they say. Instead, they said maybe.

The entire stadium seemed to hold a collective breath through stoppage time. Finally, the whistle sounded and 23,138 people (less the 200 Section 8 fans who traveled from Chicago) belted out Oasis’ ‘Wonderwall’ with their scarves held high.