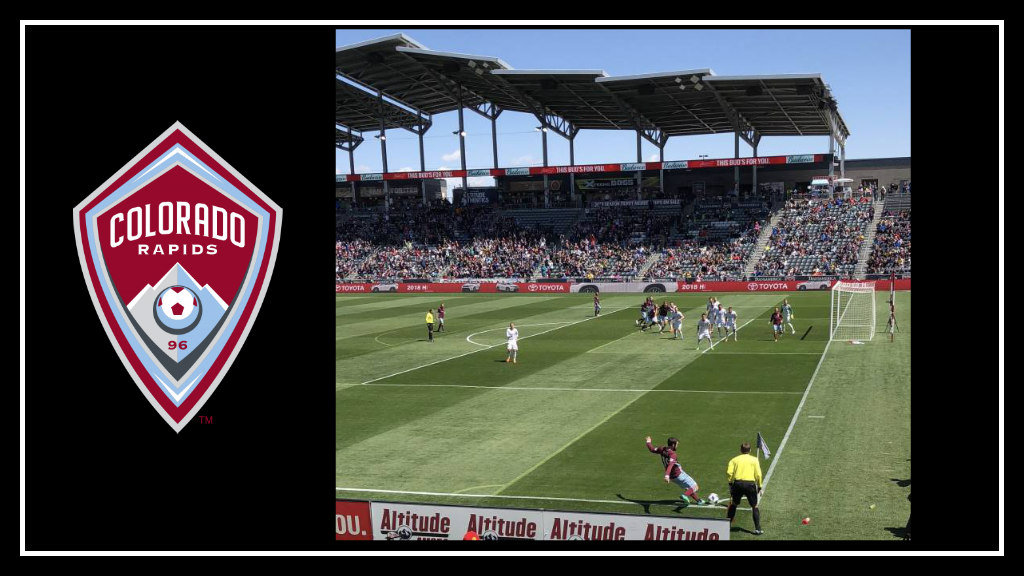 For the second time in 2018, the Colorado Rapids faced the reigning MLS champs, Toronto FC, at home. Toronto did not play with their normal starting lineup as Jozy Altidore, Michael Bradley, and Sebastian Giovinco were being rested for their first leg in the CONCACAF Champions League final on Tuesday against Chivas.

The first half started off with a bang as Jack Price hit home for the first goal of his MLS career within the first 90 seconds of the game. Kip Colvey passed the ball to the middle and Drew Moor attempted to clear it out of the box. Unfortunately for Moor, his clearance attempt put the ball right on Jack Price’s foot.

After a Toronto throw in, Jordan Hamilton (TOR) saw a chance to tie the game get deflected by the goal post in the sixteenth minute. Coach Anthony Hudson made his first substitution by pulling a poorly performing Kip Colvey and replacing him with an eager to play, Dillon Serna.

The Rapids kept their momentum up during the second half and did not sit back as we have seen them do in past games. After being plagued with injury last season, Shkëlzen Gashi was finally healthy enough to come in during the sixty-eighth minute to replace Jack MacBean.

Minutes after he came in, Toronto gave up a penalty kick when Liam Fraser took down Badji in the box but got more of Badji than the ball. Gashi stepped up for the kick and put it away for the second goal of the game and his first of the 2018 season.

Unsurprisingly, Jack Price picked up his fourth yellow card in five games in the eighty-fifth minute.

In the final minutes of the game, where Colorado has a knack for giving away goals, Tim Howard made an incredible save with his shoulder to maintain the clean sheet. At the final whistle, the Rapids walked away with three points and maintained their undefeated-at-home record for this MLS season.

ICYMI: @TimHowardGK was his usual self again.

Now, most of you who follow me on Twitter and read my writing understand that I am neither a Dominique Badji fan nor a Shkëlzen Gashi fan. However, I was thoroughly impressed by how both played on Saturday as they seemed to control the ball better than past games and move it around well. Notably, Gashi used far fewer touches in this game than he did last season. While it was only his first game back, I am hoping that this is an indication of what is to come with him.

It seems that Coach Hudson’s earlier comment about seeing a better team within four or five games has proven itself true. In the interview after the game Saturday, coach Hudson said that “…what we are seeing is a team that is working together,” and that “we’re not a team of individuals and that we have good players that are playing to a certain style and system…[the players] are all stepping up and fulfilling their roles within that system as well.”

The Rapids will face Real Salt Lake on Saturday, April 21 at Rio Tinto Stadium in a game for the Rocky Mountain Cup.