LA Galaxy Pride Night not One to be Proud of 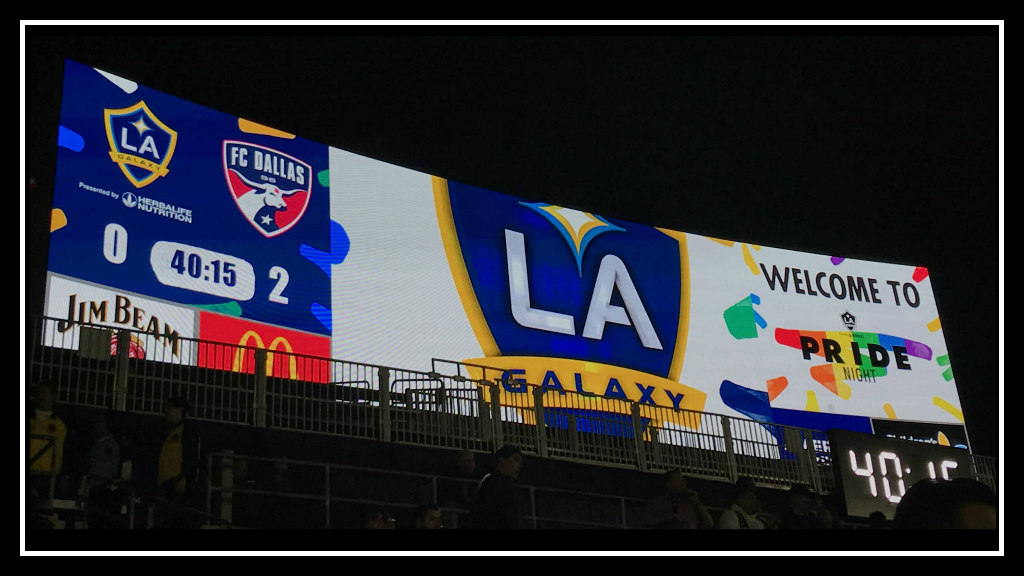 We are in season 22 of the LA Galaxy and currently it looks like the writers have no idea what they are doing. Tomas Hilliard-Arce got his second start. They have a poor back line of defense that keeps changing and lacks pace to track and defend center attacks. Ola Kamara should not be playing the left wing since it’s a waste of a valuable player. Michael Ciani and Emmanuel Boateng got subbed in the 58th minute, finally making it the 3-5-2 formation it should’ve been, moving Captain Ashley Cole to center mid, which is not a position for him to make plays happen. The attack and play got better.

These are just a few points that serve to support firing head coach Sigi Schmid. Anyone watching can tell the players are all frustrated, which affects their play. Sebastian Lletget had another disappointing performance.

It was like watching a re-run episode but with 18,003 viewers this match, which is great for a Wednesday evening. The Galaxy conceded two goals in the first half and then fought as hard as they could, but Zlatan Ibrahimovic was the one to score a brace. It was not enough as the Galaxy fell again at home 3-2 to FC Dallas.

This show has me so emotional; the yanking on the fans’ heart-strings, the angst, and the ‘will they or won’t they,’ especially in front of seven of my international guests, was hard to watch.

One of my ESL students raised my spirits, though, saying the important thing is to have faith and keep supporting. They were excited and satisfied with Ibrahimovic’s goals, but his performance seemed to be half-hearted. He would get the ball, but not create space for himself to shoot. In the 64th minute, he had a goal that was called offside. His consolation goal came in the 69th minute. His second goal in the 97th minute. You read that right, FC Dallas time-wasted so much that there was eight minutes of stoppage time.

The LA Galaxy are a star-studded cast and have talent. They had 12 corners all match and were even up a man by the 80th minute when FCD’s Cristian Coleman was given a red. They fought hard until the end, especially Romain Alessandrini, who gives 110 percent every match, and his shot hit the crossbar in the 84th minute.

From the 85th minute, the match got crazy. Chris Pontius came on for Hilliard-Arce in the 86th minute. Dallas players were falling down, LA fans were booing, and the referee made questionable calls. But, the team’s effort was too little too late.

David Bingham keeps making saves, which is super, but he wouldn’t have to work like that if the backline didn’t give up so many chances to the opponents. But, the touches and possession of the ball of the defenders begged the question if they’re used to playing pro. To top it all off, many fans still chanted the homophobic goalkeeper chant despite it being Pride Night. This match was embarrassing. The unusually gloomy weather in Los Angeles reflected my feelings.

Let’s put this game behind us like clicking next episode as we head to Portland. Kickoff is at 2pm on June 2nd.