A tale of three Uniteds 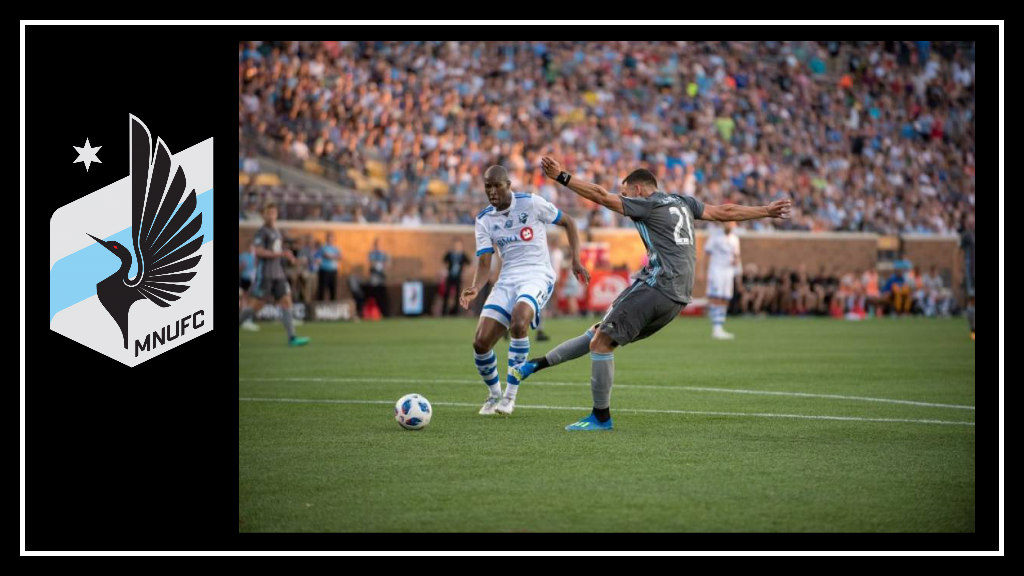 No, this is not another story about the naming shenanigans that sparked a [forced] rivalry between D.C. United, Atlanta United and Minnesota United. This is a story about one club with a history of three very clear identities before its promotion to MLS. And its ongoing struggle to define itself in its second year at this level.

Over a period of three weeks, MN United supporters have seen three very different teams. First, they watched a club hungry for revenge hold off [another forced] rival Sporting Kansas City to split the points at home. Then, in the final game of a month-long homestand, they saw their superhero Loons demolish Montreal Impact (I know what you’re thinking about Montreal but this story is not about them) and send their captain off to the World Cup with Wonderwall in his ears. And, finally, they travelled to Kansas City… to eat barbeque in anger.

I have already written about facing SKC at home so let’s focus on Montreal and SKC away. Against Montreal, center back and captain Francisco Calvo was determined to end media criticism with his best game of the season before joining the Costa Rica WC squad. And he, along with his linemates, performed quite well (against a lackluster Montreal attack, yeah, I know). So did a trio of Loons from the clear-identity days.

Ibson connected with forward Christian “Superman” Ramirez who found the net in his most beautiful chance yet, after just missing out on a number of assists from DP Darwin Quintero. Then midfielder Miguel “Batman” Ibarra notched one of his own to put United up 2-0 and secure a round of Wonderwall. It was like the good ol’ days in the NASL. Surely, such energetic group play could be repeated against a top team like Sporting?

But even with vocal Michael Boxall taking the captain’s armband and Brent Kallman slotting into Calvo’s place in the lineup; even with the two dancing Brazilians, Ibson and Gomez, paired up again in midfield; even with Batman running full steam for 90 minutes… It was not to be.

Loon defender Tyrone Mears (filling the space usually occupied by injured Jerome Thiesson) scored Minnesota’s only goal on the night. He evened the score just minutes after the club gave up yet another early goal. That goal and the previous paragraph just about sum up the highlights of the match.

The Loons would fall 4-1 in a performance that saw numerous turnovers in midfield (many by Gomez), defensive miscues following each midfield disaster, very few shots taken (because it’s hard to shoot if you can’t carry the ball into the final third) and a strange lack of connection between Quintero and Ramirez after weeks of moderately successful interplay at home.

It is understandable that this club has not formed an identity for itself in MLS. With so little consistency week to week, what is there to define? The only consistency seems to be in the supporters’ reactions on Twitter, often summed up as: “Well, I guess it could have been worse.”

Featured image: Chris Ramirez striking the ball that put MN up 1-0 against Montreal