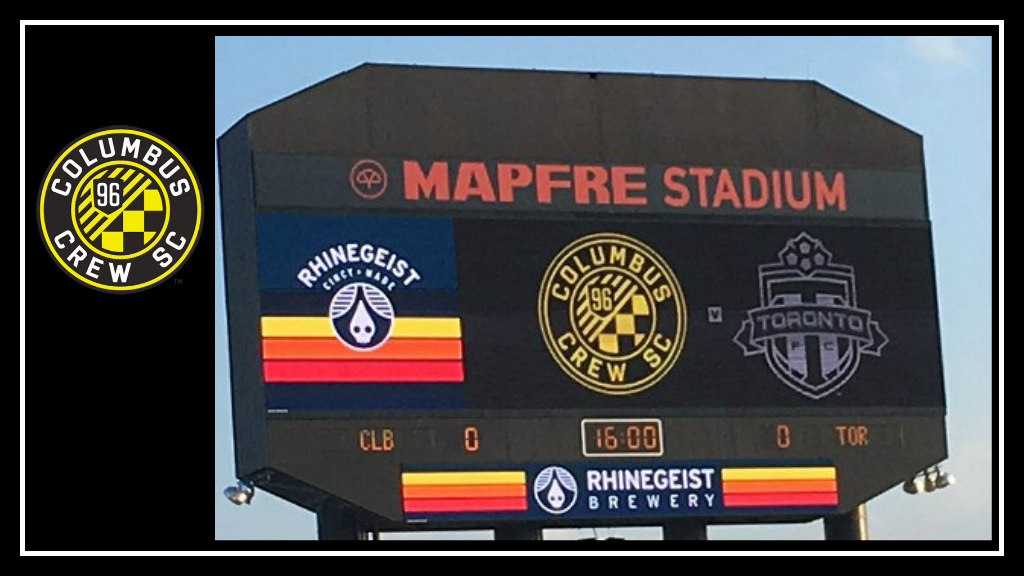 On Saturday, Columbus Crew SC took on Toronto FC for the Trillium Cup.  With Wil Trapp and Zach Steffen away on International duty, Jonathan Mensah and Pedro Santos out with injury, and Cristian Martinez out for disciplinary issues, Crew SC had Mike Grella and Niko Hansen start out on the wings, Ricardo Clark play in Wil Trapp’s spot, and Jon Kempin fill in for Steffen.

Crew SC did not play a strong first 60 minutes.  Due to a foul in the 17’, Toronto earned a PK that Victor Vazquez buried.  Tosaint Ricketts, a first-half sub for Toronto, scored a goal in the 38’, and Sebastian Giovinco buried a free kick in the 57’.   Down 3-0, it didn’t look great for the black and gold, but this team has proven time and time again that it shouldn’t be counted out.

Last November during the playoffs against Toronto, Michael Bradley commented on the Crew’s possible move to Austin essentially saying that Columbus hasn’t kept up with the league.  Apparently, karma can come back to get you as Michael Bradley struggled in the last thirty minutes of the game resulting in a 3-3 tie and the Trillium Cup being given to Columbus.

The first goal came off a corner kick earned when Michael Bradley deflected a ball from Eduardo Sosa for a Crew SC corner.  Frederico Higuain sent in a ball that Gyasi Zardes headed into the goal.  Then, Crew SC earned a free kick that Higuain sent in, Josh Williams headed it across the goal.  Bradley brought it down, but Homegrown player Alex Crognale stepped up on the ball and shot it into the bottom corner of the net.  Then near the end of the game, Bradley hit the back of Zardes leg in the box—resulting in a PK that Higuain buried to tie the game in the 90’.

Some thoughts about the game:

In the 62’, Gregg Berhalter decided to make all his substitutions at once sending in Eduardo Sosa for Hansen, Luis Argudo for Grella, and Alex Crognale for Abubakar.  I don’t know if I have ever seen this before, but all three subs definitely impacted the game in positive ways.

This was Sosa’s MLS debut, and I’ll be excited to see what the Higuain heir-apparent does with more minutes and more development.

If I haven’t said it before, I’m a huge fan of veteran Ricardo Clark.  This was a great offseason pickup by Gregg Berhalter.

This Saturday, Crew SC face the New York Red Bulls.  Let’s see if Gregg Berhalter and his team can continue their unbeaten streak to nine games.